Emotions were flowing in Tampa after Baylor defeated Notre Dame 82-81 in dramatic fashion. 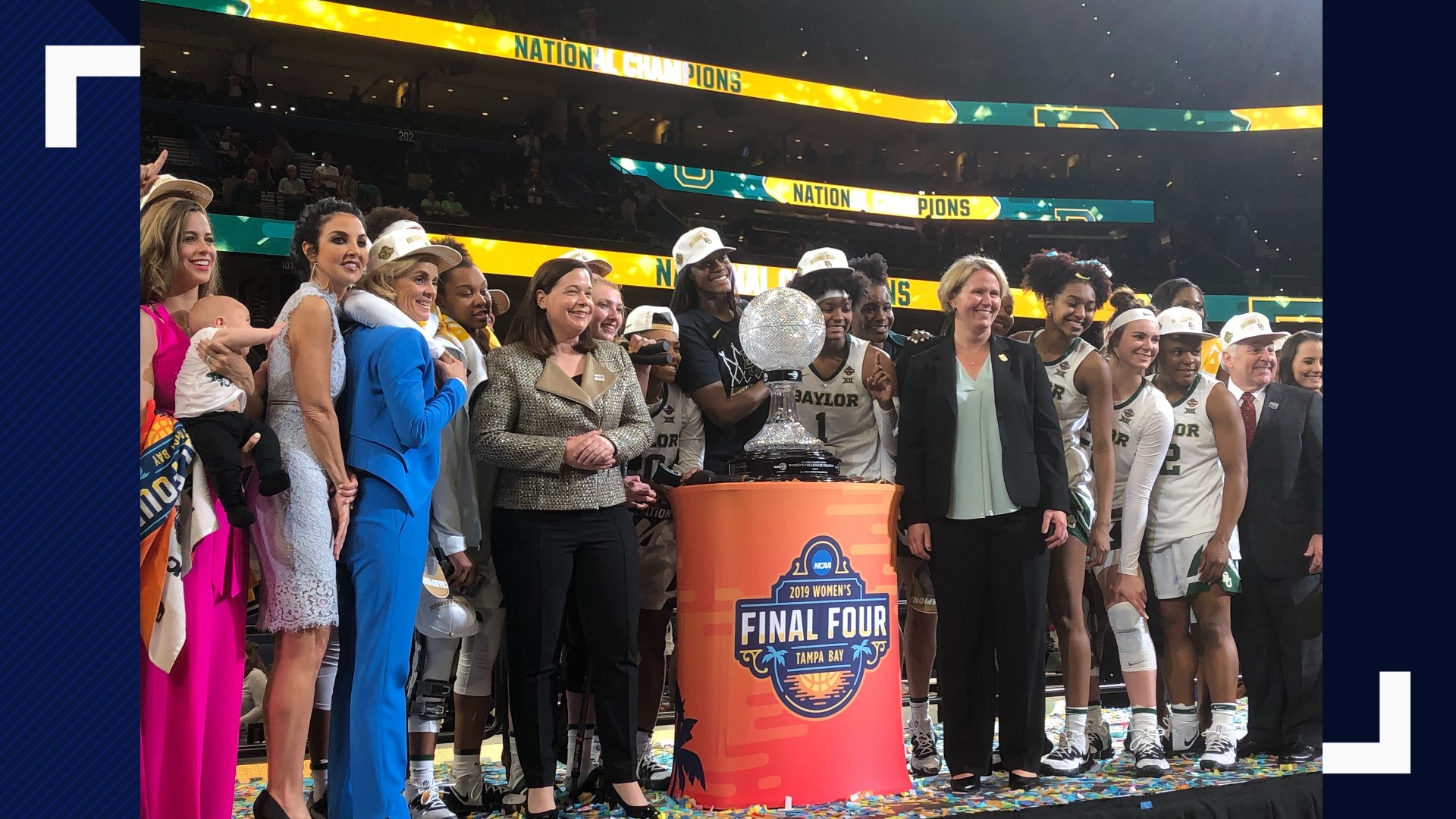 TAMPA, Fla. — Confetti fell, the net was cut and tears of joy flowed.

The Lady Bears put on an incredible performance against Notre Dame to secure the program's third national title. Now, only Geno Auriemma and Pat Summitt have more national championships as a coach than Baylor's Kim Mulkey.

Mulkey was emotional after her squad bested Notre Dame in the National Championship. In the third quarter, All-American Lauren Cox went down with a knee injury.

Baylor led by as much as 17 points before Cox's injury, and Baylor's defense absolutely stifled Notre Dame. Once Cox was out, the Fighting Irish lived up to their name, and they clawed out of the hole they were in.

Baylor stood strong in the face of adversity, and came out on top. Despite Notre Dame's push in the fourth quarter, Mulkey said her team's performance overall was dominant.

KCEN Channel 6 sports reporter Jessica Morrey went to the locker room after the game. Morrey asked players what went through their head as the clock finally hit zero.

Grad transfer Chloe Jackson, who was selected as the tournament's Most Outstanding Player, said a ton of emotions went through her mind.

Sophomore guard Moon Ursin said the win was a relief, because she was a big proponent of the team's motto "Together To Tampa" all season.

Sophomore guard DiDi Richards said she thought of her grandpa, who is from Tampa and recently passed away. She said she dedicated the win to him.

Freshman forward NaLyssa Smith played like a veteran against the Irish, putting up 17 points on seven of nine shots from the field. Smith said her play shows how deep the team is. Coach Mulkey praised the freshman's performance.

Lady Bear parents were in Tampa Sunday night to see their stars shine on the brightest stage. One parent said she never lost faith in Baylor, even when the game was tied.

Lauren Cox's mom said her daughter brought energy back to the team when she showed up to the sideline to keep cheering on her squad, despite her injury.

Although fans said they felt stressful when Notre Dame stormed back, they're pumped they made the journey to Tampa to witness history.