Danny's story: How a brain tumor patient got Chick-fil-A delivered on Easter Sunday

Danny Agee's family found out he had a brain tumor on Saturday. When Danny finally built up an appetite Sunday, he craved nuggets from Chick-fil-A. 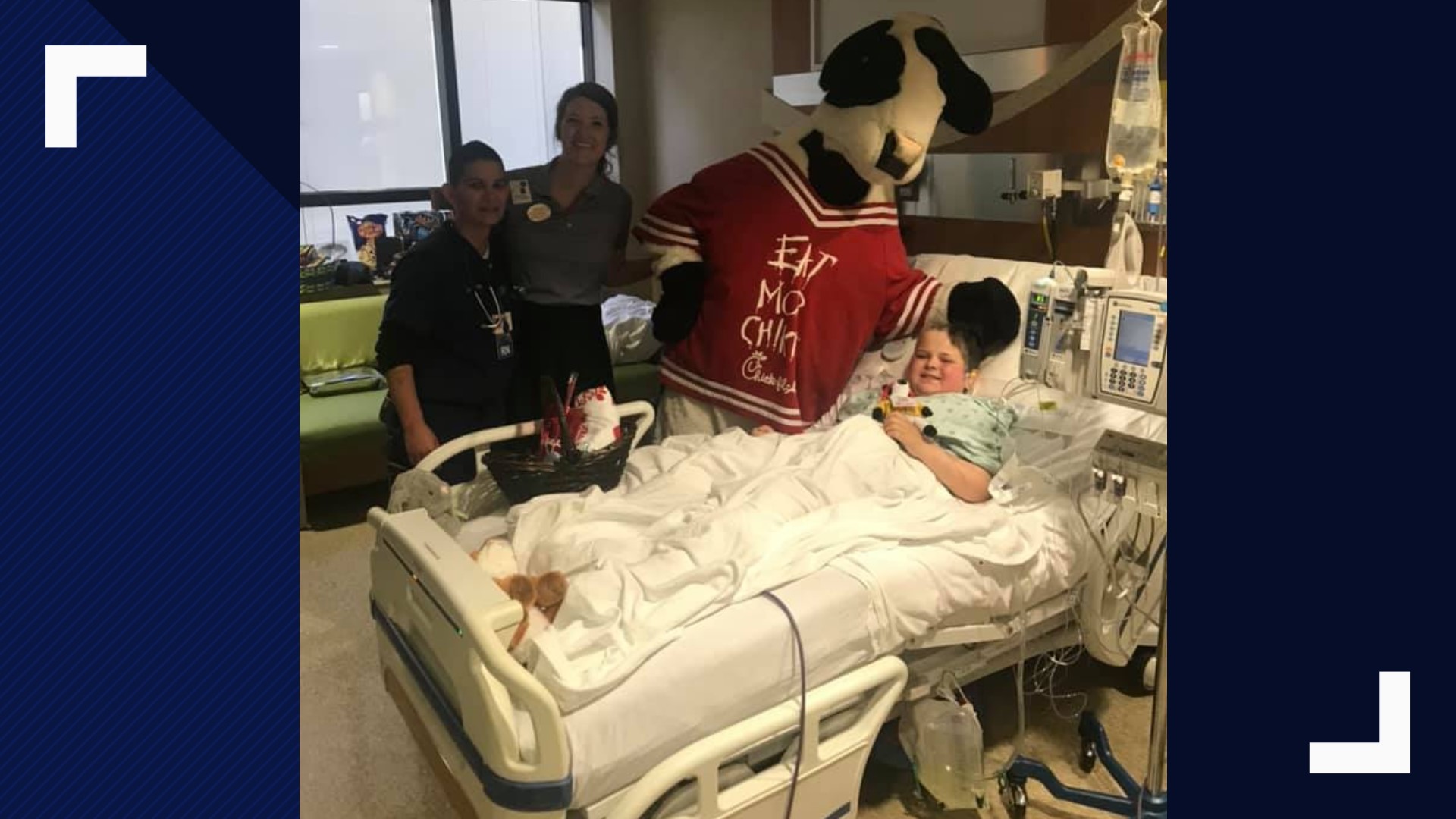 On Easter Sunday, staff at Baylor Scott and White McLane Children's Center and Chick-fil-A in Temple went above and beyond to help ease the family's anguish.

"We could never put into words the love and support we have felt today," Mandy Agee, Danny's mother, said in a Facebook post. "The waiting room was full of prayers, love and snacks. My phone was full of texts, calls and emails. Danny and the Agee family are very blessed by all of you."

Danny was diagnosed with Craniopharyngioma, which is a rare type of benign brain tumor, Mandy Agee said in the post. She also said the tumor was 5 centimeters long.

"We are confident in God’s plan and will for Danny and are praying for patience and strength," Joey Agee, Danny's father, said. "Time seems to have slowed down to a crawl as we watch Danny lying in the hospital bed, knowing we can do nothing but pray and let him know he will be OK, even though he still doesn’t know what he is going through."

A prayer vigil was held on Easter Sunday for Danny at a small chapel, his dad said in a Facebook post. Joey Agee said family, doctors, and more people showed support with their prayers.

Following Sunday's service, Danny was finally able to eat and drink. Of all things to crave on a Sunday, Danny wanted Chick-Fil-A.

"We said 'Alright Danny, you can have anything you want', and of course he picks his favorite," Joey Agee said. "We had to remind him that it was Sunday and Chick-fil-A is not open."

Even though it was Easter Sunday, the "Eat Mor Chikin" Cow and a manager from the Chick-fil-A on North 31st Street delivered the nuggets Danny coveted.

The Agee family was touched by the gesture.

"God, we will seek you no matter what, and give you praise because you deserve it," Joey Agee said.

Danny Agee's surgery to remove a brain tumor on his brain was originally scheduled for 8 a.m. Monday, but it was moved to noon, his Mom said on Facebook Monday.

Joey Agee said his son seemed to be in good spirits before the surgery.

"We watched 'The Incredibles 2' and joked around with each other," he said on Facebook. "He is resting and waiting as the surgery has been pushed back. We are praying for whoever needed that room."

At about 6:30 p.m. Monday, Joey Agee said on Facebook that his son's surgery was a success.

Danny went in to surgery at about 2 p.m. and things went smoothly, the post said. Although doctors didn't remove the tumor entirely, they did manage to drain it, make it smaller and install a port into it. According to the post, the port will allow doctors to drain the tumor if it grows again without going into surgery.

"Meet Danny Agee, a boy with a tumor that didn't defeat him," the post said.

On Thursday, Danny and his family sat down with KCEN Channel 6 after he was released from the hospital.

"At every moment God was just reassuring us that this was the right time," Joey Agee said. "They talked about the 'A Team' and having the best doctors coming in at this time and this was just great time."

As they left the hospital, they headed for the Chick-Fil-A on 31st street in Temple. The family was greeted with the chain's mascot and free meals for their whole party.

Joey Agee chalks up Danny's recovery as a miracle.

"It's really a story about how God can use everyday people stepping in and going the extra mile to create miracles."