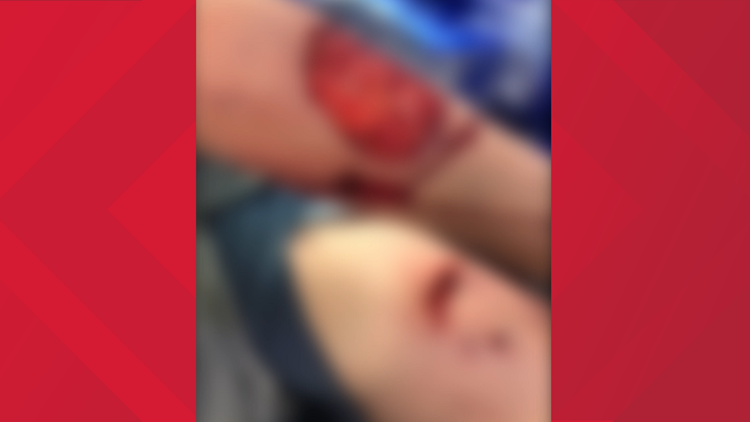 Photo by: Leslie Edwards
Pictures show the injuries a Waco real estate agent suffered after she was attacked by two dogs.

WACO, Texas — A Waco real estate agent was attacked by two dogs Sunday at a home she was showing, according to the owner of Better Homes and Gardens Real Estate-Edwards and Associates.

Leslie Edwards said the attack was so bad her agent had to be rushed to the hospital for emergency surgery.

Pictures show chunks of flesh were taken out of her legs.

Edwards said the agent was showing the home at 4100 block of Hillcrest Dr. for a second time to a man and woman.

The agent didn't know the two dogs, which Edwards said were pitbulls, were in the home's detached garage. When she opened the door the dogs lunged at her.

Edwards said the man tried to help her and lost an ear in the process.

"We at Better Homes and Gardens Real Estate-Edwards & Associates are shocked and heartbroken by the vicious attack on our agent and client," said Edwards. "This matter is under investigation, but what I can say now is that this has very much shaken those in the real estate community, and we ask everyone for continued prayers for fast healing and comfort for the two victims and their families.”

Bynum said this was the first time police had been called to the home because of trouble with the dogs but neighbors told police the dogs have gotten loose in the neighborhood in the past.

6 News was contacted by the homeowner Thursday, who issued the statement below.

"I want to express my apology to the victims. I don’t blame them in any way. I wish them a speedy and successful recovery. I know that as a dog owner, this is my responsibility. I did let my realtor know that the dogs were there. I feel like I did my due diligence," the homeowner said.

The pictures are below but be warned they are graphic.

Micheal Dean was unarmed when he was shot, killed by Temple police officer, new report shows

Mother: I lost my daughter to human trafficking in Bell County