If passed, House Bill 63 would decriminalize possessing under an ounce of marijuana. A district judge testified in favor of it Monday night, and several people from the law enforcement community spoke out against the bill. 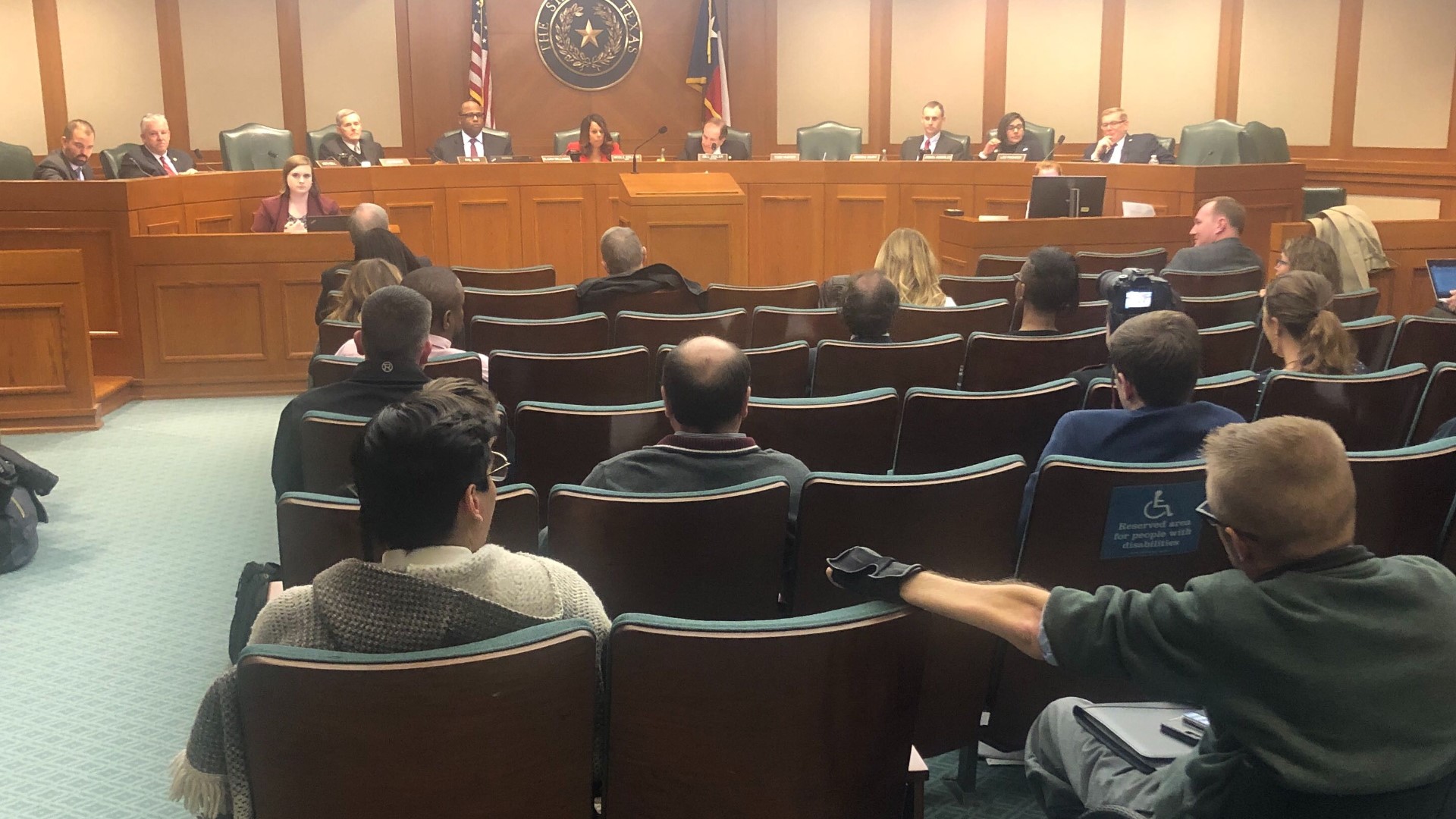 AUSTIN, Texas — Testimonies for a bill that would decriminalize the possession of small amounts of marijuana were heard during a public hearing Monday at the Texas State Legislature.

Among those supporting the bill were a judge and a marijuana activist from Hewitt.

"This bill is a great bill to support, because it would actually take that criminal penalty down to a civil penalty where you just have to pay a fine," Karen Reeves of CenTex Community Outreach said. "And it has bipartisan support."

Rep. Joe Moody (D-El Paso) filed the bill on Nov. 12, 2018, and it was referred to the House Committee on Criminal Jurisprudence on Feb. 11.

Of the five listed sponsors of the bill, three are Republicans.

Reeves' testimony was largely about her son's story.

She said Alex Reeves was arrested for being in the wrong place at the wrong time while on leave from the U.S. Marine Corps. The incident has affected his ability to get work and move out on his own.

The bill would amend several sections of the state's Health and Safety Code.

People possessing up to an ounce of marijuana would face "civil penalty" fines up to $250, instead of a class B misdemeanor. However, if a court found the person to be "indigent," or poor, it could waive the penalty and order the person to complete no more than 10 hours of community service.

“I’m back for the third time because I still believe this is good legislation that needs to pass," Brazos County Senior District Judge John Delaney said.

Even if the bill is passed, possessing between an ounce to 4 ounces of marijuana would lead to misdemeanor charges.

The bill has its critics though.

Several people from different law enforcement departments attended the hearing to speak out against the bill, saying they fear it will legalize the drug.

“We believe that the law as it is today is working," Grand Prairie Police Department Assistant Chief Ronnie Morris said. "Officers are given the discretion that they need to take enforcement action as they see fit on the street. It’s working, we’re not needlessly putting people through the criminal justice system.”

Morris said he has heard warnings from other departments in other states to avoid legalizing marijuana in Texas.

Moody reiterated that possession in the state would remain illegal, as HB-63 strictly addresses punishment.

"This is an important issue," Moody said. "It doesn't matter if you're a Republican or a Democrat, these laws impact people across the board."

The bill was the final item on the agenda for the committee's public hearing Monday.

Read the full bill below:

The committee left the bill as pending Monday night.