Hundreds of people in need get free food in Waco giveaway 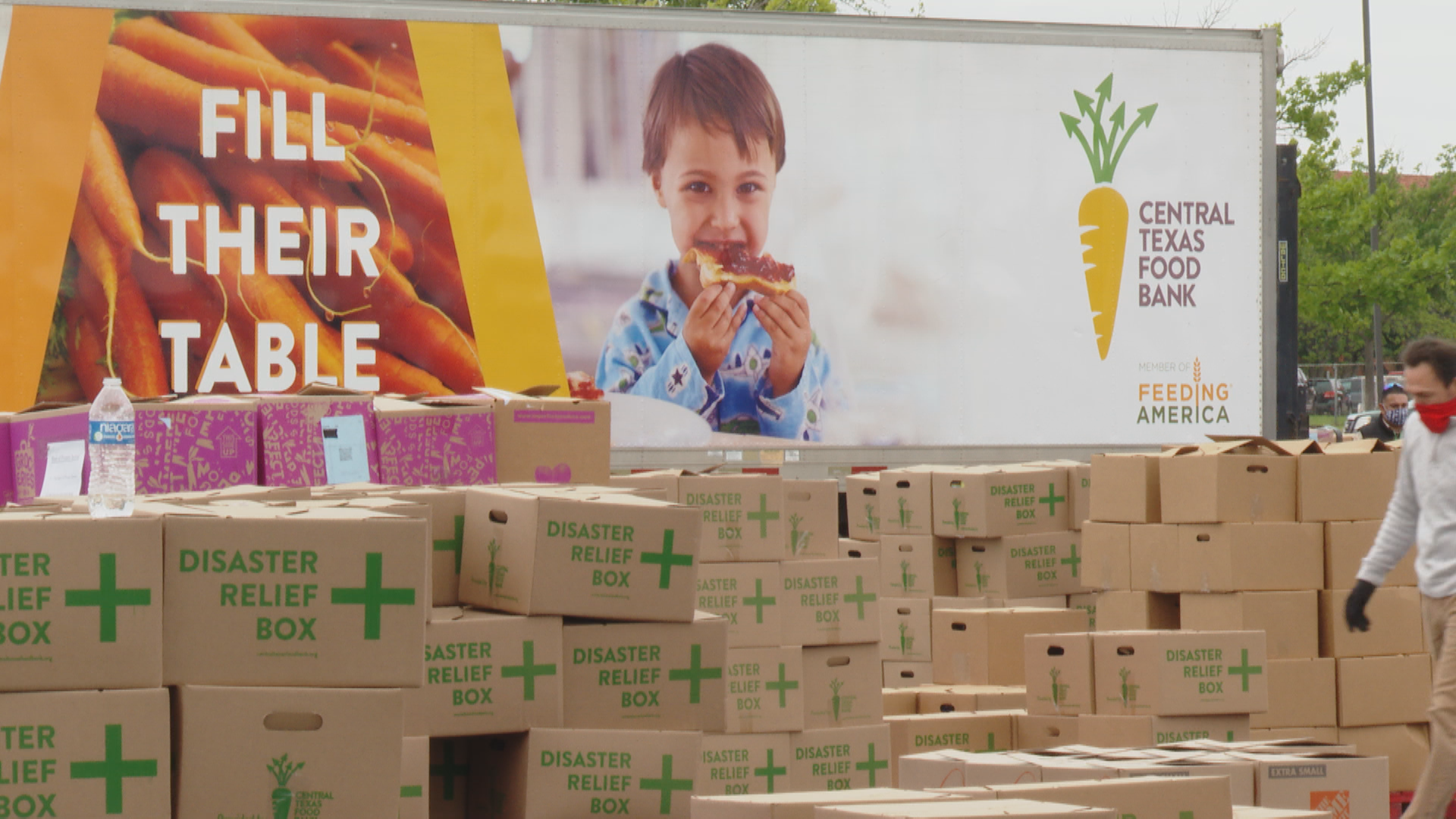 Those trucks, along with a few dozen volunteers, gave thousands of pounds of food to those who need it, including those whose jobs have been impacted by the coronavirus outbreak.

"It means the world," Recipient Natasha said. "It's super helpful, I'm glad that I'll be able to give my kids some food and keep some food in the house."

People running low on money, who were laid off and those whose hours or wages have been cut because of the pandemic were among the people in line.

"I was like, 'Man, I have got to go do something,'" Recipient Carrie Douglas said. "Because I was down to the last of my food."

From 9 a.m. until noon on Tuesday, cars were funneled one-by-one through the parking lot where their cars were loaded with two boxes. Those boxes totaled 48 pounds of shelf-stable canned food and frozen goods.

People who needed help said they were beyond grateful.

This was just the first of three similar giveaways in Central Texas, with many people across the country who need help as officials fight the spread of COVID-19.

"I just relocated down here from out of state on the 23rd of March," Natasha said. "I had a job lined up and, because of COVID, it got shut down and I just can't find a job. I can't find any help."

The information for the other two food giveaways from the Central Texas Food Banks is below.