The cost of training, hiring and equipment for a new Waco Police officer is $110,000; that's why it's important for the department to get grant money, they said. 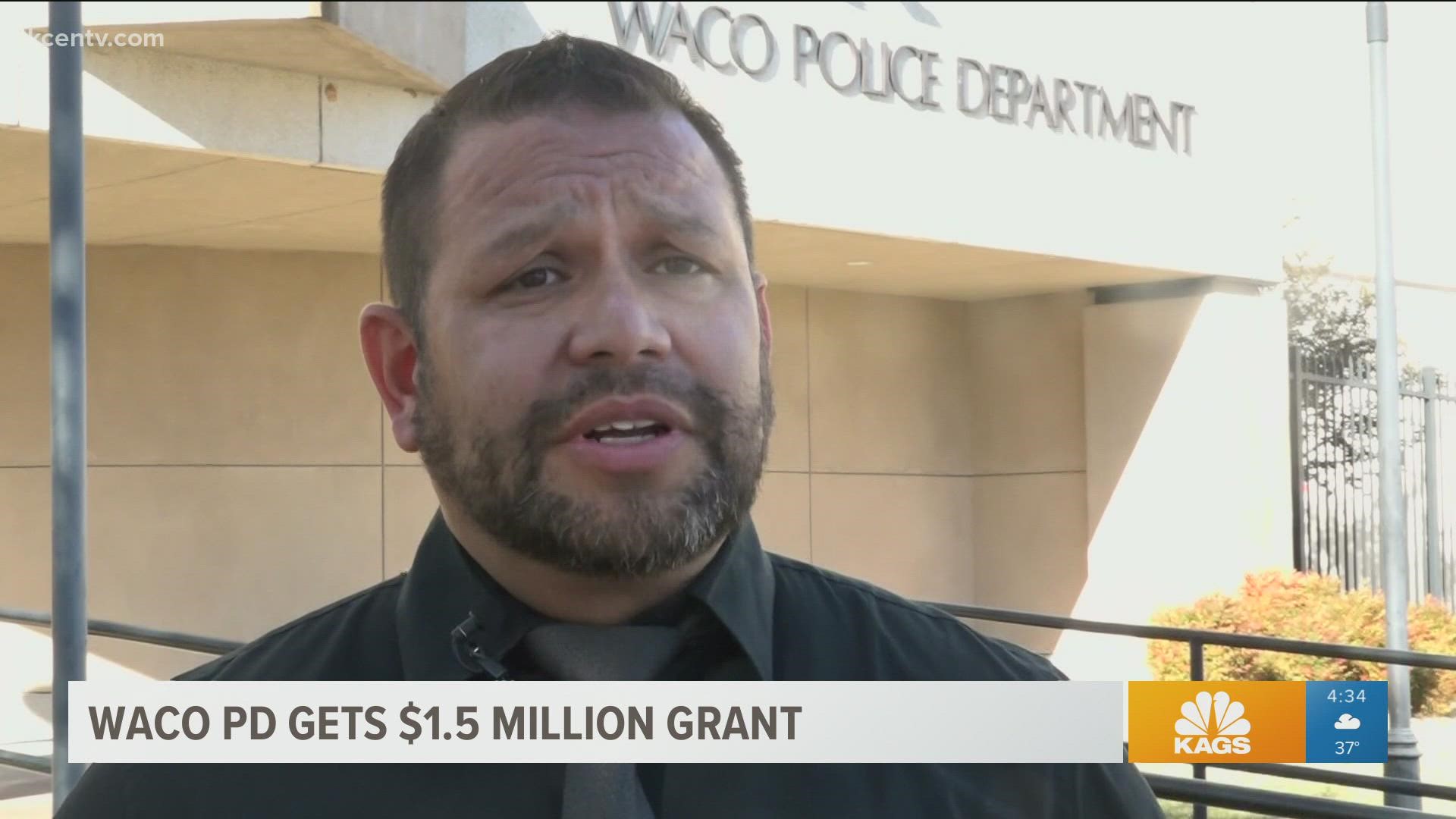 WACO, Texas — The U.S. Department of Justice recently awarded grant money to 183 police departments across the country, including the Waco Police Department.

Waco PD is getting an extra $1.5 million added to the budget.

"We received a $1.5 million grant from the Department of Justice for the Cops Hiring Program and so what it is it's just to hire 12 new police officers," said Waco Police Spokeswoman Cierra Shipley.

Waco PD say they will be using the additional money to bring more people onto the department and although they are excited to start the process, it's not easy and certainly not cheap.

But hiring the new 12 officers wouldn't be possible without the grant. Shipley says the cost of training, hiring and equipment for a new officer is $110,000.

With the cost covered by the grant, all the department has to worry about is finding the people, which hasn't been easy.

"Police departments all over the United States are trying to figure out how do you keep your employees here," said Detective Babe Torres, who is in charge of recruiting officers for the Waco Police Department. "There's just a lot of stuff going on in this country."

Torres says police work is a way of life and they're not looking for just anyone to serve on the line of duty.

"We're trying to hire people that are willing to stay for the duration of their career here," he explained.

Torres tells 6 News many don't understand today's police work and people are drawn away. But he and the department are hopeful with the growth in Texas and in Waco, they'll get the right people to protect and serve. It's just going to take some time, he said.

"The application process is its own, and that takes a couple of months," Torres explained. "Then once we get through the application process as far as after the civil service exam, the training phase of what's going on before officers actually hit the streets -- it's probably about a year and a half."

Waco PD currently has more than 260 officers; that includes everyone on patrol up to Chief Sheryl Victorian. But if you ask anyone in the department, you can never have enough on the line of duty.

Waco PD will be taking applications for these new roles at the beginning of the new year. The department doesn't have an exact date yet.

Of the 183 agencies awarded grants, approximately half will use the funding to focus on building legitimacy and trust between law enforcement and communities; 41 agencies will seek to address high rates of gun violence; 21 will focus on other areas of violence; and 19 will focus CHP resources on combating hate and domestic extremism or supporting police-based responses to persons in crisis, according to the AG.

Other agencies in Texas receiving grant funding include Houston, Brownsville and Weslaco. The entire list can be viewed here.