The 2-year-old dog who had supposedly found his forever home was returned by his adopters, now marking 420 days that Rusty has been in the shelter. 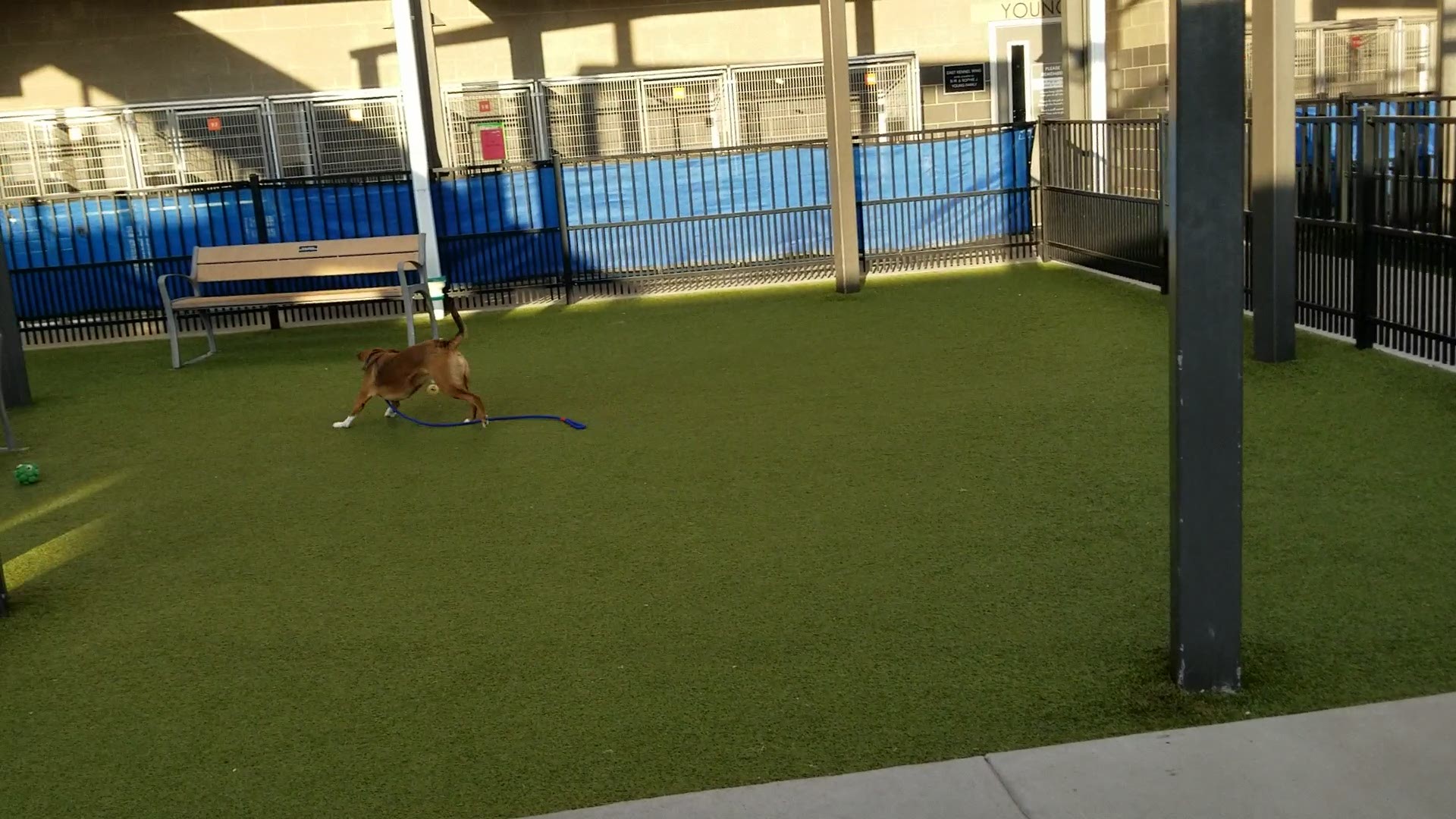 WACO, Texas — After a mere 24 hours with his new family, Rusty the dog was returned to the Waco Animal Shelter.

In an updated release, the shelter said Rusty was returned because he was "too much work." The German Shepard and Catahoula mix has now been in the shelter for a total of 420 days, meaning he has been without a family for half of his life.

The German Shepherd and Catahoula mix, named Rusty, was adopted by a couple after Rusty spent time in numerous training sessions, behavior classes and living in a foster home.

Rusty first entered the shelter when his original owners surrendered him as a puppy in February 2020 because he was "hyper." He was placed in a foster home for two months and then sent to a rescue in Idaho with several other shelter pets. However, after the two months, Rusty was sent back to Central Texas as they were not able to find him a home.

In the following months, Rusty reportedly became depressed and frustrated, causing him to act out in his kennel and be highly reactive toward other dogs.

Later that year, in November 2020, Rusty was adopted and shelter staff thought he had finally found his forever home. Yet, a month later, he was again surrendered for being "destructive."

The Waco Animal Shelter said that was when three things happened that turned Rusty's luck around. First, the shelter implemented a program called Dogs Playing for Life where every shelter animal participates in play groups regardless of their breed, age, behavior or history. Rusty was one of the first dogs to enter the playgroup and the shelter said he did amazing.

The second event was that Rusty participated in group behavior training classes.

"Rusty was by far one of the super stars in the group, learning every command and paying close attention to his handler," the shelter said.

The third thing that changed Rusty’s life was getting into a foster home. Volunteer and Play Group Coordinator Zane Litle took him home with her to decompress from the shelter environment.

"He played with her dogs, jumped in the pool, went on social outings, and enjoyed every minute of his time with her," the shelter said. "It was clear that Rusty just needed exercise, enrichment, and human and dog interaction, and he could thrive."

However, after only a day with a new family, Rusy is once again under the care of the Waco shelter.