"It's all hands on deck," Gov. Greg Abbott tweeted. 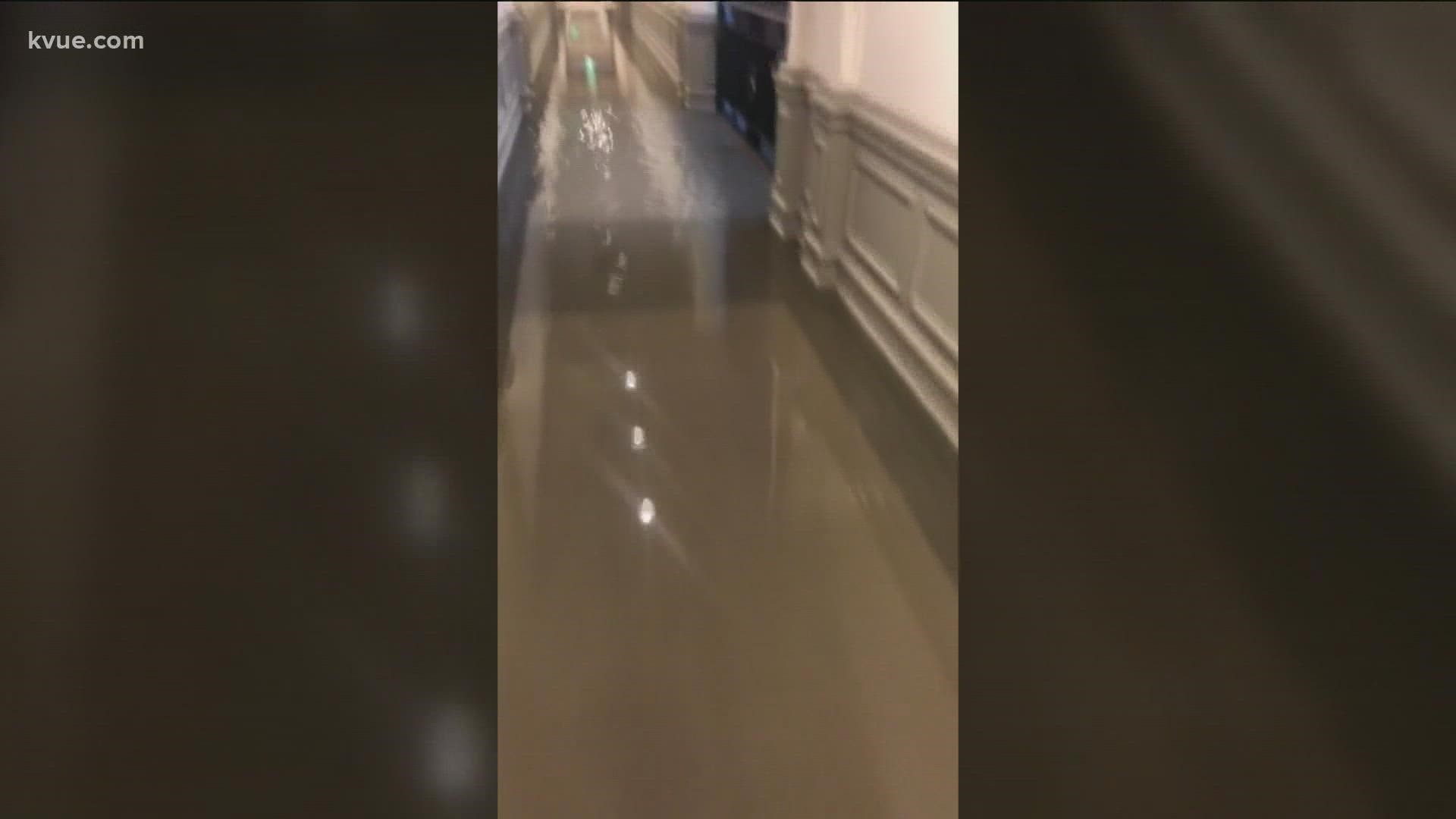 Austin's metro area was including in the Flash Flood Warning, and even the Texas Capitol building experienced some flooding issues.

Texas Gov. Greg Abbott said on Twitter that the State Preservation Board is working with the Governor’s Office as well as all applicable agencies to address flooding at the Capitol stemming from Sunday's storm in Austin. A spokesperson for the State Preservation Board told KVUE the flooding was caused by a stormwater drain getting clogged, backing up water into the capitol extension. The spokesperson also said that "water damage has not been fully assessed but at this time the epicenter of the flooding is on the E2.200 and E2.300 hallways."

"The flooding involves less than 1 inch of water in these areas and recovery operations will continue throughout the evening to minimize disruptions to legislative business on Monday," the State Preservation Board continued in its statement to KVUE.

"It's all hands on deck," Abbott continued in the tweet.

The State Preservation Board is working with the Governor’s office as well as all applicable agencies to address flooding at the Capitol stemming from the current storm in Austin.

It’s all hands on deck.

On Sunday evening, Texas House Rep. Will Metcalf tweeted an update via a letter he wrote to other House members. In the letter, Metcalf said water damage to the Capitol Extension had been managed. The letter stated that the majority of the affected area is located in the E1.200, E1.300, E2.300 and E2.400 hallways.

Videos online showed water falling from the ceiling onto the floor in the Capitol building, which then accumulated and ran over into the hallway.

Regular House business resumed as normal on Monday, Aug. 16, and the second special session will begin as expected at 4 p.m., according to Metcalf's letter.

Afghan president flees as Taliban moves on Kabul, US Embassy tells Americans to shelter in place