A 13-year-old male from Florida was the only victim in a crash that left multiple people injured, Texas DPS said. 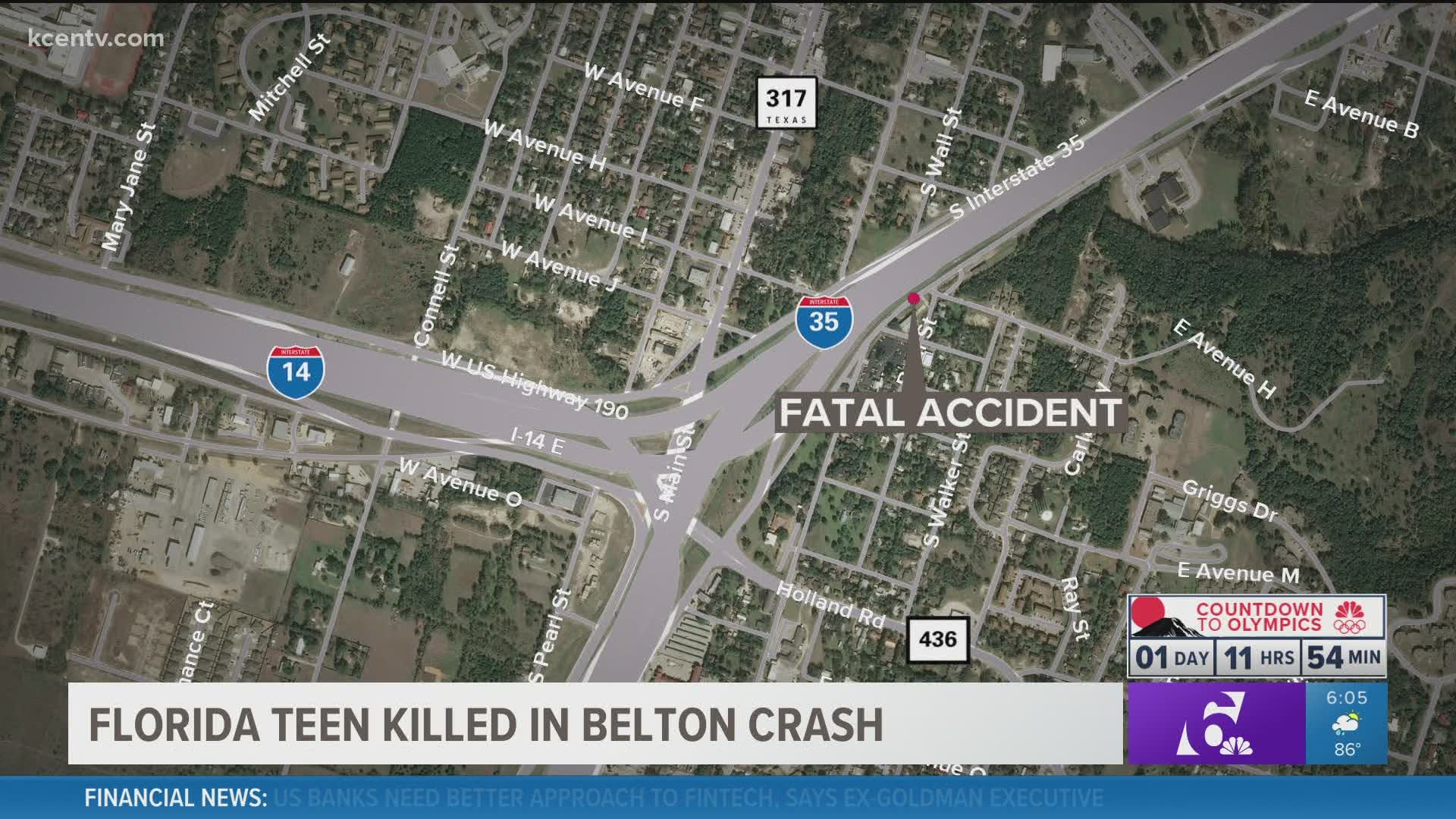 BELL COUNTY, Texas — A 13-year-old male died in a seven-vehicle crash on northbound I-35 near Shanklin Road the morning of July 20, according to the Texas Department of Public Safety.

The teenager from Florida was not identified by officials due to the fact that he was a minor.

The crash happened after a driver ran into traffic in a construction zone head-on at full speed after not noticing the back-up, DPS said.

TxDOT had the northbound lanes closed down to one lane for emergency construction. The crash caused a several mile backup, officials said.

A total of 12 people were involved and at least six people were transported to a nearby hospital. The 13-year-old was the only reported victim so far. Two of the victims were under the age of 17.

The highway was closed for nearly three hours.