They started operating out of a food truck then moved into Union Hall during the pandemic. Now, they're hoping to expand to another location. 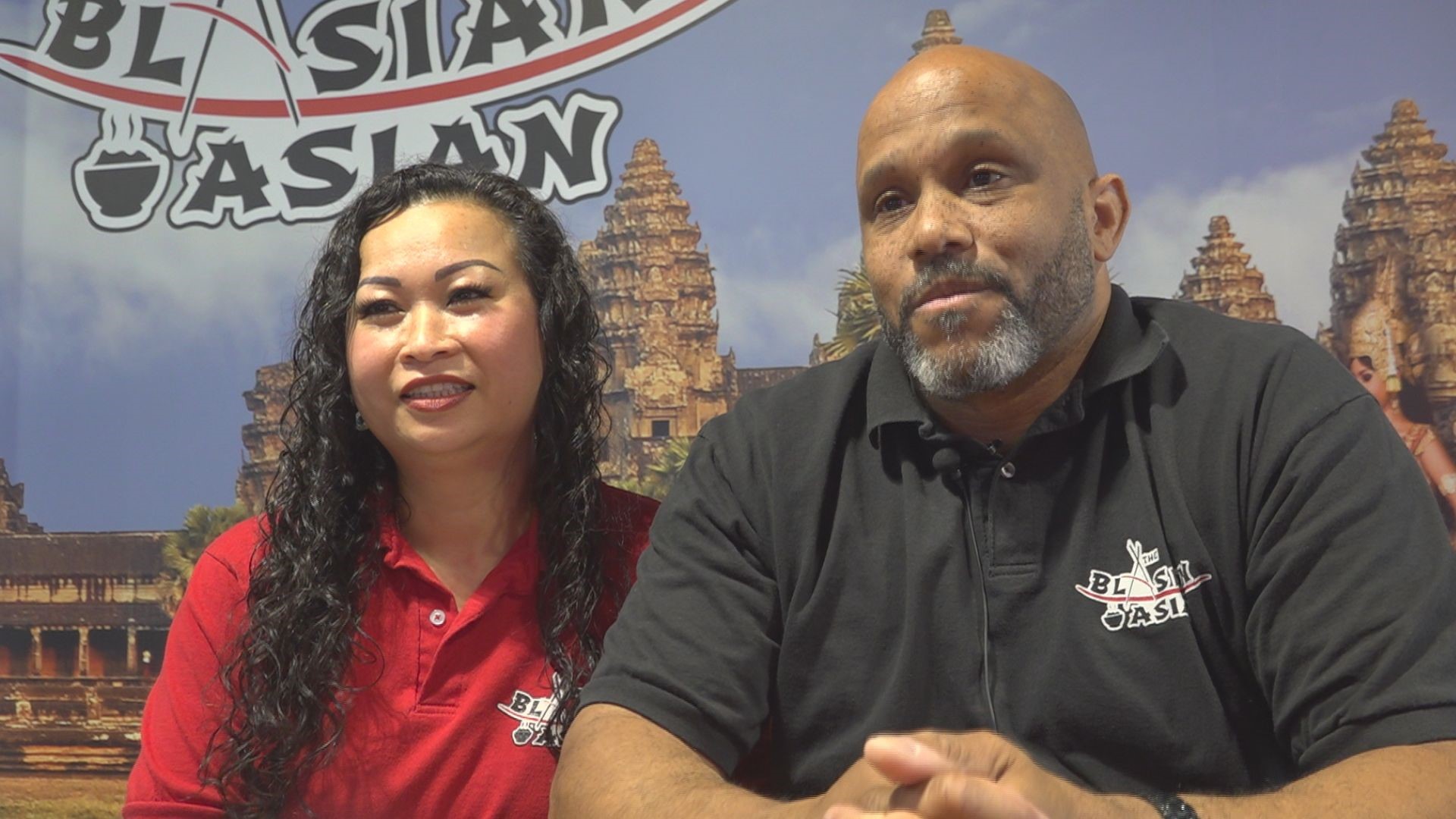 WACO, Texas — Michael and Chavrat DuBose, also known as Chevy, started The Blasian Asian in 2016, which operated out of a food truck.

"After our very first day we both sat and looked at each other and thought holy smokes what did we get ourselves into?" Michael DuBose recalls.

Just days before businesses were forced to shut down due to the pandemic, the couple opened up their own spot at Union Hall, an eatery in downtown Waco.

"I'm so grateful and thankful for all the families calling us and supporting us," Chevy said.

Opening a business wasn't initially a part of the plan when they moved to Central Texas from Seattle. But Chevy said she couldn't find Asian food like back home in Cambodia, so she began cooking for her husband, his coworkers and their friends.

"When I shared with friends and family, they loved it so much they said we didn't like Asian food before but this is so good," Chevy said.

It's a family business and their kids work alongside them. The name Blasian represents their daughter who is Black and Asian.

"Our daughter, which is the combination of both of us is the Blasian," Michael said.

Chevy said cooking is her passion and that the positive feedback keeps her going. They both said they feel at home in Central Texas thanks to the community and that they couldn't do what they do without their staff.

"We didn't have family here in Texas when we moved here, our customers are like family to us," Chevy added.

They couple said they're hopeful to be able to expand into another location by the end of 2021.

You can find the Blasian Asian at Union Hall in Downtown Waco and they are currently hiring.