Maj. Gen. Donna Martin said Aaron Robinson's story of where he was the night Vanessa Guillen disappeared didn't match up with where his cell phone pinged. 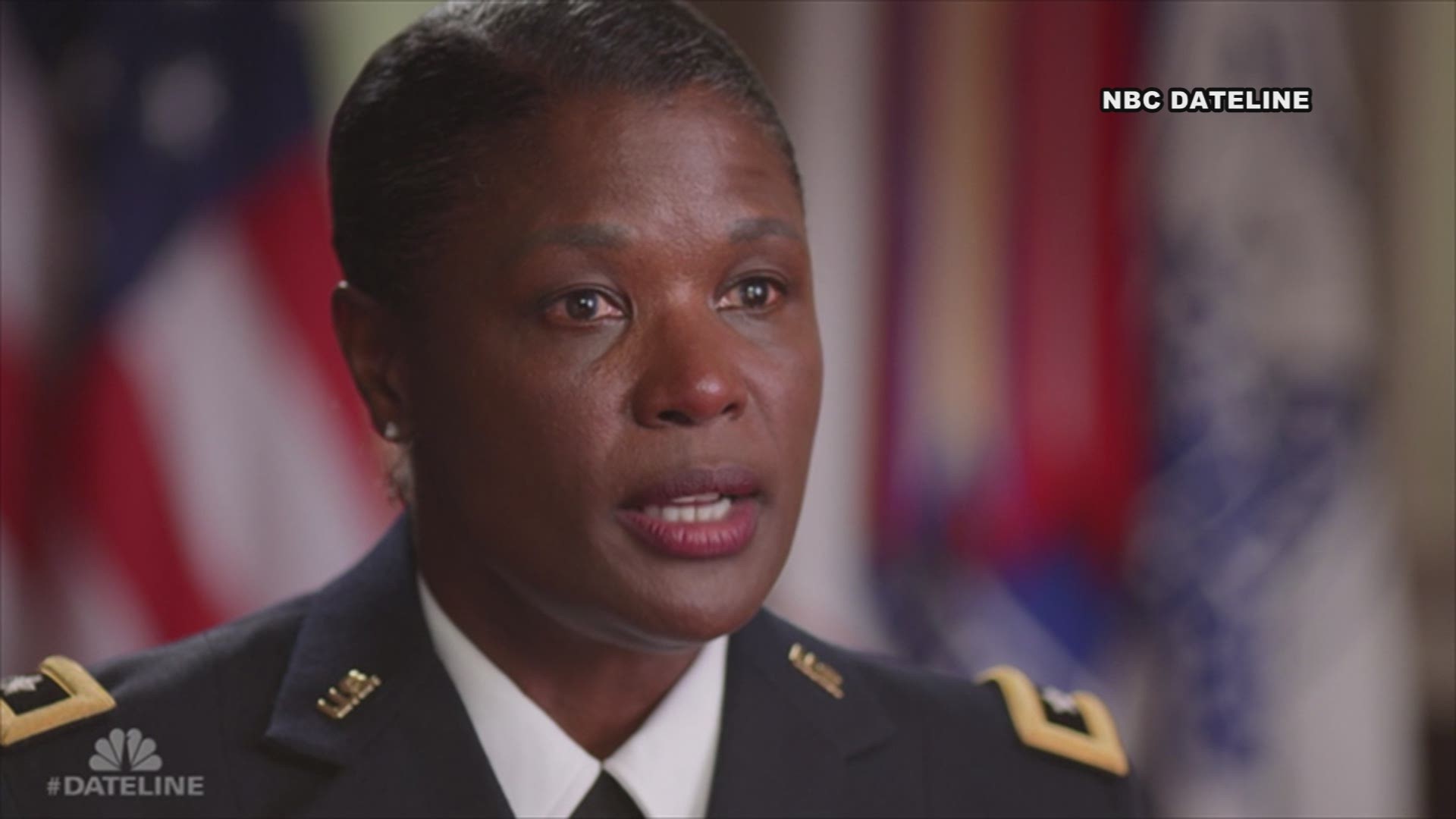 FORT HOOD, Texas — The commanding general of the U.S. Army Criminal Investigation Command said three soldiers made an "unintentional mistake" when they reported seeing Spc. Vanessa Guillen leave an arms room on Fort Hood the night she was killed.

In an interview with Andrea Canning for NBC's Dateline, Provost Marshal General of the Army and Commanding General of U.S. Army Criminal Investigation Command Maj. Gen. Donna Martin talked about the interviews conducted by investigators and how they came to believe Spc. Aaron Robinson was the suspect.

According to a criminal complaint filed by the U.S. Attorney's Office, Robinson killed Guillen in an arms room on post April 22, then, with the help of Cecily Aguilar, he dismembered her body and buried the remains near the Leon River in Bell County.

Guillen's remains were found June 30. Robinson shot and killed himself in Killeen early the next morning as police were approaching him.

The complaint said a witness reported Guillen originally left the arms room where she was working to visit the arms room at another location on Fort Hood, the one under the control of Robinson, to confirm serial numbers for weapons and equipment.

"They had seen Vanessa leave the arms room and they gave us a time that indicated she left after her encounter with Specialist Robinson," said Martin. "Now, we believe that was an unintentional mistake, 'cause they weren't paying attention to their watches or the time."

Martin said once Guillen did not check-in efforts were made to contact the people who saw her last and her family.

"So, you know, I think it's, it's important to understand that Vanessa was a good soldier," said Martin. "And so, this was unusual for her not to check in. And so, the first thing the unit does is try to contact other unit members; the last people who had seen her. They also contacted her family to see if she had maybe finished her task and then gone to Houston."

Guillen was reported missing April 23 but the family attorney, Natalie Khawam, disputes Fort Hood's claim they contacted the family first. She said it was actually the family who contacted Fort Hood to say they had not heard from her.

Martin said once she was reported missing a massive effort began on post to find her. The Fort Hood Press Center sent out releases with pictures of the search efforts.

"No one had found her," Martin said. "No one knew where she was and so, that starts to raise the level of concern. And so, over 500 soldiers turn out at this point."

Martin said the investigation was focused on Robinson because of pings from his cell phone.

"So, he tells us initially that he was home -- for the rest of the evening but because we were able to ping his cell phone, his alibi begins to break down," Martin said. "And we can actually ping his cell phone that evening to suggest that he left. He came back to the unit."

Martin said Robinson's cell phone also pinged at the Leon River on the night Guillen was killed. She said Robinson never said that to investigators.

Phone data from Robinson's and Aguilar's phones also indicated the two had been somewhere along the Leon River on April 23 and April 26, according to the criminal complaint.

The criminal complaint alleges Robinson had been confined to his barracks on Fort Hood before June 30 but left post that night.

"So, he is brought back in, on Fort Hood as a result of COVID precautions," Martin said. "And so, at that point he realizes because of the text messages of what is goin' on and he flees."

According to the criminal complaint, Aguilar told investigators on June 30 Robinson had admitted to killing Guillen with a hammer on April 22.

Aguilar was charged with multiple counts of conspiracy to tamper with evidence. She pleaded not guilty and was set to go to trial in a Waco federal court on Sept. 28.