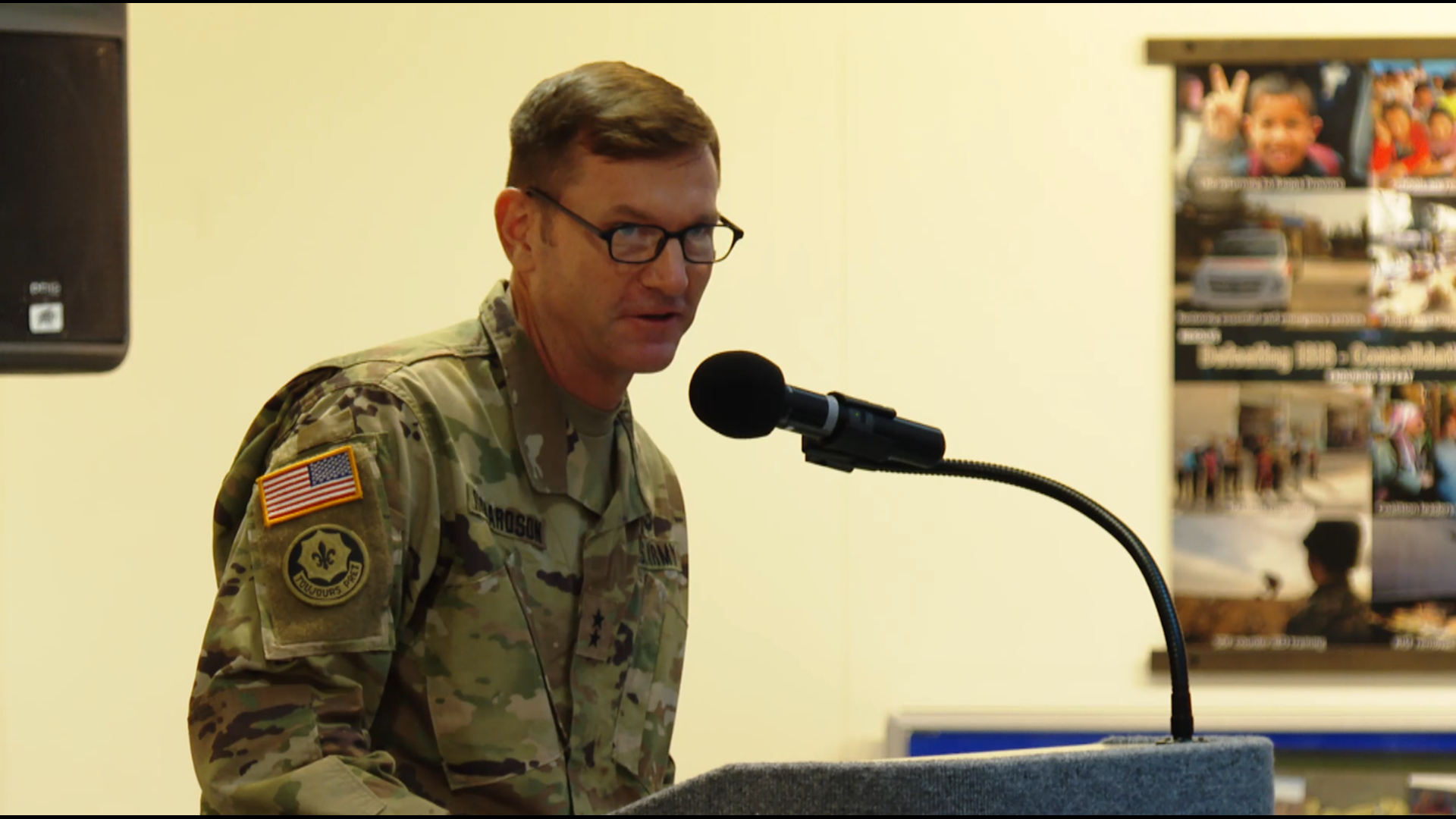 Garrett wasted no time in addressing the ongoing investigations into the events surrounding the death of Pfc. Vanessa Guillen.

"I believe in the strength of this community and I know you will help us learn and grow as we face uncomfortable truths and mourn the recent and tragic losses of some of our very own," Garrett said. "Specialist Vanessa Guillen and Sergeant Elder Fernandes and many others, our Army will never forget their sacrifice, their service or their deaths."

Guillen was killed on post April 22. Her remains were found buried near the Leon River in Bell County June 30. Fernandes was found hanging from a tree in Temple Aug. 25. His death was ruled a suicide.

Richardson takes over operations from Deputy Commanding General Scott Efflandt who will stay on post in a support role.

Garrett said the change in command was already scheduled. Efflandt was supposed to take charge of the 1st Armored Division at Fort Bliss in El Paso but that was stopped while the investigation into the disappearance and death of Vanessa Guillen continues.

Garrett spoke about the importance of rebuilding trust in Fort Hood.

"This is one of the reasons why the Army has implemented Project Inclusion and we, at forces command, have implemented a program called foundational training here at Fort Hood and across all of our installations," Garrett said. "What foundational training day is, is protected time aimed at learning more about one another, learning about the issues that may affect soldiers lives, on and off duty and allow leaders to be proactive in identifying and implementing solutions."

Garrett talked about two new operations to be launched in the coming weeks; Operation Phantom Action by III Corps and Operation Pegasus by First Cavalry Division.

"Both of these initiatives focus on improving trooper welfare, identifying stressers, improving communication, increasing trust, and linking soldiers with families with available resources to increase resiliency and readiness," Garrett said.

Richardson returns to Fort Hood for the second time in seven years. He said his number one priority will be to build "inclusive and cohesive teams."

"To build these teams we must continue to strive for an environment of inclusion based on a climate of genuine trust and care for our teammates," Richardson said.

Richardson said he would meet with all the leaders of Fort Hood over the next two weeks.

"We will be rolling out Operation Phantom Action in the coming weeks which will include a five day stand up focused on team building at every echelon of leadership and making the reset the number one priority at Fort Hood," Richardson said. "We are clearing less important tasks off the calendar to provide time that they need to properly counsel, care for and truly get to know their soldiers before moving on to the next requirement." 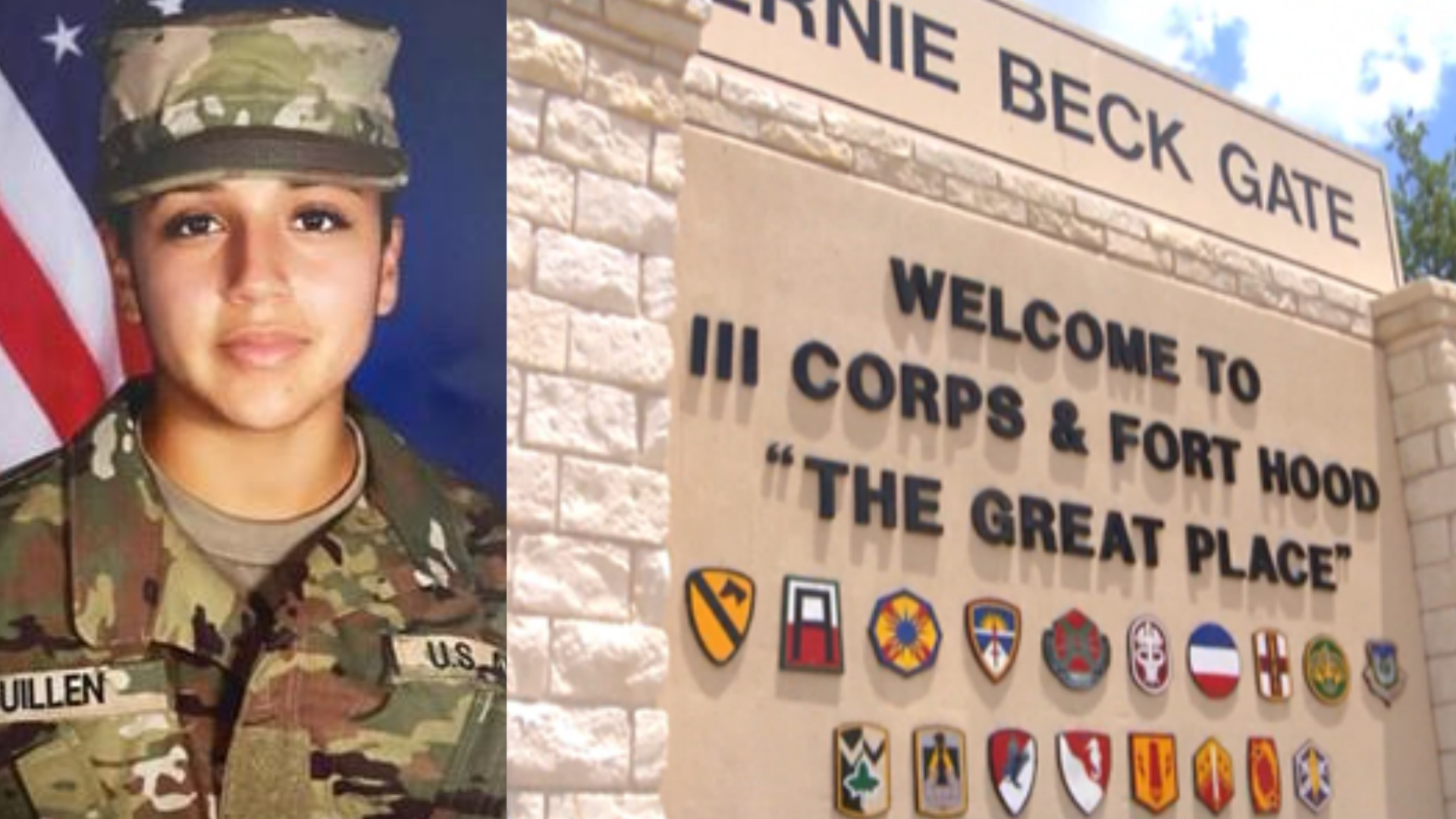 Army Chief of Staff Gen. James McConville addressed what Efflandt's role will be during a call with national media outlets on Monday.

"So, really what's happening is General Efflandt is sliding over into the S (support) position and basically he's being held until we find out what the results of the independent reviewer and the 15-6, said Army Chief of Staff Gen. James McConville in a press conference Tuesday. "He's not been relieved."

Garrett announced Wednesday Gen. John Murray, commanding general of Army Futures Command, and one of the Army’s most senior commanders will lead an in-depth investigation into the chain of command actions related to Guillen's death.

An independent investigation was ordered by Secretary of the Army Ryan McCarthy to look at the command climate on Fort Hood and in the community. Garrett said that investigation is separate from the investigation Murray will lead.

Garrett recognized the the trust that's broken between the installation and the Americans across the country. He said there is only one way to fix it and that's with the truth.