A Waco cemetery is becoming an eyesore - and one councilman is looking to change that. 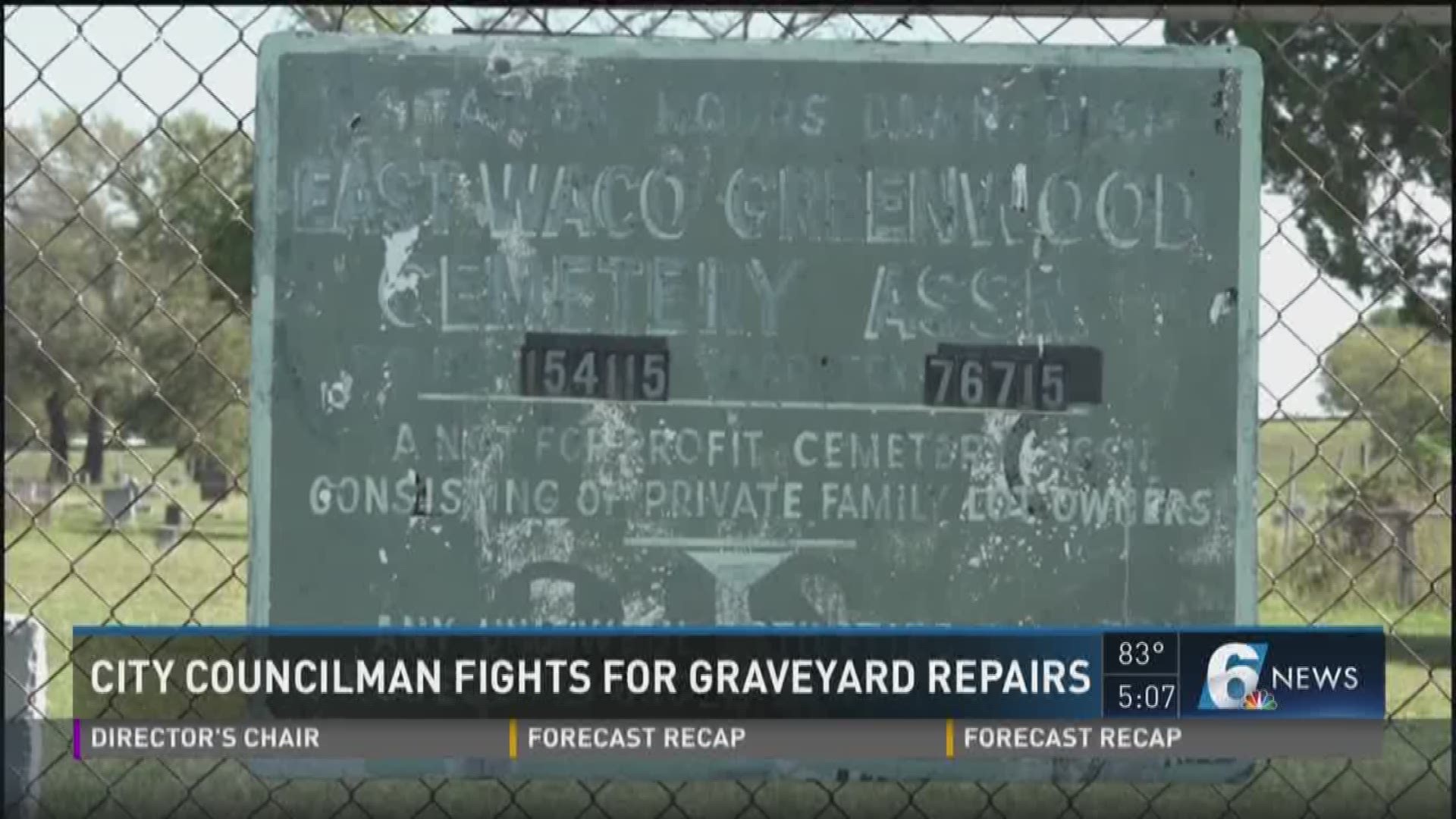 A Waco cemetery has become an eyesore - and one city councilman is looking to change that.

Noah Jackson Jr. was chosen to fill the seat of the late city councilman Wilbert Austin.

Greenwood Cemetery sits on the corner of Highway 77 and Interstate 35. For twelve years, Jackson tried to prevent the cemetery, which used to be segregated, from looking abandoned.

Jackson said Greenwood is a place where many prominent Wacoans are buried. He's adamant about getting rid of the vandalism and trash around the cemetery, and wants to add a sign facing Highway 77 to replace the outdated one.

There's a rusted fence around what used to be a "white only" section, but the old fence will be taken down and replaced by a new fence, which will go around the entire cemetery. Jackson said the city has $79,000 set aside to get the job done, but is stalling.

"I'm not accusing anybody of anything other than oversight, and set aside," Jackson said. We can't keep setting aside places like Greenwood, but at the same time improving the infrastructure across the river. We have to do it over here too."

Jackson said he and Waco City Manager Dale Fisseler have a meeting scheduled to discuss how to beautify the historic cemetery.