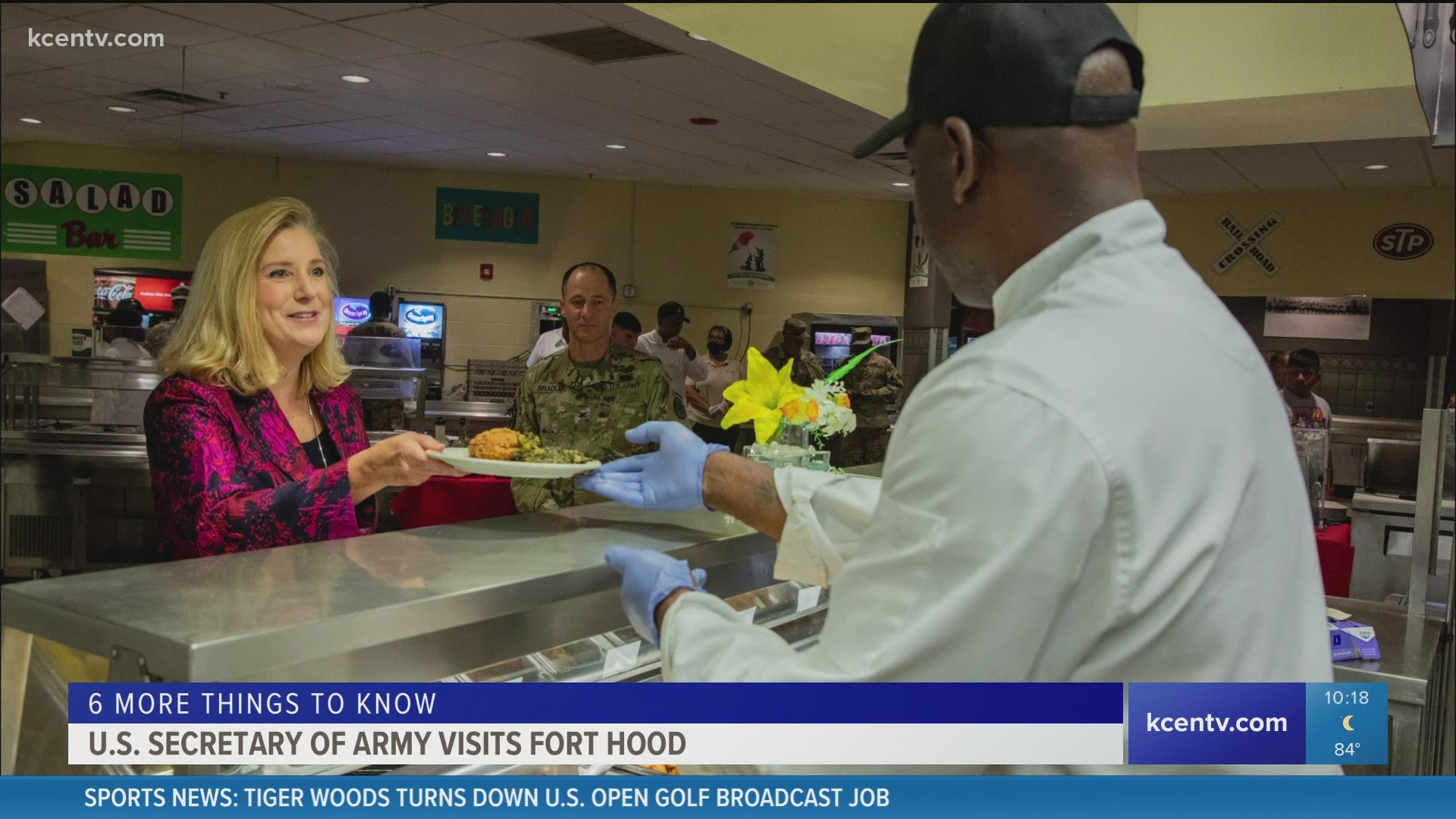 FORT HOOD, Texas — The new U.S. Secretary of the Army, Christine Wormuth, visited Fort Hood on Thursday, making it her first visit to a major military installation since assuming her duties on May 28, according to a news release by Fort Hood.

During her visit, Wormuth received an update on "Operation People First," a campaign launched in 2020 to help build trust and strengthen bonds for all 90,000 soldiers across III Corps, including Fort Hood.

“People are the Army’s number one priority,” said Wormuth. “As (one of) our Army’s largest installations, I wanted to hear directly from the Soldiers, families, and civilians about the unique capabilities and challenges here at Fort Hood.”

“I believe Soldiers like myself were able to express concerns with how we’re being taken care of,” said Spc. Michael Alvarado, after the session. “It’s always good to check on the people who are doing the work; making sure we have cohesion.”

Wormuth is the first woman to serve as secretary of the Army.