Gov. Greg Abbott allowed businesses to open at limited capacity Friday. But some counties have reported record highs in new cases of COVID-19. 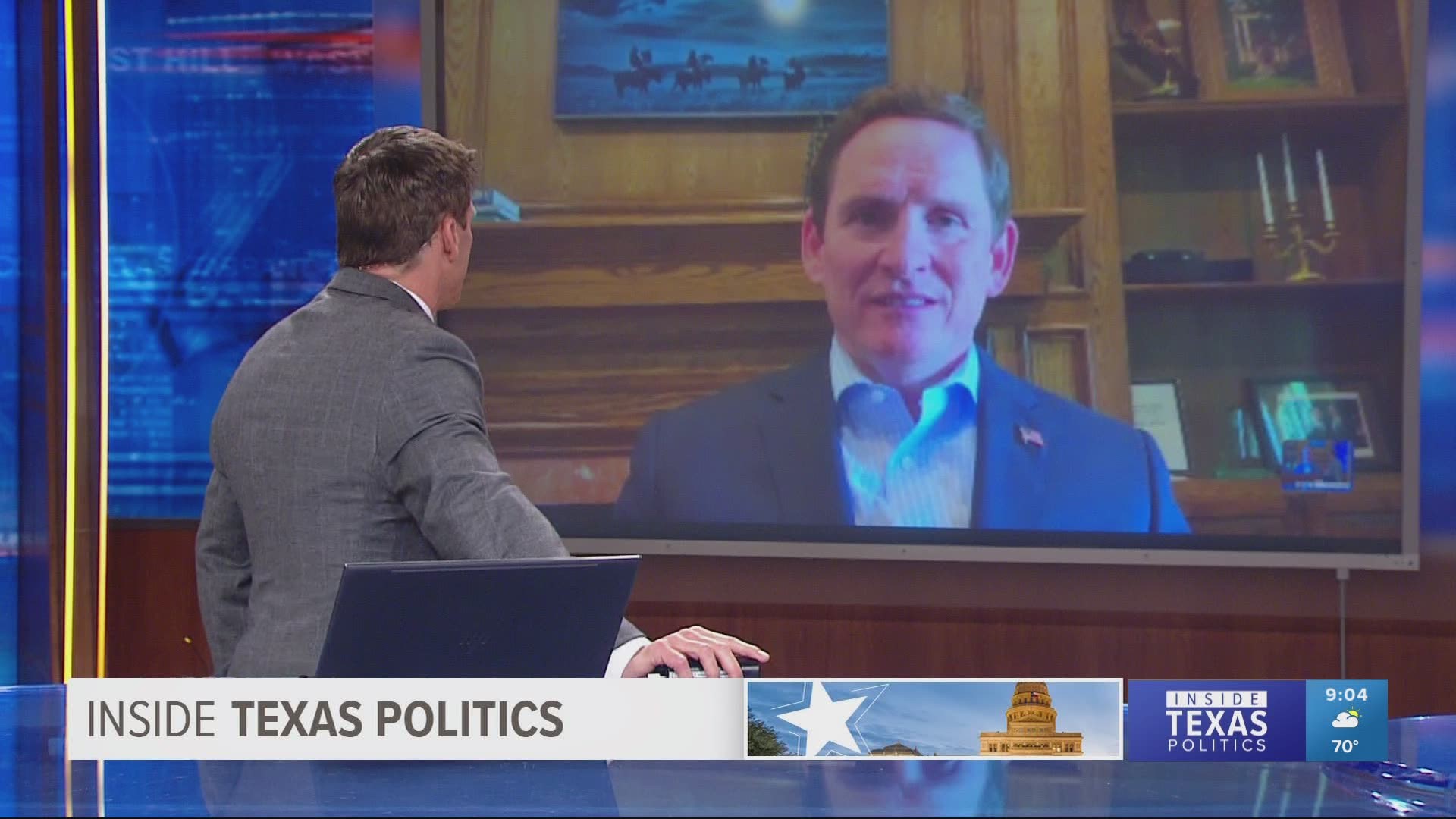 Texans are back in stores, restaurants, movie theatres and malls.

Gov. Greg Abbott allowed businesses to open at limited capacity Friday. But some counties have reported record highs in new cases of the novel coronavirus.

"This past week was our biggest week yet for the most positive cases each day," said Dallas County Judge Clay Jenkins.

He wanted to wait a couple of weeks to reopen. He said he wanted the county to follow guidelines from epidemiologists and the Centers for Disease Control and Prevention.

"They strongly encourage you not to open the economy when you're on the rise," Jenkins said.

But, he said, people can still follow CDC guidelines and avoid going out more than necessary.

See what else he said and watch the full episode of Inside Texas Politics below:

What if Texas has to close again?

Texas is in Phase 1 of getting back to what Texans remember as normal. People can go shopping or out to dinner. But what happens if the state must close again?

WFAA anchor Jason Wheeler talks to Ross Ramsey, with The Texas Tribune, about a rare bipartisan movement in the state.

Dozens of legislators signed a letter demanding the governor provide funding and testing for long term care facilities — as well as more transparency on case and death reporting from those properties.

Texas is expected to lose billions of dollars in sales tax revenue because of COVID-19. It could mean cuts in school funding and teacher pay.

Republican Texas State Senator Kelly Hancock says the state has been "economically successful" and believes the budget can bounce back from sales tax shortfalls during coronavirus closures.

Hancock, from Fort Worth, is a member of the senate finance committee. He says the novel coronavirus is likely to play a role in legislative discussions in 2021. 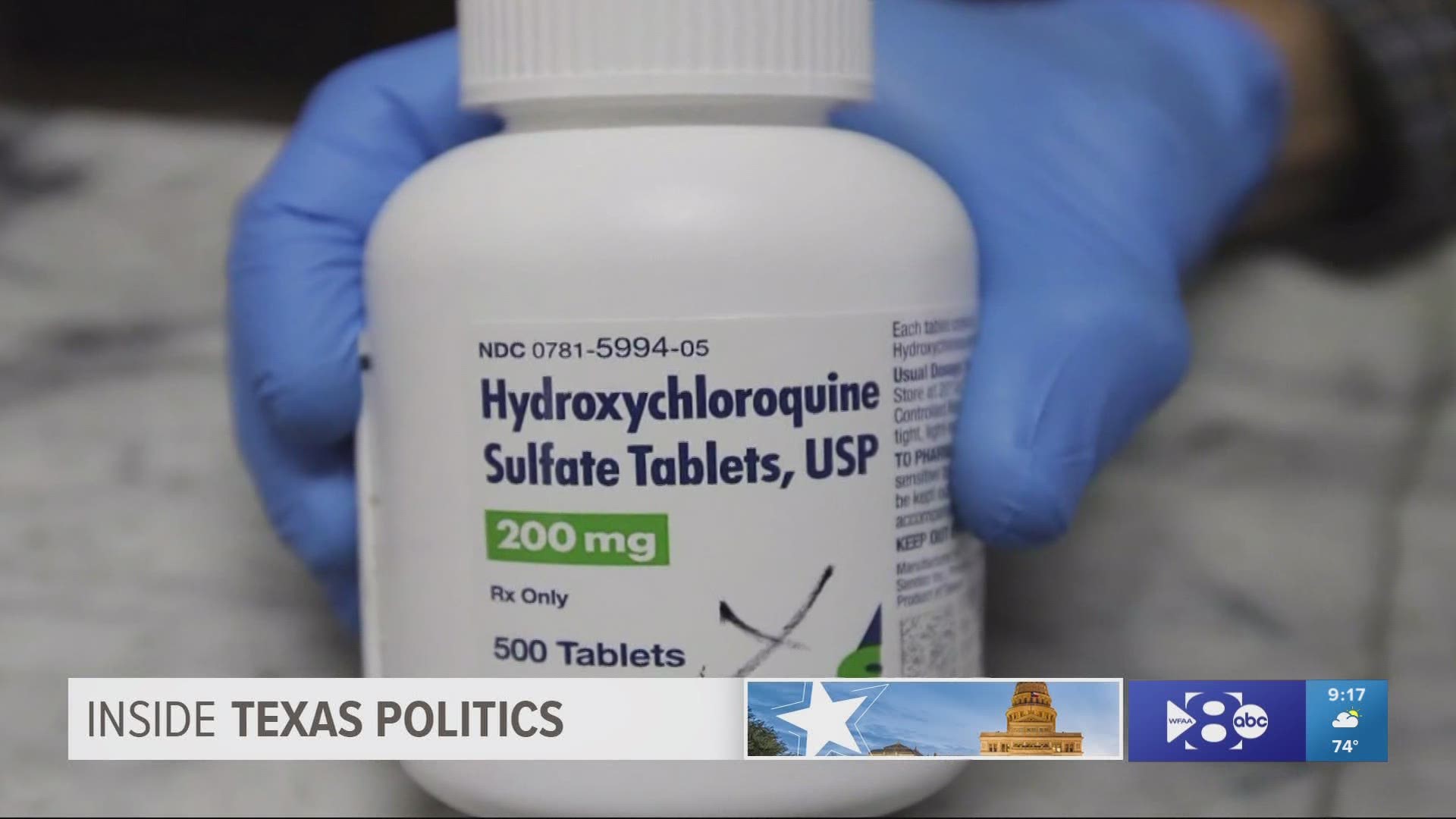 Veterans advocates are demanding answers after the Department of Veterans Affairs used the unproven drug hydroxychloroquine as a treatment for the coronavirus.

A preliminary study of veterans hospitalized with COVID-19 showed that the anti-malaria drug had no benefit and caused a greater rate of deaths.

U.S. Secretary of Veterans Affairs Robert Wilkie said that report of an observational study was based on patients who were given the drug as a "last desperate" measure.

Wilkie said the VA is preparing for a possible second surge of new coronavirus cases later this year.

Abbott has been pulled between two forces – between libertarians wanting no rules and healthcare leaders wanting him to move carefully. Is the public following him or have Texans stopped paying attention?

College and Universities will reopen their campuses this fall. Texas A&M University and Texas Tech University recently announced they will open campuses — and football.

Baylor University and Texas Women's University have already announced that they will resume on-campus classes in the fall. The University of Texas systems expect to reopen. Is reopening campuses realistic?