Baylor's second-year football coach took part in a panel at the THSCA Convention in San Antonio, where the topic was discussed at length. 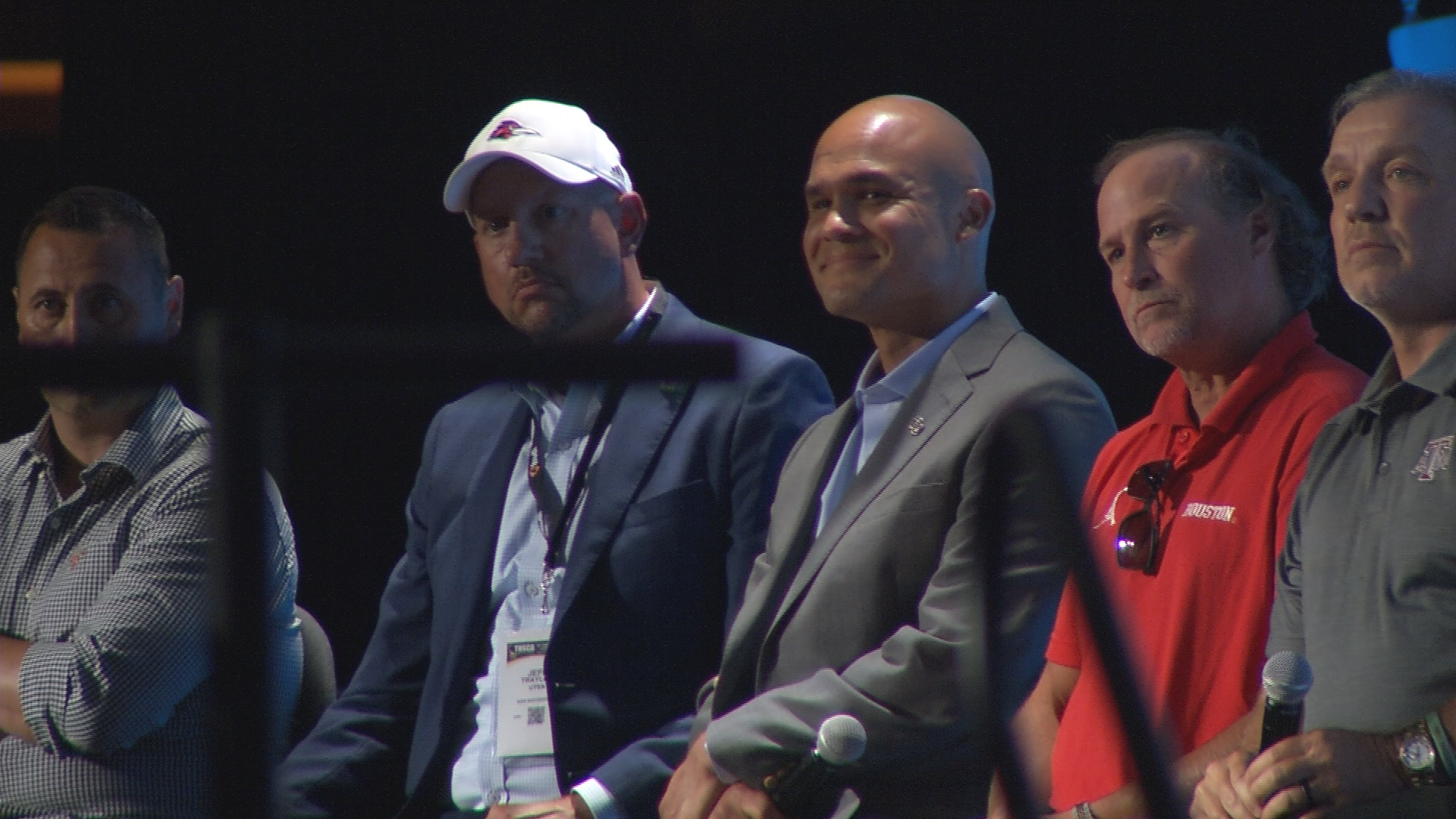 SAN ANTONIO — As the straight-line recruiting movement in Texas continues to grow, all 12 FBS head football coaches in the state talked at length on the topic Sunday.

That includes second-year Baylor coach Dave Aranda, who took part in his first FBS coaches panel as the coach of the Bears on Sunday.

As part of the annual Texas High School Coaches Coaches Association Convention, Sunday saw the 12 men tasked with leading the 12 biggest college football programs in the state talking about football-related issues in front of hundreds of high school coaches.

Among those, the increasingly-popular straight-line recruiting, in which college coaches go straight to the high school coach in recruiting, rather than through a third party.

"I think when we'll have to worry is when out-of-state schools come in here to recruit Texas kids," new Texas coach Steve Sarkisian said.

For Aranda, the panel was a chance to show his appreciation for Texas high school coaches.

WATCH | #Baylor coach Dave Aranda (@CoachDaveAranda) talks about why it's so important to him the Bears' coaching staff makes the trip to the @THSCAcoaches convention #txhsfb #KCENFNL @6NewsCTX @KCENSports pic.twitter.com/L7JODnoRF5