The two Baylor leaders were joined by other university officials impacted by UT's impending departure from the conference. 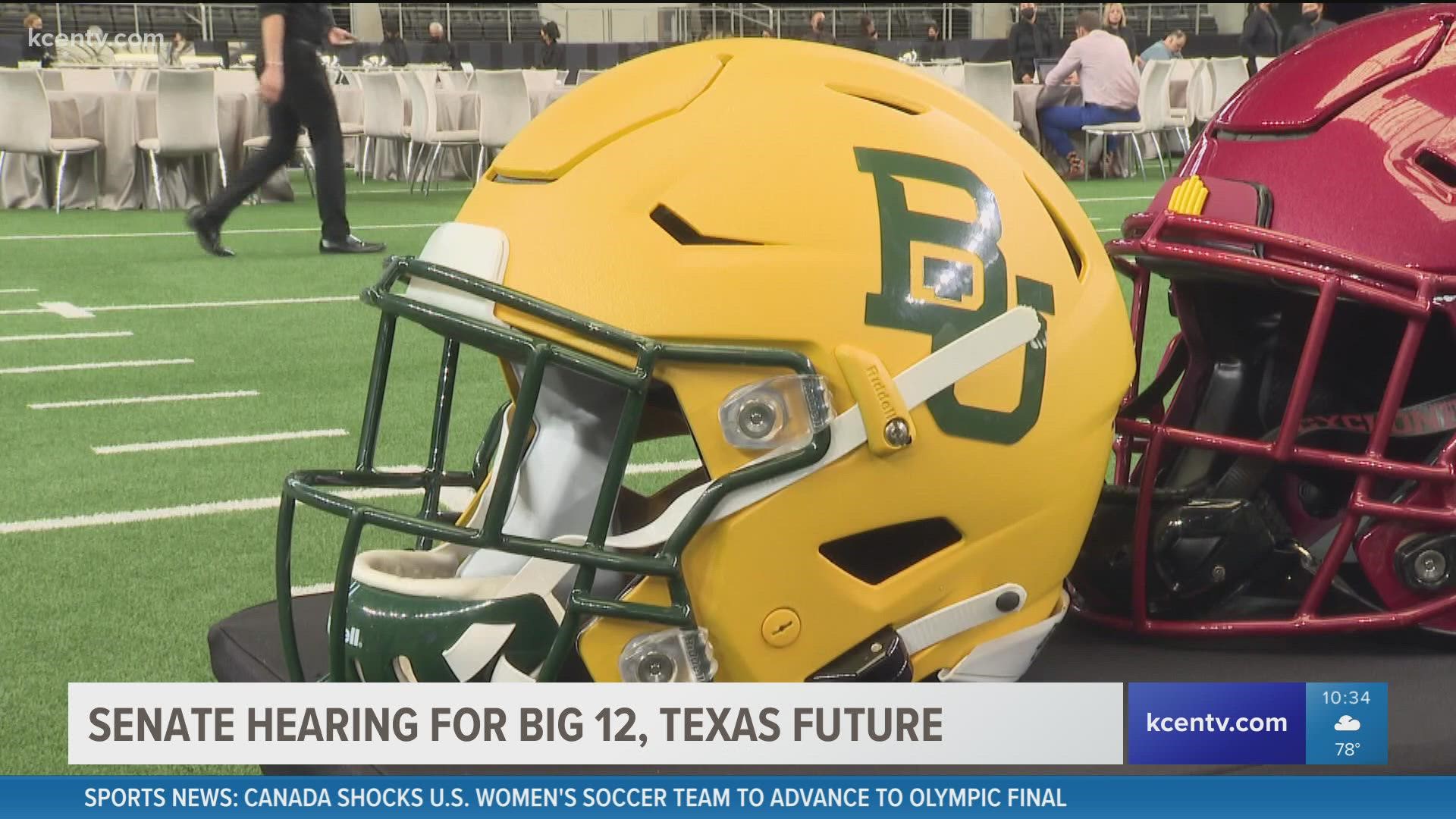 AUSTIN, Texas — Baylor University President Linda A. Livingstone and Mack B. Rhoades, the university’s vice president and director of intercollegiate athletics testified before the Texas Senate Select Committee on the Future of College Sports in Texas on Monday.

The two Baylor leaders talked about the impact the University of Texas leaving the Big 12 Conference will have on the state, as far as in the college athletic sphere and the impact on the state’s economy.

Livingstone focused on three topics during her testimony: the success of athletics and academics being intertwined at top universities, the economic power Power 5 universities have on the local and states communities they are in, and the “sacred trust” universities have with their constituents.

Livingstone said it was vital that Baylor keep its Power 5 status, as it would allow the Waco private university to continue performing at a high level academically like its other Power 5 counterparts. She said the academic performance brought in part due to its designation has helped the school remain competitive in recruiting faculty and students from around the country.

On the second topic, economic power, she stressed the negative impact Waco, Fort Worth and Lubbock would face with Texas’ move to the SEC. She highlighted the small business owners in Waco who count on revenue from marquee games against Texas and Oklahoma to stay afloat.

Similarly, she noted the Big 12’s central location in Irving brings tens of millions of dollars through championship games, bowl games and other high-profile sporting events, adding that all that has been thrown into uncertainty with UT and OU’s departure.

She also talked about Baylor’s commitment to competing at the highest levels with integrity, respect and transparency.

Meanwhile, Rhoades focused on the negative economic impact UT’s move would have on the state and asked he state’s elected officials to preserve and strengthen the Big 12 so that it may continue to call Texas home.

“The Big 12 hosts the Big 12 Football Championship annually in Arlington at AT&T Stadium and has the DFW Metroplex in regular rotation to host the NCAA Final Four – both huge economic drivers and important points of pride for our state,” he said in a prepared statement for the hearing. “Each of you can have a role to play in preserving and strengthening the state’s role in intercollegiate athletics moving forward.”

Presidents and athletic directors from Texas Christian University, Texas Tech and UT’s president are also set to talk at the hearing.

A retired professor of economics from SMU and Big 12 Commissioner Bob Bowlsby also spoke before the committee.

Watch the full hearing along with the question and answer periods below.