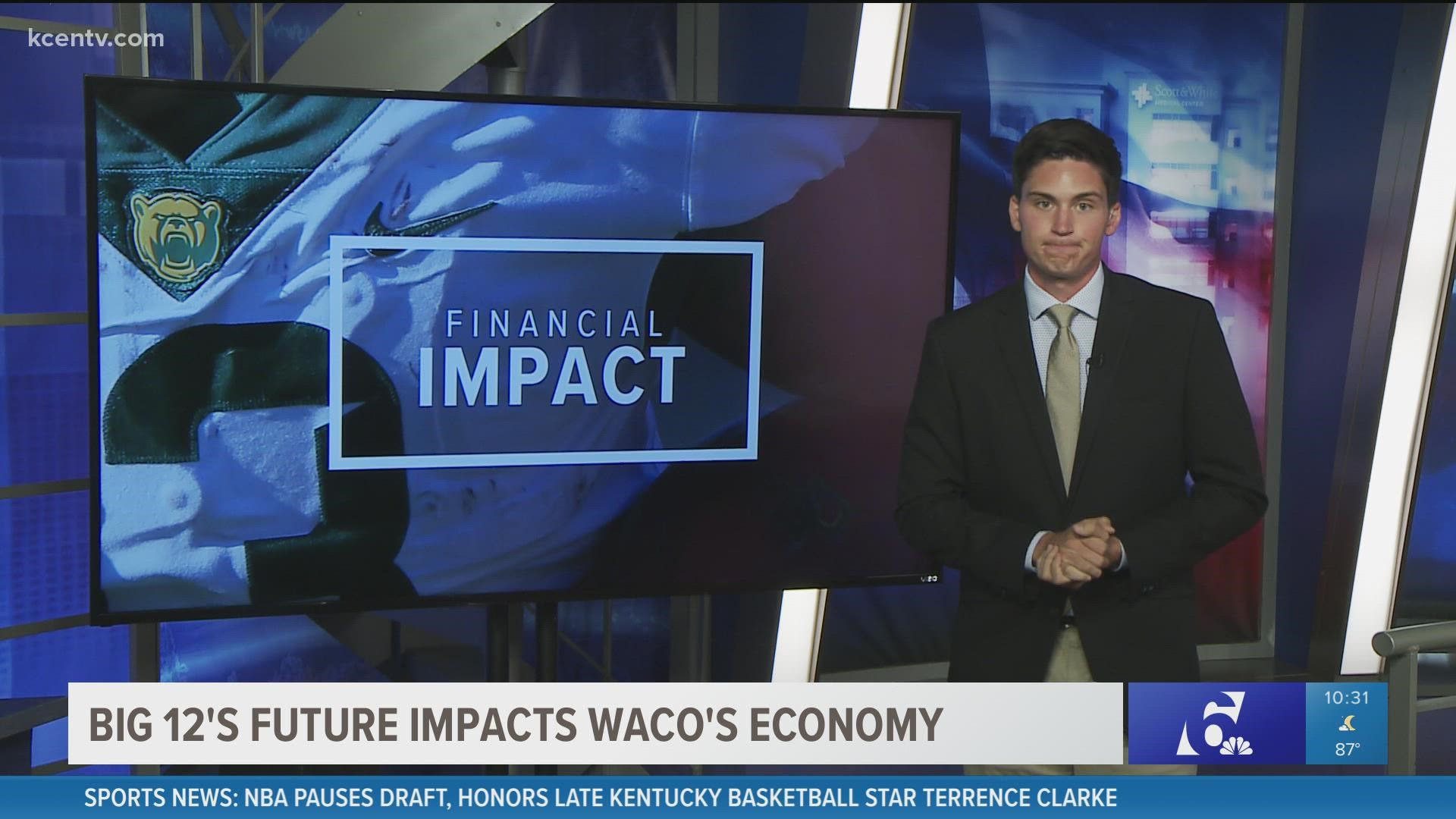 WACO, Texas — Waco economist Dr. Ray Perryman of the Perryman Group predicts that the City of Waco could lose $150 million and 1,700 jobs if the Big 12 stays together and adds schools like Houston or SMU.

If the Big 12 were to disband and Baylor University was forced to go to a conference like the AAC or Mountain West, the impact is worse. He predicts Waco could lose $180 million and 2,400 jobs.

Perryman graduated from Baylor in 1974 and has worked in Waco since 1977, even working for the university. He says that an impact like this will even hurt the education of the university, making it tougher to recruit professors and admit the brightest students out of high school.

Perryman says that the best bet for Baylor is to join a current power conference like the ACC, SEC, Big 10, or Pac 12. However, he says with Baylor's recent troubled past, it may not be a given that a conference would take them on.

“I do think the combination of the recent scandal that plagued the athletic department, these conferences are trying to enhance themselves, they’re not looking for problems," Perryman said. "And then frankly, the current stance that Baylor had regarding the inclusiveness and student organizations.”

“The week of Texas and the week of Oklahoma are the two busiest weeks of the year here at George’s," he said. "And probably for our community for athletics and sports as a whole, I mean it’s huge. We have a 30-year tradition of us serving their teams and their fans.”

The University of Texas and University of Oklahoma announced on Friday that they have accepted their invitations to the SEC and will leave in 2025.