UMHB football to open their season at home 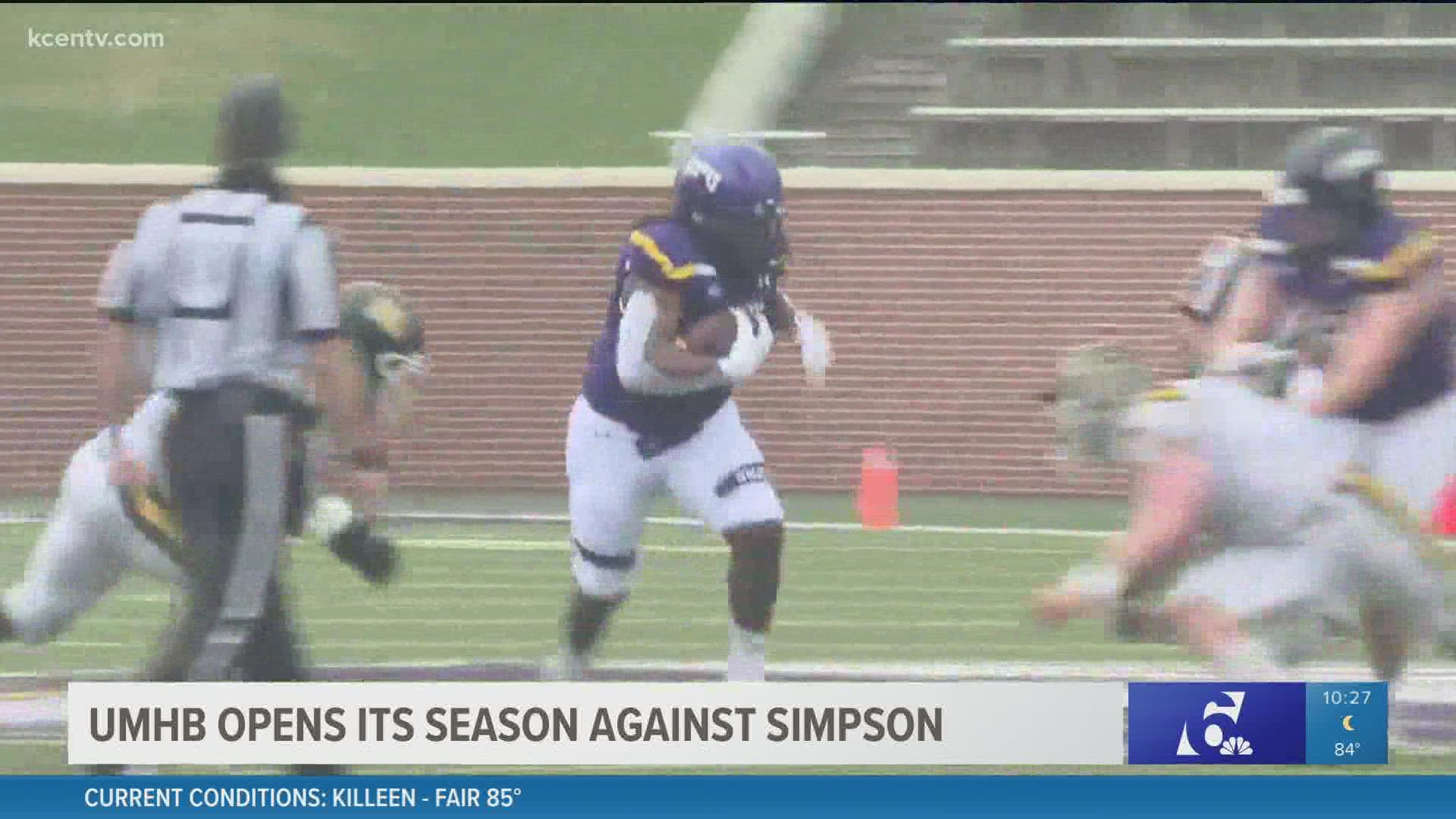 BELTON, Texas — The University of Mary-Hardin football program will kick its 2021 season off on Saturday against Simpson College.

After a five-game spring schedule earlier this year that yielded the Crusaders an American Southwest Conference Championship, head coach Pete Fredenburg is excited to get back to a normal year.

"It's game week and it's exciting in my house," he said. "My wife gets excited just like I do with the season approaching. So we still get butterflies and nervous and that's why we keeping doing this."

Fredenburg enters his 24th season as the head coach of the Cru. He started the program back in 1998. He enters the new season with a talented roster that was picked to ASC in the league's preseason poll.

THREAD|
UMHB Football kicks off against Simpson College on Saturday.

HC Pete Fredenburg says it is tough to prepare as they have very little footage on Simpson College and their program did not want to swap. @KCENSports

They are led by senior quarterback Kyle King who was a Second-Team All-ASC selection last year after becoming the starter. He threw for 613 yards and rushed for 181 while totaling 12 total touchdowns.

"Kyle has really developed as an incredible leader on the field and off the field," he said. "He puts an enormous amount of pressure on himself to be a leader. I'm excited to see him continue to rally the team.

When asked about his running back room, Fredenburg made it clear that junior Aphonso Thomas will get the nod as the starter. He is coming off an Achilles injury that sidelined him last season and he has not seen action with UMHB.

"Aphonso Thomas really excites us, he is an incredible athletes," Fredenburg said. "He's worked incredibly hard to get his strength back, his ability to cut and run. He's the guy right now that we'd say is the starter."

Their first opponent of the season is a team they haven't faced before. Simpson College comes from Iowa to play in Crusader Stadium. Next year, the Cru will travel to them. Fredenburg says preparing for this team has been difficult due to a lack of resources. The Storm played just one game in 2020, a contest they lost 49-14.