"God gives but he also takes," Jake Butler said. "I'm just happy he did not take lives today only property." 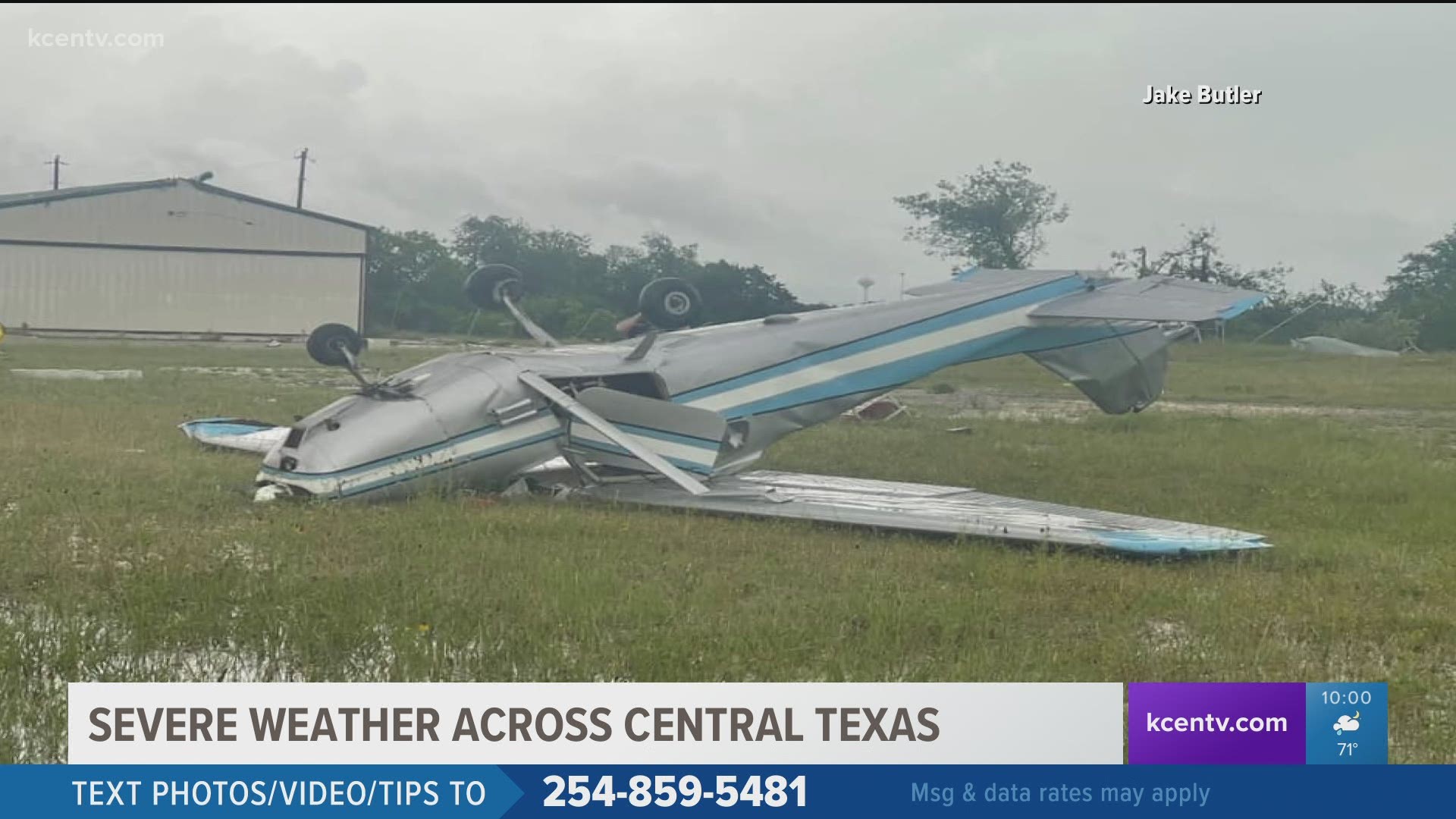 GATESVILLE, Texas — Planes and hangars were damaged at the Gatesville Municipal Airport Friday afternoon as severe storms moved through the area.

Jake Butler, whose family has planes at the airport, told 6 News via Facebook that the powerful winds swept through the area around 1 p.m. to 2 p.m., tearing down older hangars and tossing planes.

"What struck me is there was only concrete where the hangars used to stand," said. "We've had planes in those hangars for 25 years and now they are just gone."

Butler said one of the planes that was damaged belonged to his father. His father is ok and was not in the plane at the time, he said. He also said no one was injured at the airport.

"God gives but he also takes," Butler said. "I'm just happy he did not take lives today only property."

Butler said the destruction was caused by a tornado, but the National Weather Service has yet to confirm his claim. Though they are surveying the damage to determine if it was a tornado, NWS told 6 News it was likely straight wind damage.