A Dog's Journey: Family reunited with pet after three years

The Russells had given up hope that their dog Rocky was coming home. Three years later, they were reunited. 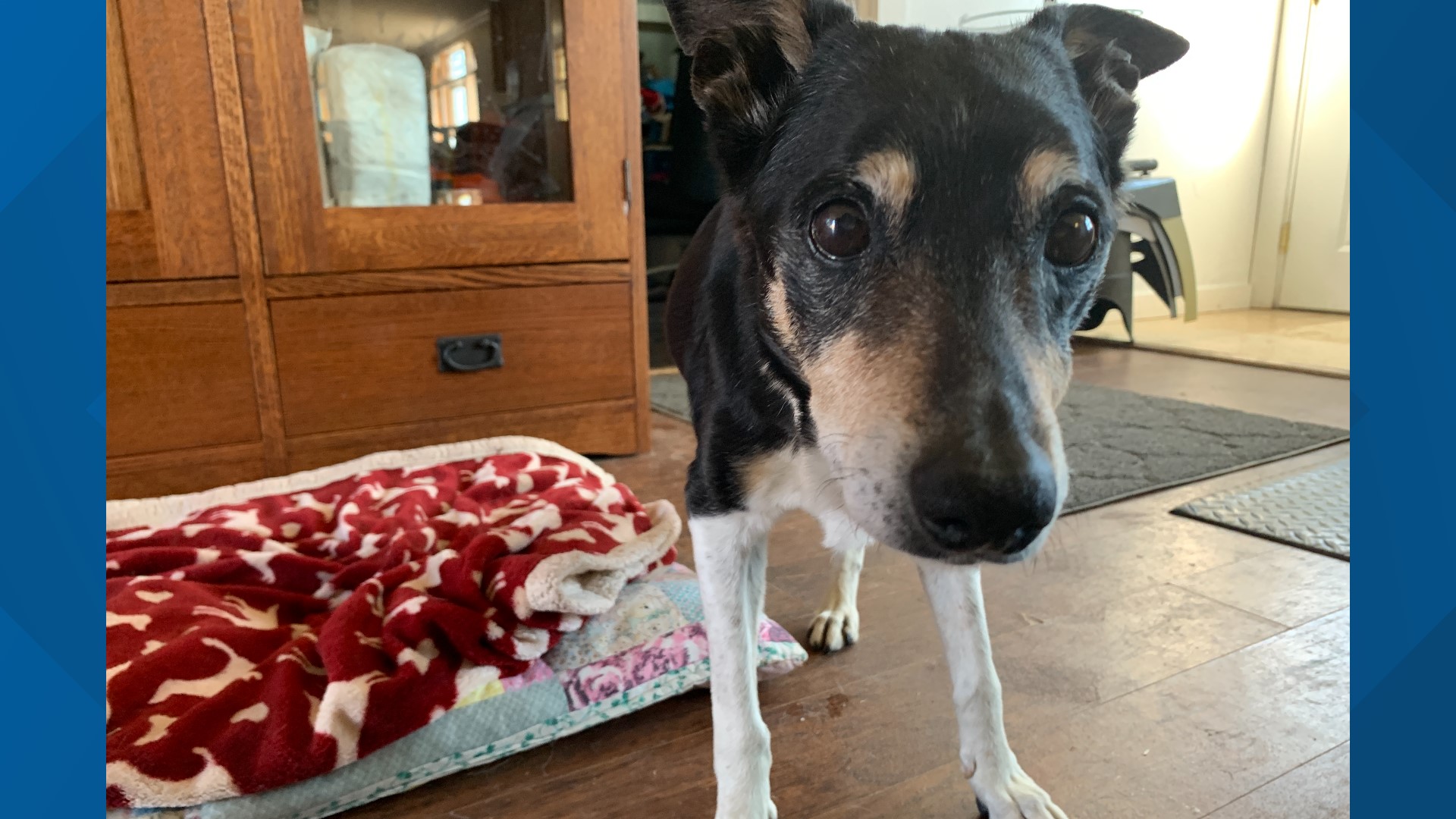 We all know that gut-punch feeling when a pet goes missing. The Russell family has felt it for nearly three years.

Their dog Rocky went out into the yard wandering with the other family dog in April of 2018. When it got dark out, Rocky didn't return.

“They had wandered around the property before, so we weren’t too terribly concerned," Eileen Russell said. "It got dark and he didn’t come back but my other dog did. We put posters all over the neighborhood, rode around on my ATV, rode around in the car, looking, looking everywhere for him.”

After what seemed like exhausting every possibility, the Russells knew they had to face reality. Eileen thought that with a large coyote population in the area, they had probably gotten him.

Then a few weeks ago, a woman found a 15-year-old dog laying down on the side of the street. It was having trouble standing and it was clear the dog was unwell. She brought it to the Humane Society of Central Texas. Vets who looked at the dog decided his days might be numbered given his condition.

Humane Society Director Dr. Paula Rivadeneira wanted to make sure that the mut was at peace in its final days. The Old Souls Animal Rescue took the dog in and a miracle occurred, he recovered. It prompted Rivadeneira to post on social media.

“We put that post up and just a little while later this woman Eileen sent us a message and said, ‘I think that’s my dog, my dogs been missing for three years.’"

Rivadeneira said, "She sent us some pictures of him from years ago and it was 100 percent her dog.”

The Russells went to the Humane Society the next day. At first sight, they didn't think it was Rocky because of his weight loss. But after feeling around for a knot behind his ear, they knew it was him.

They took Rocky home and he is living a comfortable life again. The Russells cannot believe it and are amazed he was able to survive. If anything, they just wish he could talk to tell the story.

They urge pet owners to make sure their dogs have registered microchips so they don't have to go through a similar situation.