"We're a small island but we have a big heart." | EZ Pig Roast is a family affair sharing their culture from Guam through food and dance. 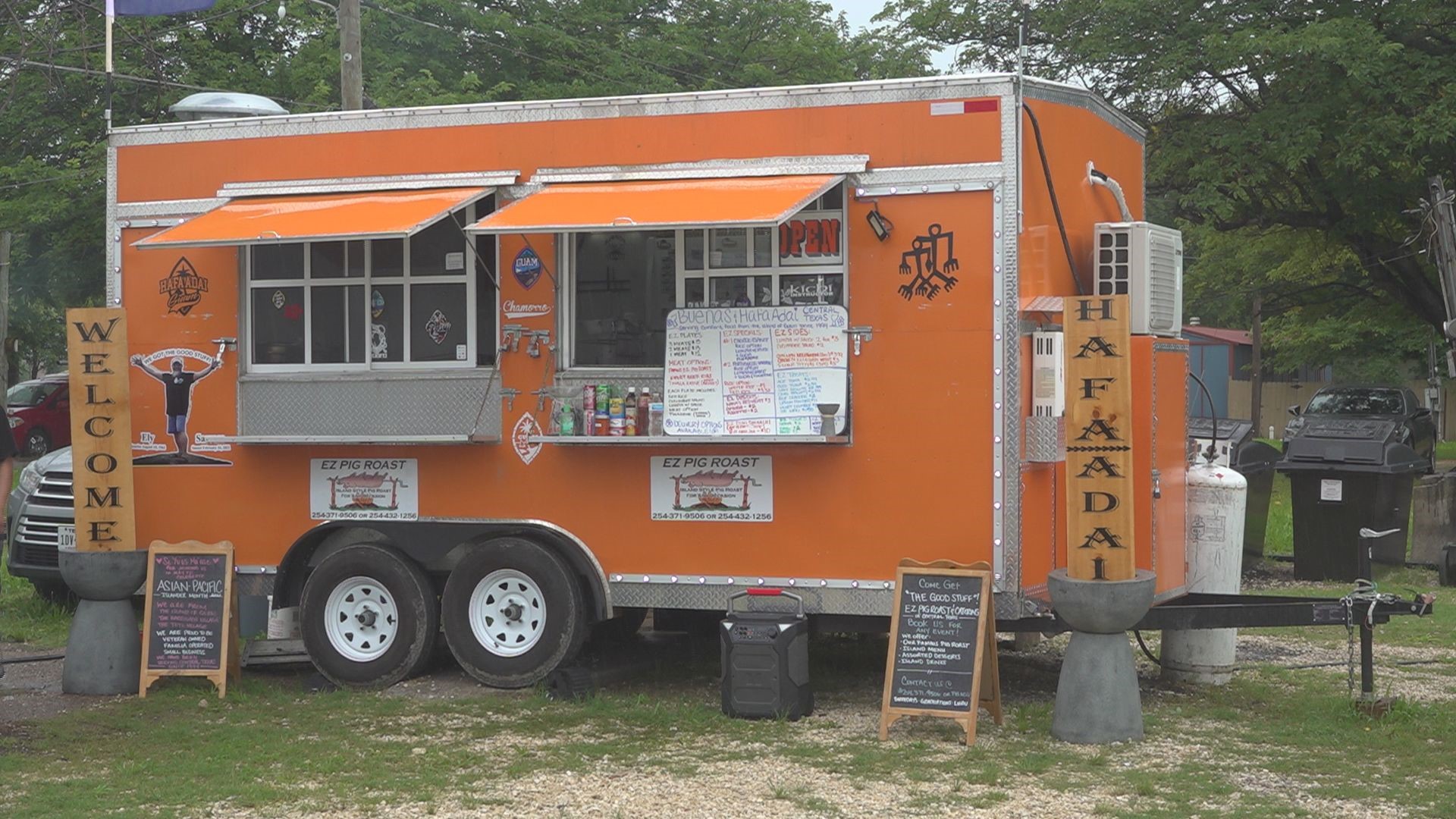 KILLEEN, Texas — EZ Pig Roast is a family and veteran-owned business providing a taste of Guam to Killeen.

"We're from Guam, so especially with the Chamorro community it's been a blessing for them to come out and help out and support," owner Zina Sarrosa said.

She and her husband Ely Sarrosa opened the food truck in Killeen in September 2020, but in February of this year, he died.

"Without my husband being here, it is kind of hard that way because you know he was the backbone to the family," Ely Sarrosa said.

She said it was her husband's passion, even before he retired from the military. Although it hasn't been easy without him, their family sticks together.

"We are a tight knit family and especially when it's hard times we do come together," Ely Sarrosa said.

EZ Pig Roast is a family affair sharing their culture from Guam through food and dance from her daughter's business Baila Pacifica Entertainment.

Joyce Sarrosa married into the family and she said she loves that her kids can learn the recipes that have been passed down for generations.

"We're a small island but we have a big heart and we want everyone to come to our food truck so they can try our food," Joyce Sarrosa said.

They have more than just island style pig roast.

"The other dishes that we have from Guam like Tinala Karen, which is fried brisket, beef lumpia, red rice, our fiesta plates that we have that's what keeps them coming back time and time again," Joyce Sarrosa said.

Her husband, Joshua Sarrosa said it's not the same without his dad, but the community's support keeps them going.

"Just seeing their faces when they try the food or eat the food and watching their facial expressions saying that they enjoy it makes us feel good and just working together," Joshua Sarrosa said.

The Sarrosa family said they can all count on each other to carry on their dad's legacy.

"We try and get through it and make sure that we just keep it going for him," Zina Sarrosa said.

You can watch more of "Keep Central Texas Working" in the playlist below: