Hundreds of riders throughout the country are bringing attention to the nation's fallen veterans and first responders ahead of Memorial Day. 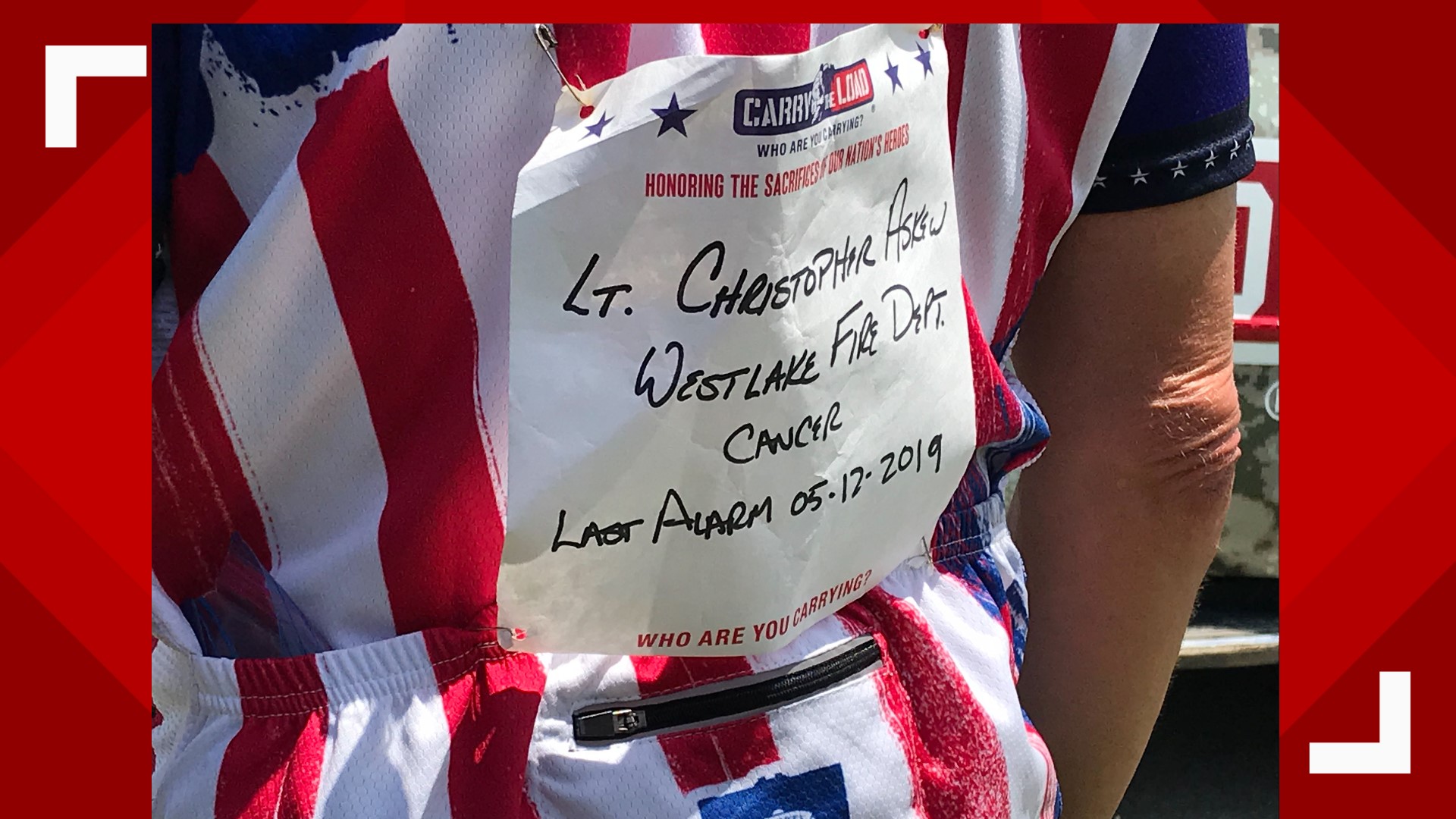 KILLEEN, Texas — Carry The Load, a non-profit organization dedicated to connecting Americans to the nation's military, veterans and first responders, rode into Central Texas Thursday with a stop at Fort Hood. People across the country are riding to raise awareness for the group going into Memorial Day.

"It seems like all I've done is ride mountains, and the people I carry on my back have allowed me to get to the top," rider Tom Wendling said.

Wendling is one of hundreds of riders throughout the country who are riding with a purpose. Smitty Searls is another rider, and he said he's driven by a meaningful motive.

"To be able to share someone's grief over someone that they've lost, if that lightens their load just a little bit, that's what we're here for," Searls said.

The Carry The Load National Relay began at the end of April from Seattle, West Point and Minneapolis. The relay is an 11,500 mile journey across America, handing off the U.S. flag every 5 miles for 32 days.

When riders participate, they put names of the people they want to honor on their backs. For some riders, it's not just one person they want to show respect to. In fact, a few riders said they'll even interchange names, and if they could, they'd stack 10 names on their backs.

Webb is from Fort Worth, and he began his ride in the Pacific Northwest.

"To me, we've had a different person everyday. You know, we'd love to put 10 on our backs," Webb said. "You know I want to still ride for those folks that are still alive that are still working on contributing and keeping us safe."

The Memorial May campaign, which began in 2011, culminates when riers, walkers and supporters gather for the Dallas Memorial March this Memorial Day. All in honor of the fallen heroes who made the ultimate sacrifice for our country.

"We die two deaths. The first is when our breath leaves our body, the second is when our memory leaves someone else's heart," Searls said. "We're here to make sure that memory is never lost."

The riders message to the community is clear and full of hope.