Community members and leaders remembered those victims as they push to end the senseless act. 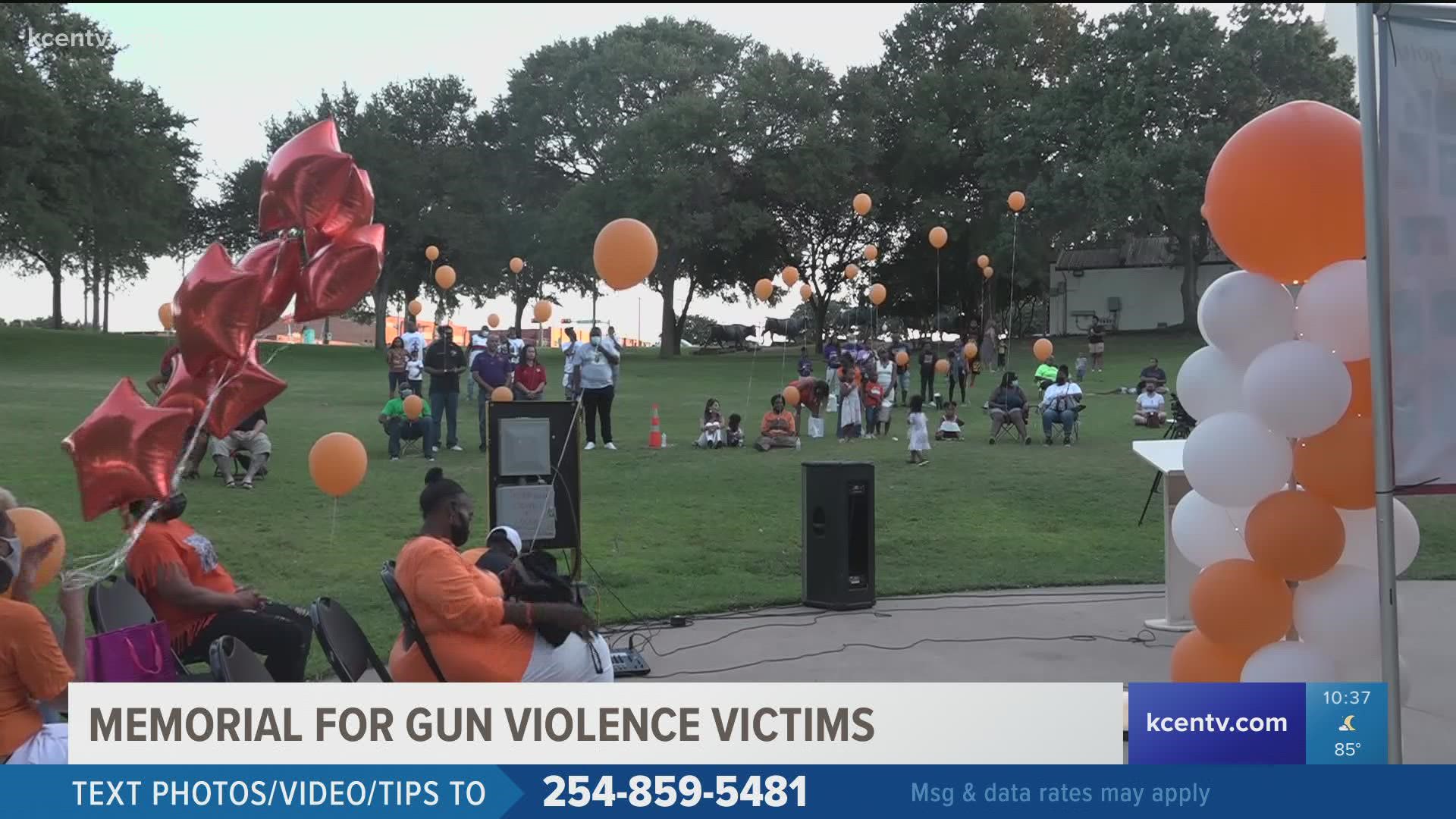 WACO, Texas — The City of Waco and McLennan County held a memorial held for victims and the families of gun violence at Indian Springs Park Sunday evening.

Community members and leaders remembered those victims as they push to end the senseless act.

"We need to love each other and put the guns down in Waco," said Sherry Caruthers.

Those who have felt and dealt with the repercussions of guns and violence are wanting change.

One-by-one family members of victims had a moment to list the names of the loved one they were memorializing.

Sherry Caruthers came up with the idea for a community memorial and worked with officials to see it through.

Flecha Smyre lost her son to gun violence back in 2010. It doesn't get easier, especially as the anniversary of his death approaches.

Smyre uses her heartbreak and loss as a way to help others through the foundation she created.

"To let them know that they have lost a loved one that someone is still there, someone still cares and I'm that one that cares that don't mind helping," Smyre said.

Alongside the many families speaking for their lost ones was community leaders who also are pushing to end the senseless act like McLennan County Sheriff Parnell McNamara.

"It's a crime and shame that we have all this violence but someday hopefully we can wipe it out," he said to the crowd of people.

Sheriff McNamara did discuss his departments effort to get justice for the many families of gun violence through the cold case unit.