Officers arrested 177 people at the Twin Peaks shooting in 2015. Four years later, only one person has stood trial. All of the other cases have been dismissed. 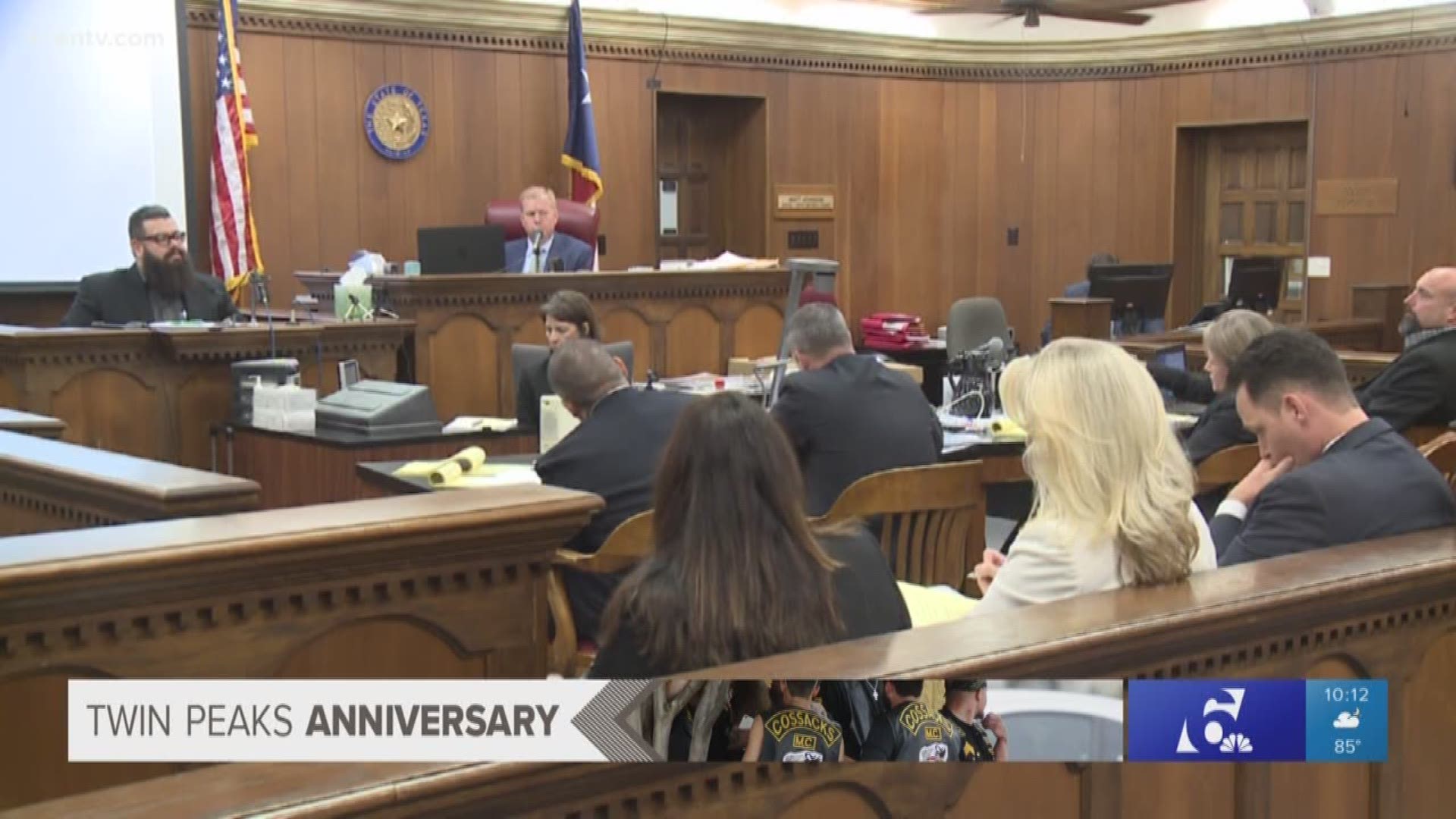 WACO, Texas — Four years ago terrified diners were forced to take cover after shots rang out at a Twin Peaks restaurant in Waco.

What is now known as the deadliest biker shootout in U.S. history left nine people dead and 20 wounded.

Waco will not soon forget photos from the scene, showing bikers, some with guns blazing, crowding the restaurant.

“A great majority of them had guns, hatchets, knives and other deadly weapons with them,” McLennan County District Attorney Barry Johnson said.

Police arrested 177 bikers, but two years after the shooting Jake Carrizal, a vice president of the Dallas chapter Bandidos, would be the first and only biker to stand trial.

“I’m a Bandido. I’m looked at like a criminal,” Carrizal said.

RELATED: Three Years Later: Texas is still dealing with the aftermath of the Twin Peaks shooting

Reyna lost to District Attorney Barry Johnson in the 2018 election.

In April of this year, Johnson dismissed the remaining 24 cases, meaning no one would have to answer for the loss of those nine lives.

Johnson called the shooting a "tragic loss of life," but said there wasn’t enough evidence to prove the cases beyond a reasonable doubt, and Carrizal’s trial cost the county $1 million, plus an extra $500,000 for security and overtime.

“There were a lot of times where we thought we were going to go forward and prosecute some of these cases... Four or five of them, maybe up to nine," Johnson said. "Then the next day we would think, 'No, well we can’t really prosecute but one.' Then we thought, 'Well, we need to dismiss these cases.' But ultimately, we had to make this decision. It's best for the voters, the citizens of McLennan County. Although it was a tragic loss of life that day.”

Now that the shooting's criminal cases are over, more than 130 federal civil rights suits are pending in Waco, Austin and Dallas County.

Rosebud attorney Matthew Wright said the civil cases could be costly too.

“We anticipate multiple appeals," Wright said. "We anticipate the taxpayers paying a lot of money to keep us in litigation and not just settle and be done."

Wright represents two bikers who were at Twin Peaks the day the shooting happened. Wright said one of his clients, William Richardson, was hurt in the shooting and is suing for medical expenses.

“One of our clients was never arrested," Wright said. "He was actually injured at the scene. He was shot as he was fleeing a scene."

Wright said Richardson is frustrated not knowing who committed the act.

“One of the things we are fighting on is just the ability to know who shot him and who’s responsible for his injuries,” said Wright.

Wright said a judge projected they wouldn’t see a trial date until 2022 or 2023.

“So you’re talking about a fairly long period of time,” said Wright.

Before the cases were dismissed, Dallas attorney Clint Broden represented a handful of bikers. He now serves second chair council for some of the Dallas County civil cases.

Broden said he hopes the people who were arrested will receive compensation for what they were put through.

Johnson said during his tenure he plans to prosecute criminal cases sooner and keep them from lingering for so long at the courthouse.