Affidavit: Fort Hood soldier fatally shoots mother of his child, also a soldier, in the head

Nakealon Keuente Mosley, 24, reportedly shot at Francine Martinez with a bullet striking her in the head. She later died of her injuries. 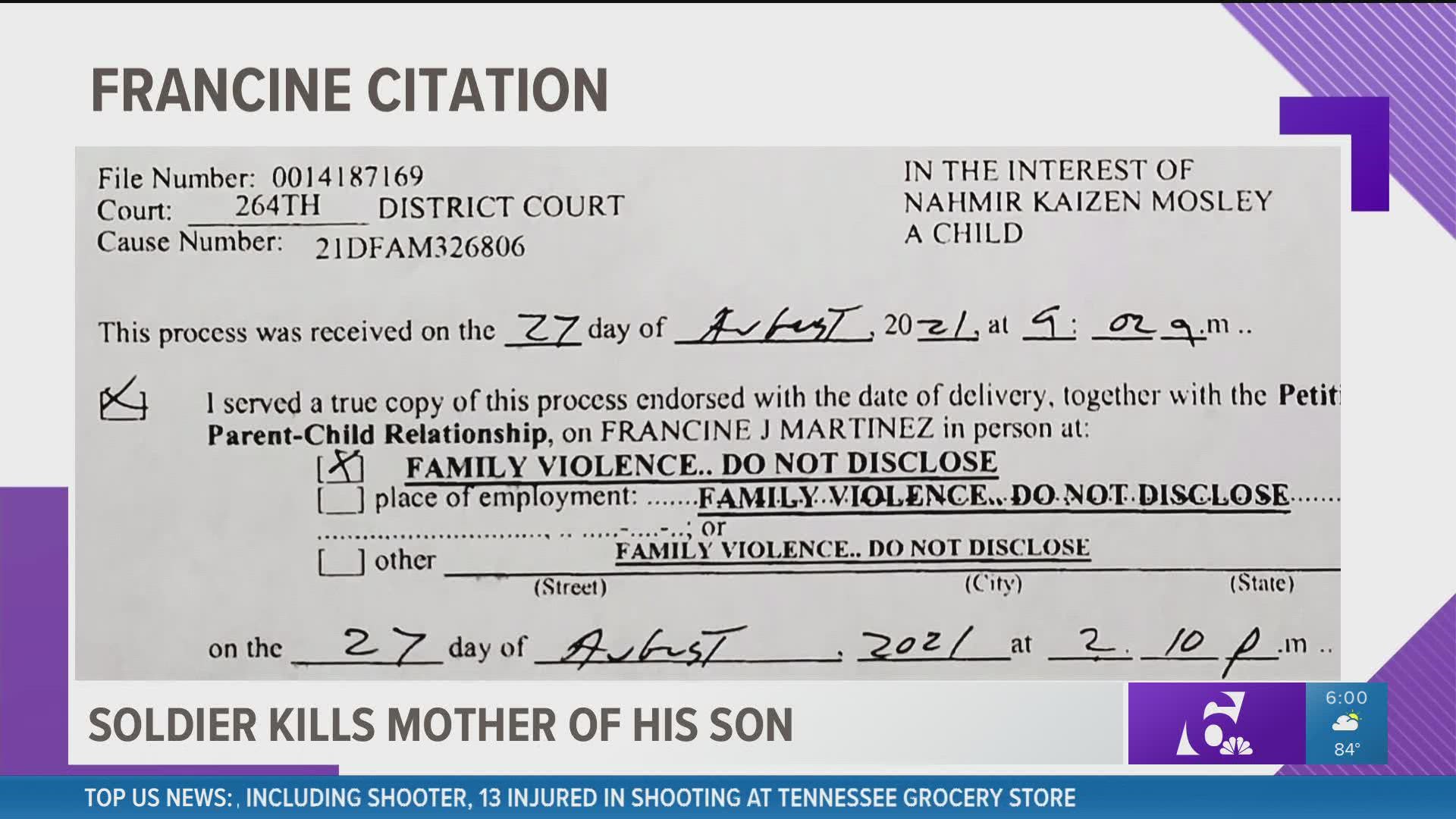 The affidavit states that officers were called out to a Killeen nightclub on Sept. 4 regarding a shooting that took place.

Mosley reportedly got into a verbal argument with Martinez before Martinez left in her vehicle. Mosley then followed her in his vehicle, the affidavit states.

According to the affidavit, while following her near the 100 block of W. Elms Rd, Mosley shot several rounds into her vehicle, one striking her in the head.

Martinez was transported to the Seton Medical Center in Harker Heights by a privately-owned vehicle. Once she had arrived, she was airlifted to Baylor Scott and White in Temple where she underwent surgery, the affidavit states. Martinez died from her injures on Sept. 16.

When interviewed, Mosley told officers he was at the club and that an argument took place between them. However, he denied shooting at her, but said he had a gun in his vehicle, the affidavit states.

Due to evidence on his vehicle, Mosley was arrested and charged with aggravated assault against a family member with a deadly weapon. He was not charged with the death of Martinez, police reports state.

According to a criminal affidavit, Mosley and Martinez dated and had a child together. Both were in the same division on Fort Hood, the First Calvary Division .Ford Hood officials tell 6 News, Martinez was a cannon crew member and Mosley was an automated logistics specialist.

According to Bell County Inmate Inquiry, Mosley currently remains jailed on a $505,000 bond.