2 arrested in connection to wild shootout at Club Paradise

Both suspects were arrested and taken to the Bell County Jail without incident. The investigation is still ongoing. 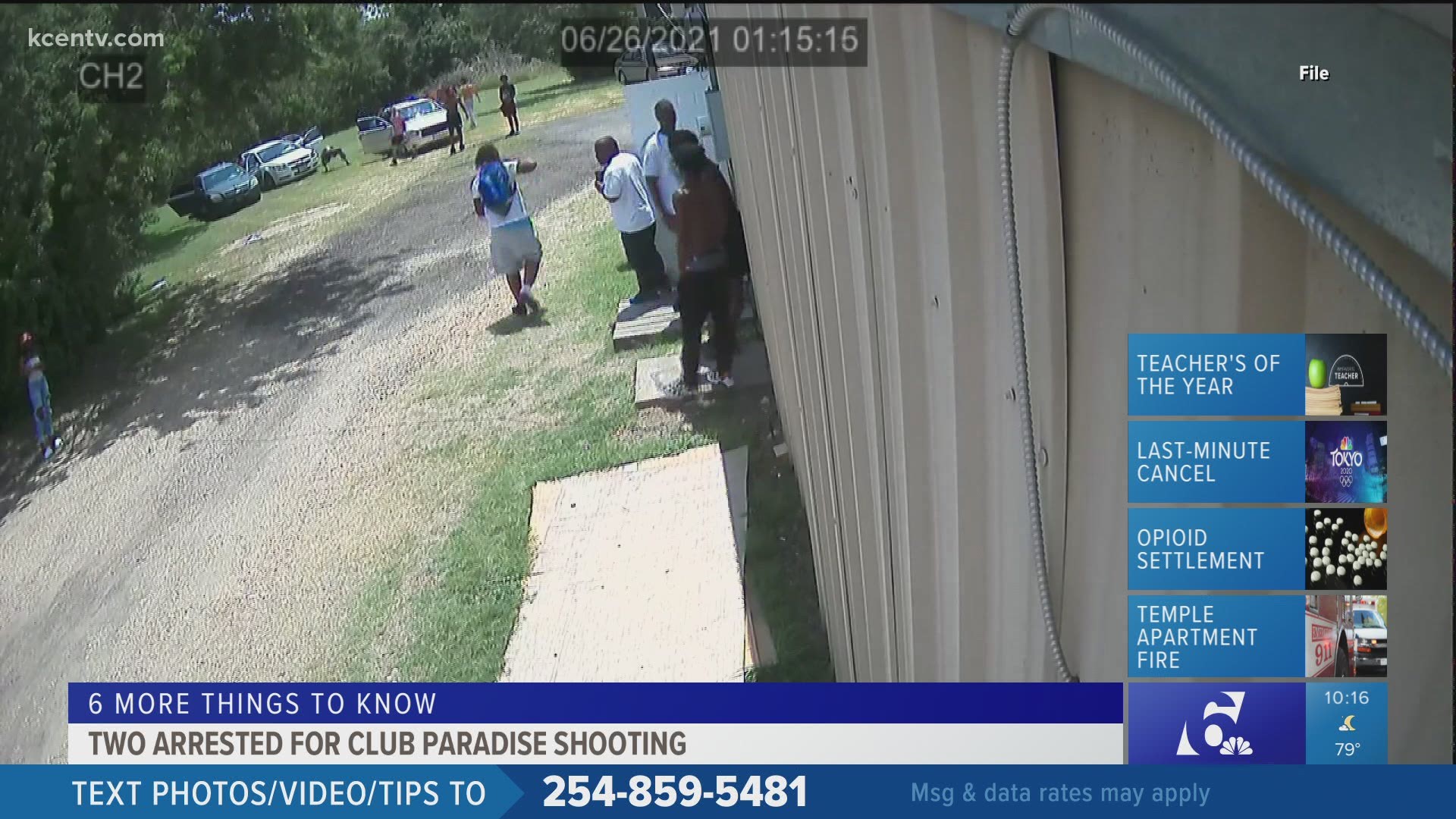 TEMPLE, Texas — The Temple Police Department announced on Tuesday that its officers arrested two people in connection to a wild shootout at Club Paradise that happened in June.

Police identified the suspects as 18-year-old Jamaal Dlexon Florence and a 17-year-old. 6 News is not naming the teen because he is a minor and not being charged as an adult.

The shooting, which happened on June 26, was caught on surveillance video and shows numerous people outside Club Paradise, with some physically fighting, when a young man starts shooting at a group of people on the other side of the club's gravel parking lot.

According to police, officers conducted a felony stop in the 600 block of S. 7th Street in Temple. Both Florence and the teen had warrants for deadly conduct in connection to the shootout.

Both were arrested and taken to the Bell County Jail without incident. The investigation is still ongoing.