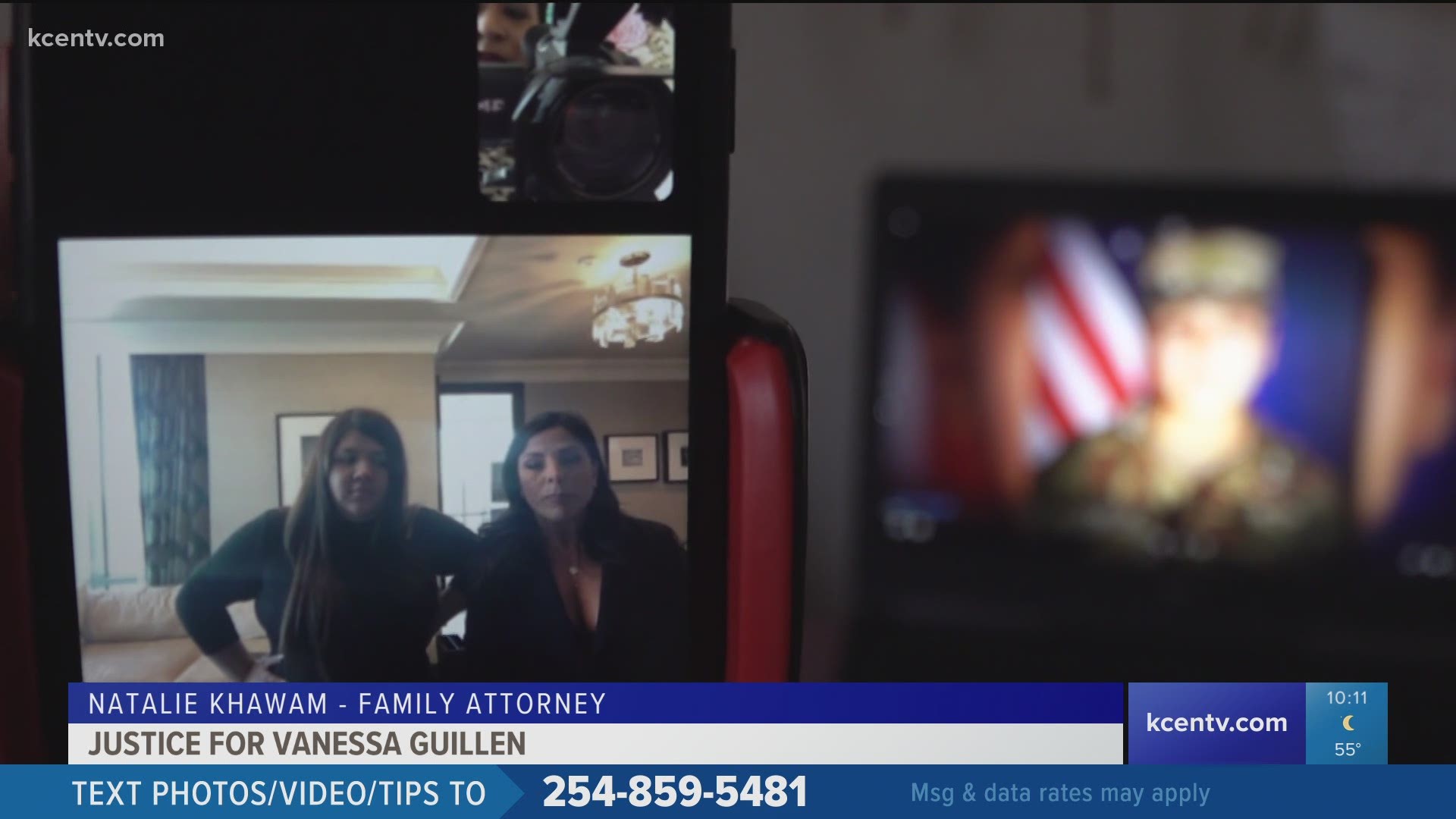 KILLEEN, Texas — April marks one year since Fort Hood solider Vanessa Guillen disappeared from post. For the fourth time, the trial for the woman charged in connection to her death was delayed.

Cecily Aguilar is the woman accused of helping her boyfriend Army Specialist Aaron Robinson dispose of Guillen's body. This happened after Robinson reportedly killed Guillen with a hammer on Fort Hood on April 22, 2020.

Aguilar's trial was supposed to happen on March 8, but the U.S. District Attorney’s Office said it was canceled until further order of the court and that this case has been designated as a complex case.

“We support any request or recommendations our U.S. Attorney Office is doing in order to do a very good investigation and a fair trial,” said Guillen's family attorney Natalie Khawam. "However, I am a believer that justice delayed is justice denied. I hope and pray that we find out really what happened and justice is served and it is served quickly"

After months of pushing for the #IamVanessaGuillen Bill, Kwaham says it will have to be reintroduced to Congress. The bill would have allowed active duty service members to file sexual harassment and assault claims to a third-party agency instead of through their chain of command.

"Every year if a bill is not passed, it dies,” said Khawam. "So, it must be reintroduced this year. I’m told by Congresswoman Jackie Speier’s office at the end of this month they will reintroduce the bill. Hopefully, after we get our new bill number, we can put it on the floor for a vote."

A year later and Guillen’s family is still hoping for answers soon.

"No change. No justice. So hopefully this new year is different, and we start seeing change as soon as possible," said Myra Guillen, sister of Vanessa Guillen.

Khawam said there will be a ceremony on Fort hood on April 22. On that day, Fort Hood officials will rename a gate in her honor.

The gate designated to be named after Guillen, which provides northbound access to the installation from the intersection of Rancier Avenue and Fort Hood Street in Killeen, Texas, leads to the 3rd Cavalry Regiment area where she served.