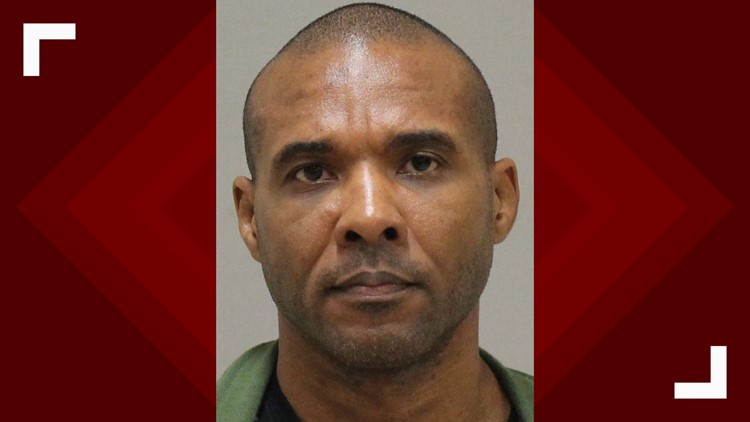 Several months prior to the disappearances of Jenna Scott and Michael Swearingin, Scott's ex-boyfriend, Cedric Marks, broke into her home and threatened her and her family, according to an arrest affidavit.
Author: Lea Wilson
Published: 3:39 PM CST January 10, 2019
Updated: 1:11 PM CST January 17, 2019

TEMPLE, Texas — The Bell County District Attorney's Office said it will seek to extradite the ex-boyfriend of a Temple woman who was reported missing along with her long-time friend.

Officials said Scott's ex-boyfriend Cedric Marks was arrested in Grand Rapids, Michigan, Jan. 8 without incident. He is currently in custody.

Jenna Scott, 28, and Micheal Swearingin, 32, were reported missing after they were last seen around 3 a.m. on Jan. 4.

Several months prior to Scott and Swearingin's disappearances, Marks, broke into her home and threatened her and her family, according to an arrest affidavit.

Temple police were called on Aug. 24, 2018 around 9:51 a.m. to a home in the 7700 block of Redbrush after Jenna Scott, 28, went to the Temple Police Department to report that Marks broke into her home, arrest records said.

Scott told police that she was lying in bed with her 9-year-old daughter when Marks broke into her home through the garage, according to the arrest record.

Scott provided surveillance to police that showed Marks walking toward her front door, then walking out of sight toward the garage at the time she said he broke in, arrests records said. 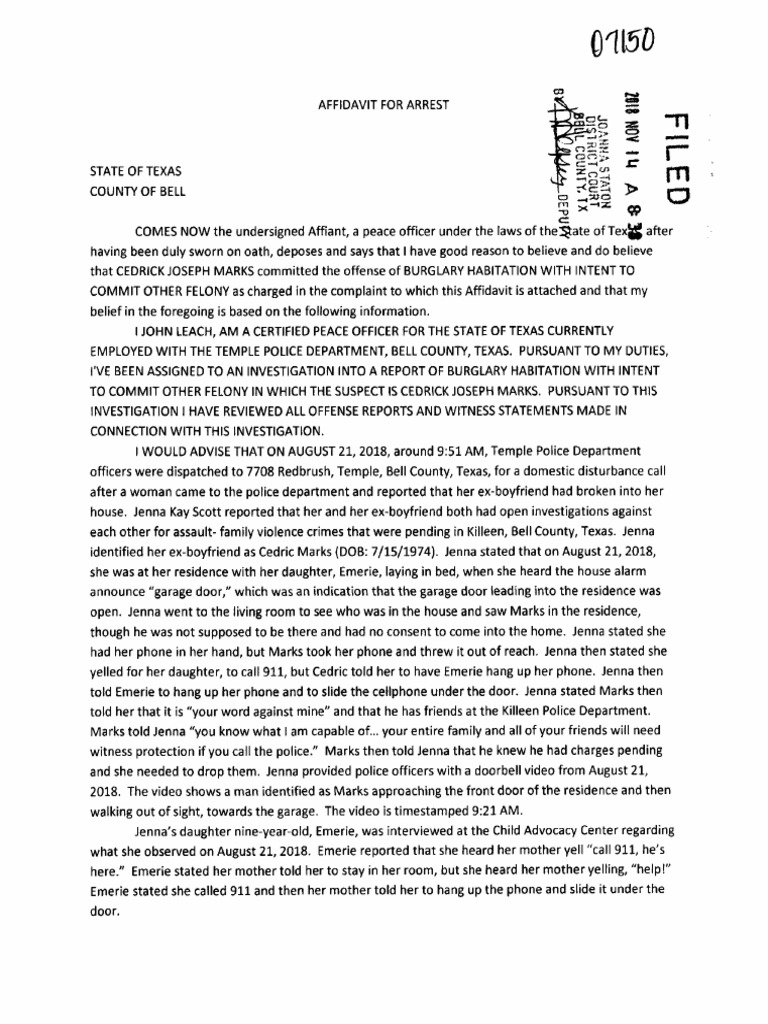 Marks Affidavit
AFFIDAVIT FOR ARREST STATE OF TEXAS 'COUNTY OF BELL qaa 8 V NE AON Ger COMES NOW the undersigned Afiant, a peace officer under the laws of the State of Tex after having been duly sworn on oath, deposes and says that | have good reason to believe and do

Marks was arrested Tuesday in Michigan and may have to face the allegations against him in Bell County.

"It is my intent to seek extradition of Mr. Marks from the state of Michigan and return him to Bell County. It is too early to know at this time when this will occur, but we are engaging in the necessary process to seek his return to Bell County," District Attorney Henry Garza said.

Marks is charged with burglary of a habitation, which is a felony offense.