Business picks-up after soup throw down thanks to worldwide support

After a viral video put a Temple, TX restaurant on the map, the business is starting to catch up after the soup fiasco. 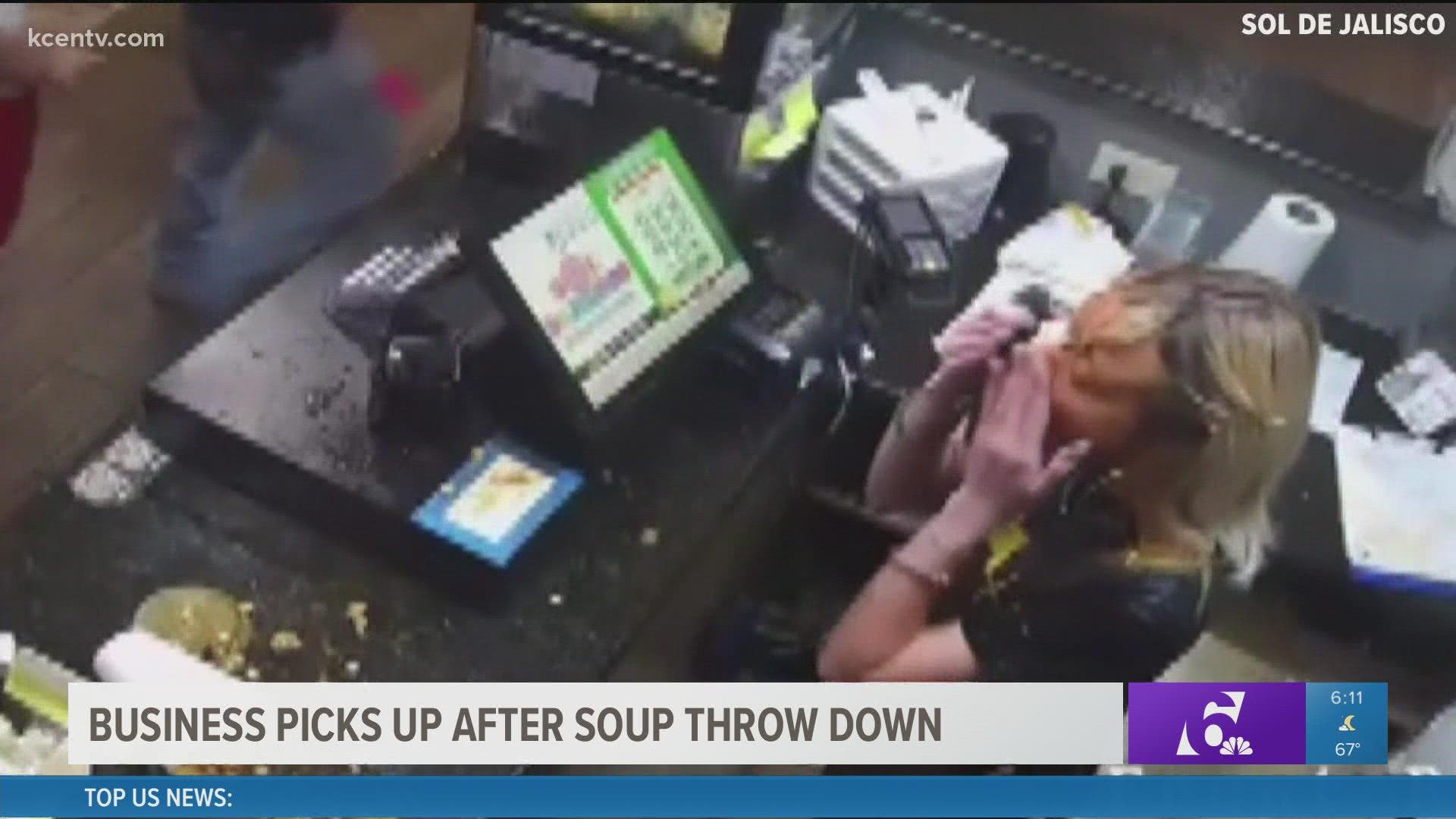 TEMPLE, Texas — We know you have all seen it by now: The video of a giant cup of spicy soup being thrown in the face of a Temple restaurant manager.

The soup assault happened a little before 1:30 p.m. Nov. 7 at the restaurant at 4201 S. General Bruce Dr. Video shows the entire incident that quickly went viral on social media.

Reactions from Central Texans were expected by staff at Sol De Jalisco, but they didn't see the situation going viral nationally. Now, it's made it coast-to-coast and even overseas.

It's a scene that Halley Ainslie says is hard to believe.

"My jaw just dropped," she said. "Boggles my mind that someone that a lot of people know in this town probably would do something like that."

Not only did the viral video put Temple on the map, but it also put the restaurant on people's menu.

"It's picked up in consideration like on a year-to-year basis and people definitely have been coming through just to ask questions," he explained.

Social media has shown the majority of people angry and upset about the situation, but of course the internet has done its thing and some jokes have been made. Memes have been made too:

Leamer says they're able to make some light out of the situation days later and it's because of the overwhelming support and positivity from across the country.

"Outreach and that support from everybody around here, it makes it easier to deal with," he said. "At the same time you get mad for anybody that's in the same shoes as you having that happen to them."

Although now known as menudo girl, Jannelle Broland has truly made it world-wide.

"People are even calling the restaurant that don't even live in the area," Broland said.

She says she is getting outreach from every angle including social media and customers in the restaurant. She even had someone send her flowers Thursday.

"Everybody has just been so unbelievably kind and it really puts my faith right back into people," Broland explained. "Like despite how bad the situation was, it kind of just brought out the best in other people."

But as eyes are on the horrific scene, she hopes people take a lesson from her soup assault.

"I hope people are just more more patient and more understanding," she said.

That her and her co-workers and all others in the industry get the respect they deserve.

"Putting on an apron and name tag does not make us robots -- we're still people," Broland said.

Police said the woman, who they did not identify, first called to complain about the soup she ordered.

The woman later came to the restaurant and is seen in the video arguing with Broland behind the counter. Police said she complained that the soup was so hot that it melted the plastic lid on top of it.

The woman then suddenly throws the entire container of soup in Broland's face and quickly leaves the restaurant with a man standing next to her.

Luckily the soup wasn't that hot anymore and didn't burn Broland at all. She says her eyes were burning from the spices in the soup but she was otherwise okay. The force behind the throw didn't help either, she said.

Temple Police said criminal charges are pending against the woman who threw the soup.

The woman has also been banned from all Sol De Jalisco locations. 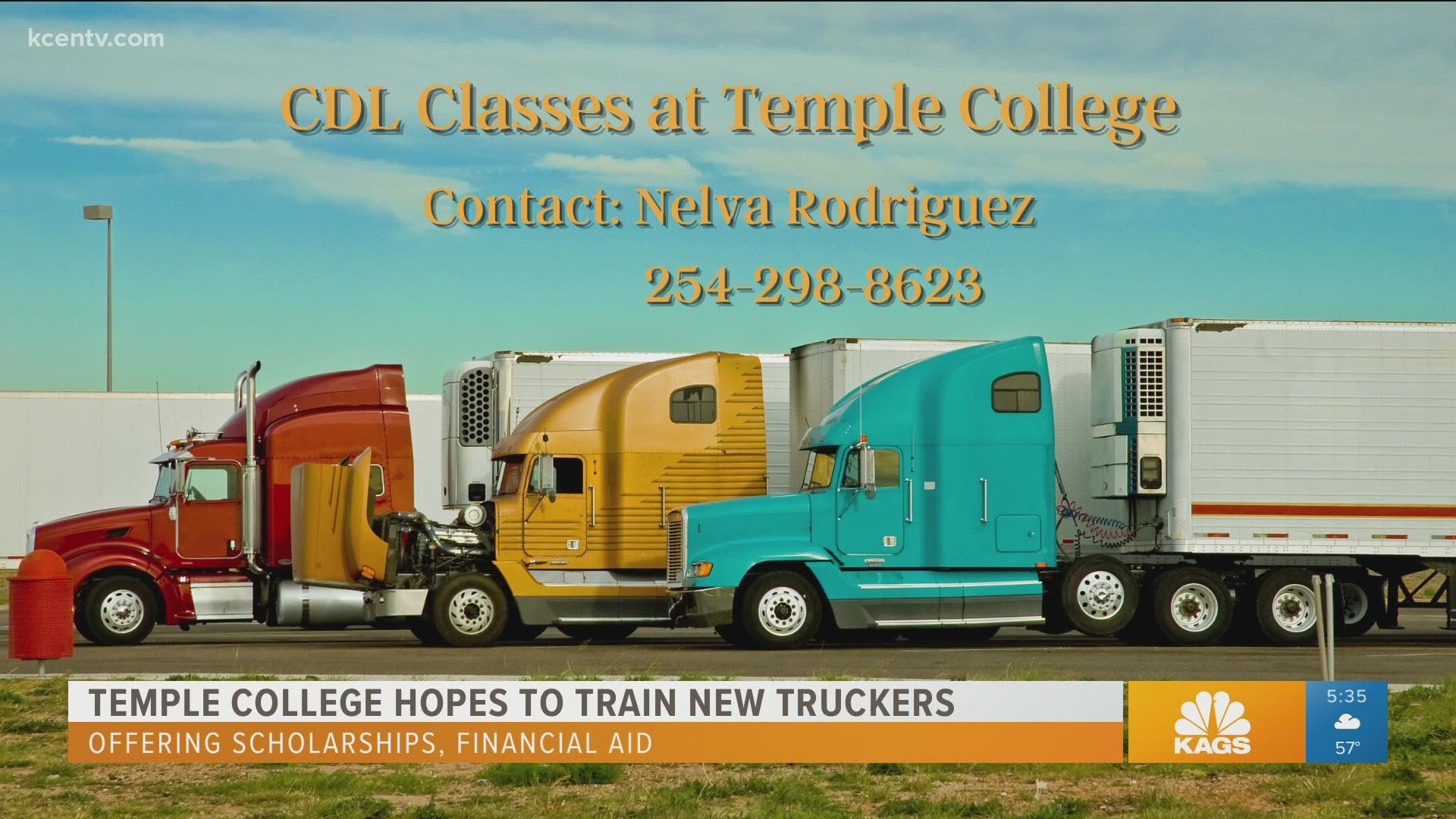