Central Texans having their vehicles 'cheesed' thanks to TikTok challenge

The culprits probably don't realize the damage being done and the trouble they could face with the law. 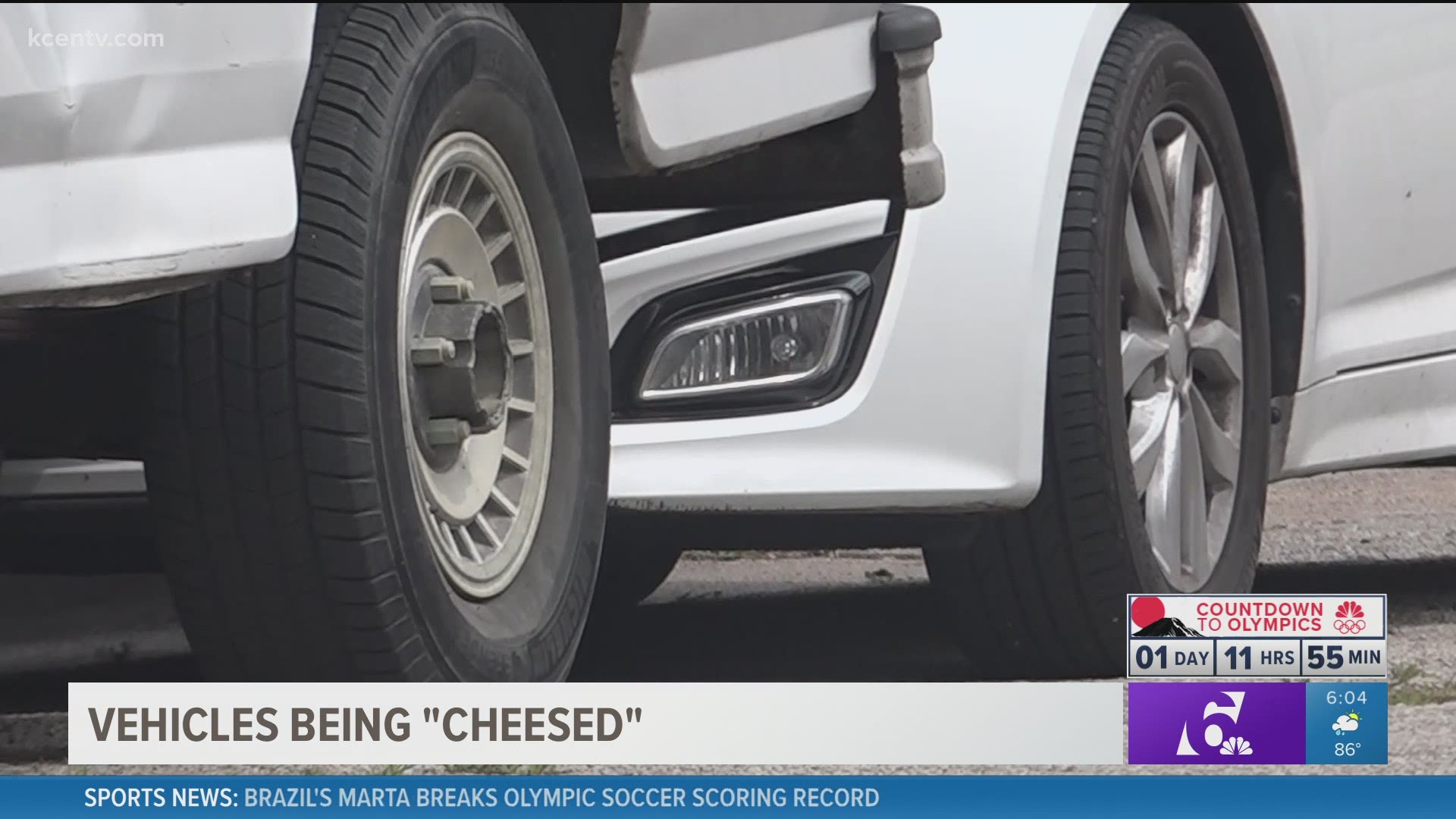 TEMPLE, Texas — Many people on Facebook have been complaining about a challenge that has made its way to Temple.

It's called the "Cheese Challenge" and it has people flinging single slices of cheese on just about everything: babies, motorcyclists and even moving cars.

The challenge poses danger for an unsuspecting driver, but may also be a threat. A TikTok user warned it could be an abduction tactic.

But most of the people in Temple we talked to Wednesday that had cheese left for them believe it's just kids pulling pranks and trying out the trend.

Most reports of people being cheesed in Central Texas have had their cars parked on the streets, not being driven around town.

Some of the people 6 News talked with were mad and others just laughed it off, but they all agreed the cheesy scene was annoying.

The cheese on cars can cause a major problem to paint jobs and glass, especially when its hot, and it leaves vehicle owners dealing with quite the mess.

Most commonly thrown: processed cheese singles that mostly look like American or cheddar cheese, but a variety of cheeses are used in the prank.

6 News is told the more acid in a cheese, the more damage it could cause to a vehicle.

A Temple woman whose car was 'cheesed' said thankfully all that was left was a greasy spot until her car went through the wash.

Although there have been many Facebook posts from people in Temple being 'cheesed,' Temple Police has not had any reports. A spokesperson for the department tells 6 News if property were damaged from the cheesing, those responsible could face a criminal mischief charge.