James Reed's family is pushing to end no-knock warrants and asking that the officer who killed him also be held accountable. 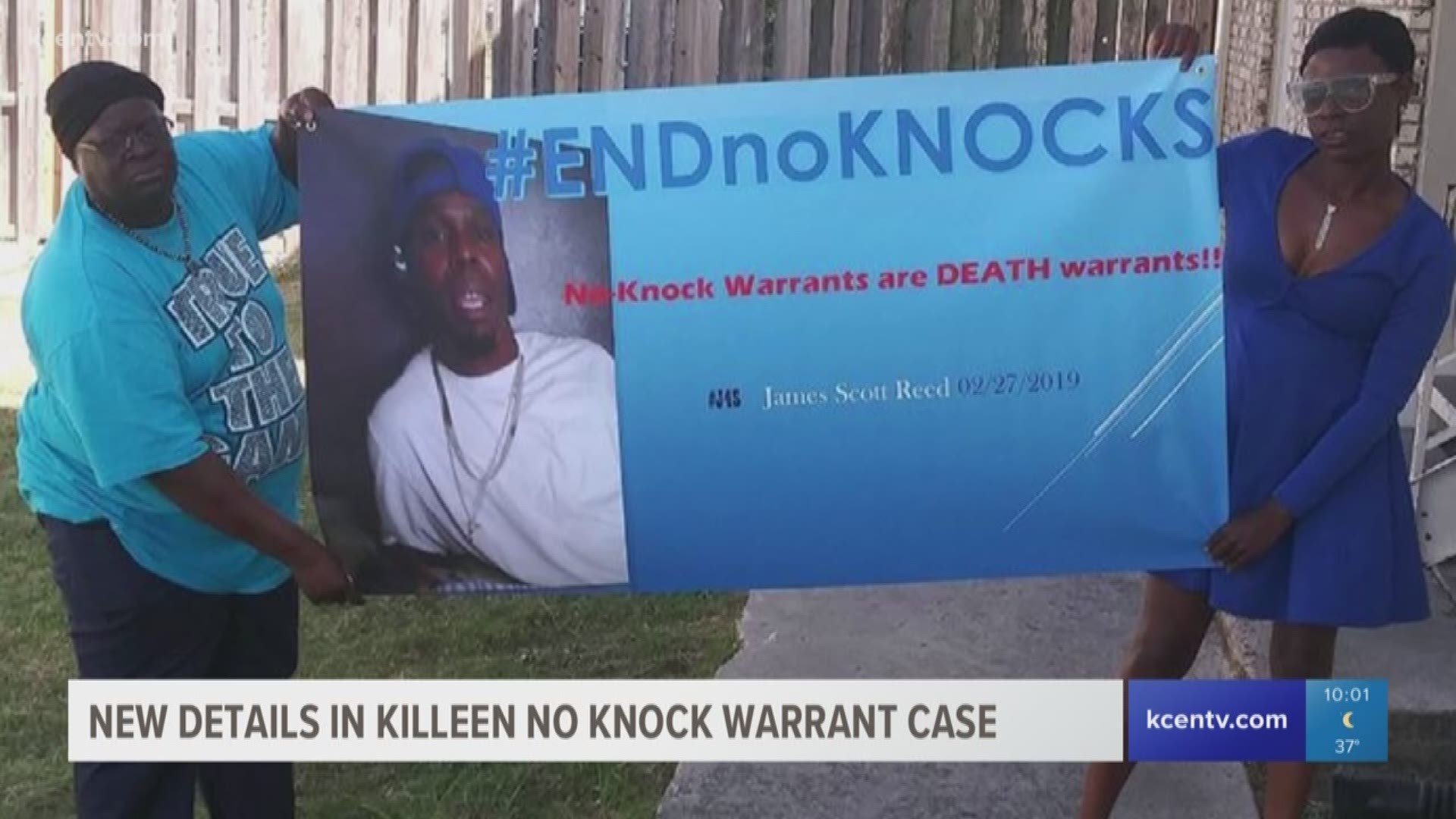 KILLEEN, Texas — The family of a man who was killed in an officer-involved shooting in Killeen in February is saying a second officer also fired shots and should be held accountable.

Officers served a no-knock warrant for James Reed at a home in the 200 block of West Hallmark Ave. on Feb. 27, when Reed was shot and killed.

Ex-Killeen officer Anthony Custance resigned after a Texas Rangers investigation into the shooting showed he didn't follow an operation's plan and he tampered with his rifle and ammunition.

Custance pleaded guilty in September to tampering with evidence after the deadly shooting. The Texas Rangers' investigation showed Custance fired into the back of the home where Reed was, but it wasn’t Custance’s gunfire that caused Reed’s death, the investigation found.

Reed's family is pushing for justice and asking that the officer who killed Reed be held accountable, they are still coping with the loss.

"We were neighbors, we were best friends. If I needed 40 dollars he would give it to me because he's always there," said Jumeka Reed, James Reed's sister.

Members of Reed’s family said they have not been provided the name of the officer who fired the fatal shot and without it, they can’t move forward with a lawsuit against Reed’s killer.

"It makes us feel hopeless at times but that's why we're still fighting for our voices to be heard. It's sad that in 2019 we have to go through all this for transparency. But w're going to keep fighting to make sure his name won't be forgotten and we hope the community does to," said Reed.

The family plans to continue their fight and hope to have the community's backing along the way.

"They're hoping as time goes on we'll forget about it and move on but we just can't do that because if we do that, they'll get away with murder and I just can't live with that," said Reed.

Reed has started a petition in hopes of ending No Knock Warrants in Killeen.

Sentencing for Custance is set for early December.

Fire breaks out at Cargill Turkey Production in Temple