On Saturday, representatives will visit the sites where some soldiers have died or gone missing. 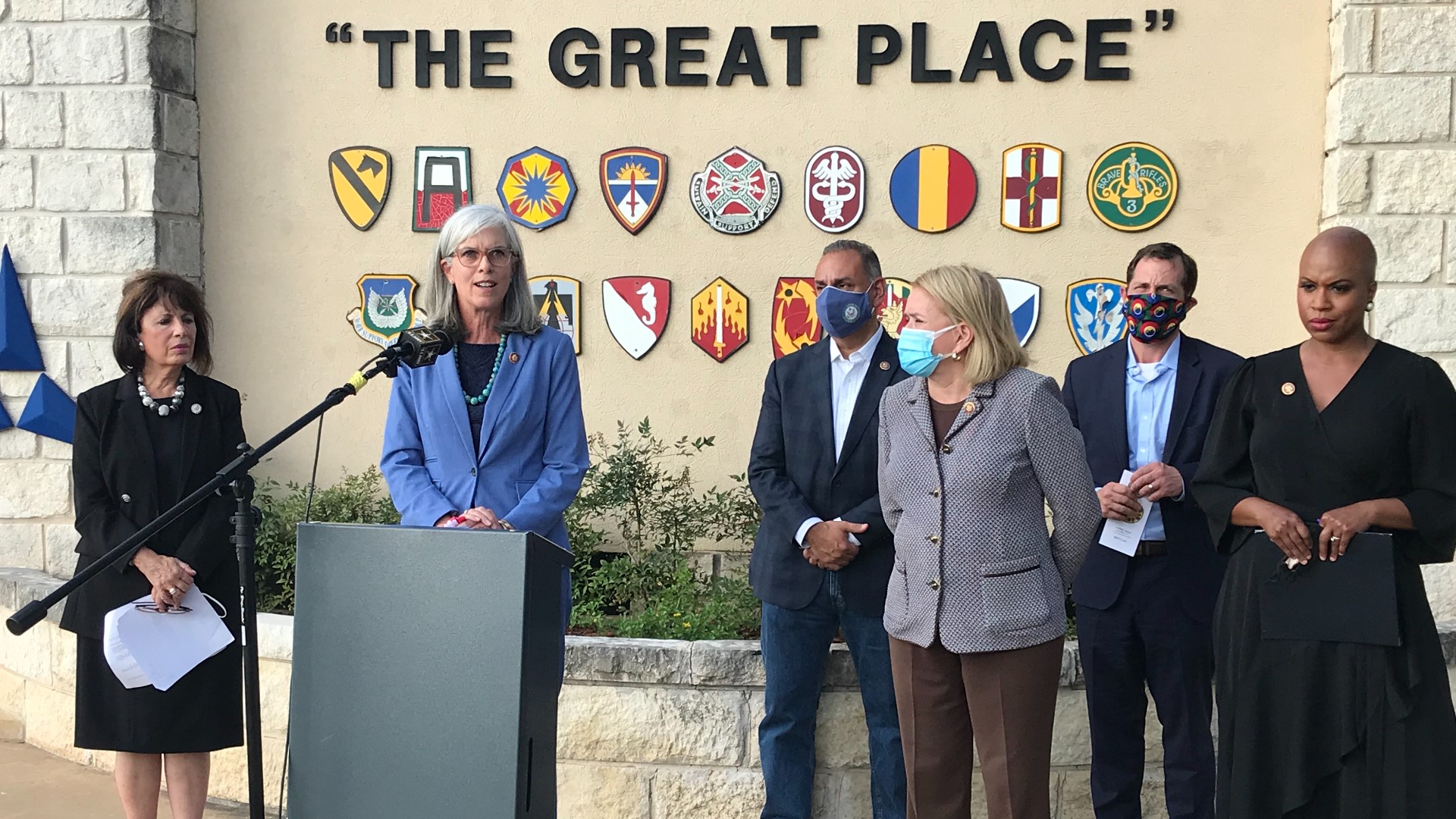 FORT HOOD, Texas — A group of congress members will meet again Saturday with leadership on Fort Hood to discuss recent events on post. This comes after nearly 30 service members have died just this year.

“Today we are here to confront to face the systemic hurt occurring here at Fort Hood," Representative Ayanna Pressley (D-Mass.) said. "In the last year alone five homicides, seven suicides, eight accidental deaths, two by illness and five under investigation. What is going on here at fort hood?”

Members of Congress traveled from Washington to Fort Hood Friday to launch an investigation on the deaths of a number of service members that have gone unsolved or have caused great concern.

"Behind me is the sign that says, 'Fort Hood the great place.' I don’t think any of us feel we can call it the great place right now,” Representative Jackie Speier, (D-CA.) said. “I believe there are serious culture and safety issues at this base that we must address."

They addressed things such as soldiers and their spouses who told congress members they don't feel safe on post.

Speier is the Chairwoman of the Subcommittee on Military Personnel. She also feels that the morale is low and Fort Hoods Criminal Investigation Division is not equipped for their job.

"I’m deeply concerned the arms room was never subject to a forensic review until after Vanessa Guillen's body was found on June 30. Two months after she disappeared,” Speier said.

Representatives said mold in the barracks are the worst they have ever seen, but they feel confident new leaders at Fort Hood will turn things around.

“We will be keeping them accountable and making sure the initiatives they're launching that they follow through on those. At the end of the day the proof will be in the results,” Representative Jason Crow, (D-Colo.) said.

Representatives said Fort Hood needs to beef up their efforts to provide communication with next of kin. They said the process of identifying a soldier as AWOL must be changed not just at Fort Hood, but in the entire United States Army.

On Saturday, representatives will visit the sites where some soldiers have died or gone missing.