Have you been to Temple's Food Truck Plaza?

Temple food trucks say getting repeat customers has been easy since moving in the 'The Yard' in the city's downtown. But they need new customers to survive. 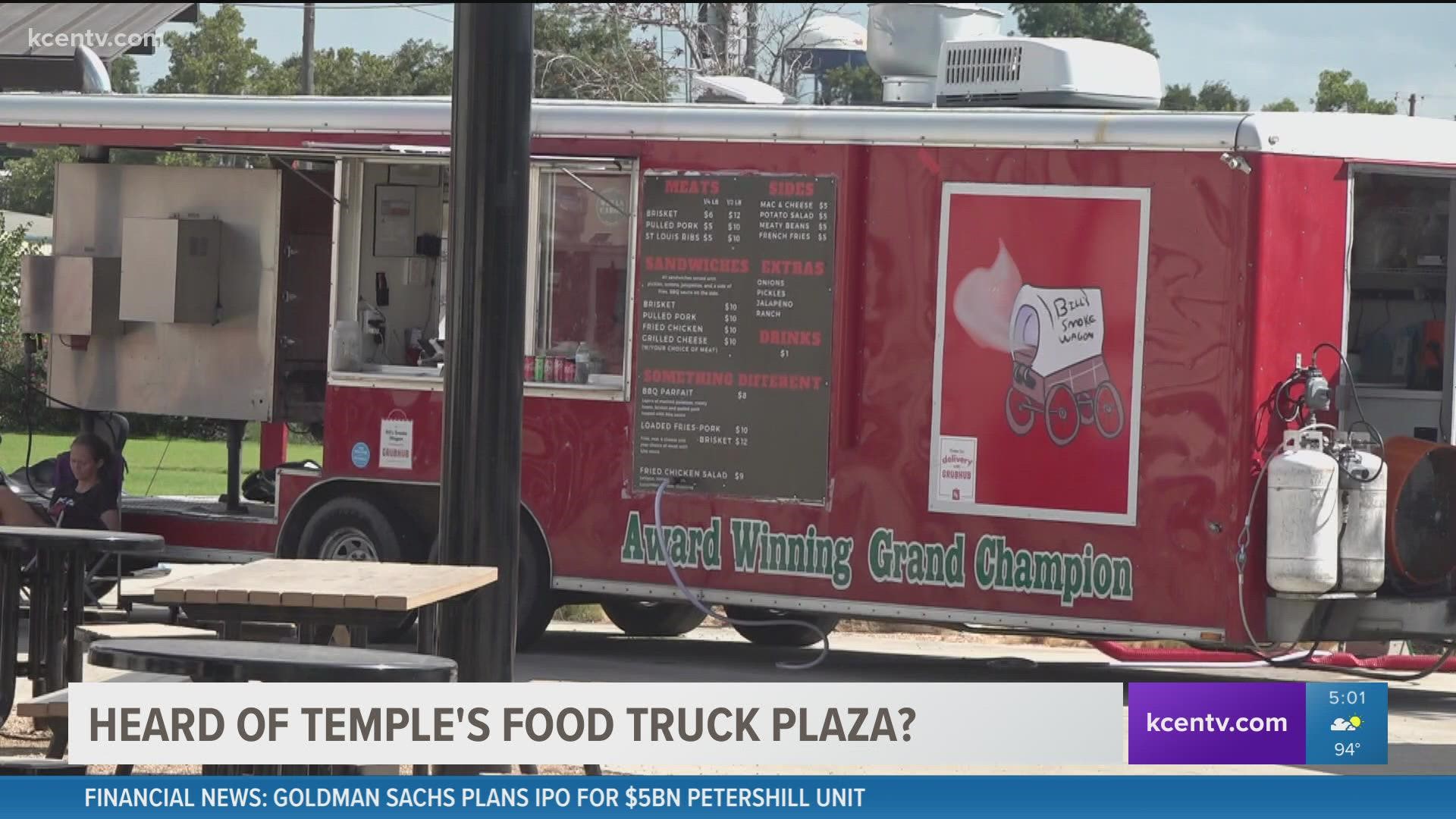 TEMPLE, Texas — The City of Temple opened "The Yard" food truck plaza late last year. Several trucks are ready to serve customers during lunch hours every day, though finding new customers is sometimes difficult. Even though "The Yard" has been there for a year, truck owner Chantee Ingram told 6 News she still hears the same reaction.

"A lot of people who are coming to me, they tell me they didn't know nothing about this yard. So they spread the word for us and I tell my customers 'let people know,'" Ingram said.

The Yard is located at 98 W Avenue B in the south part of Temple's downtown. Most of the food trucks are open for lunch, starting at 11 a.m. from Tuesday to Friday.

But how is it that a city run food truck plaza is still a secret after a year of operation? Some local business owners told 6 News the City of Temple simply doesn't seem to do any marketing for the yard.

The location does have a website managed by the city, which includes a list of trucks at the site, but there doesn't seem to be much in the way of social media updates. Food truck owners told 6 News they get most of their business with their own social media marketing.

When 6 News spoke to Temple's Parks and Recreation Department about the issue last week, Assistant Director Mike Hemker told 6 News there was a disconnect with the way they were trying to manage the park and the way food trucks were operating. The core issue, Hemker said, is they didn't always know when the trucks would be there.

"For marketing it, if everyone is going and coming with different schedules, we don't have a regular schedule to advertise 'hey come down to the food truck plaza, we have five trucks open," Hemker said. "Because they have different schedules."

Hemker said the food truck plaza was originally created with the vision of bringing food trucks in for a week or a whole month and having them remain as the site with various utility hook ups. Hemker said the city had to become more flexible.

Ingram, who owns The German Food Trailer, said trucks need to be at other special events to make money as a business.

"For some trailers that's their main income. If you sit at the yard, it's not really that busy. You have to go out to events to make money. You have to pay your rent to Temple," Ingram said. "I believe a lot of trucks have said they are just not making enough."

However, there does seem to be a middle ground.

While food trucks may not be well equipped to serve breakfast, lunch, and dinner from the same spot, Ingram said the trucks are always ready to serve lunch from Tuesday to Friday starting at 11 a.m. Marketing to that specific time slot could be a solution.

Truck owners also believe putting signs downtown to direct traffic to the park could be helpful.

"People really kind of stopping at a certain area but don't really make it all the way down here. It would be absolutely amazing if the city could put signs on some corners or put advertising about the food truck park. This is a nice area," Ingram said.