Teachers had to make sure students were all on the same page, but there were some gaps between those learning from home and in-person. 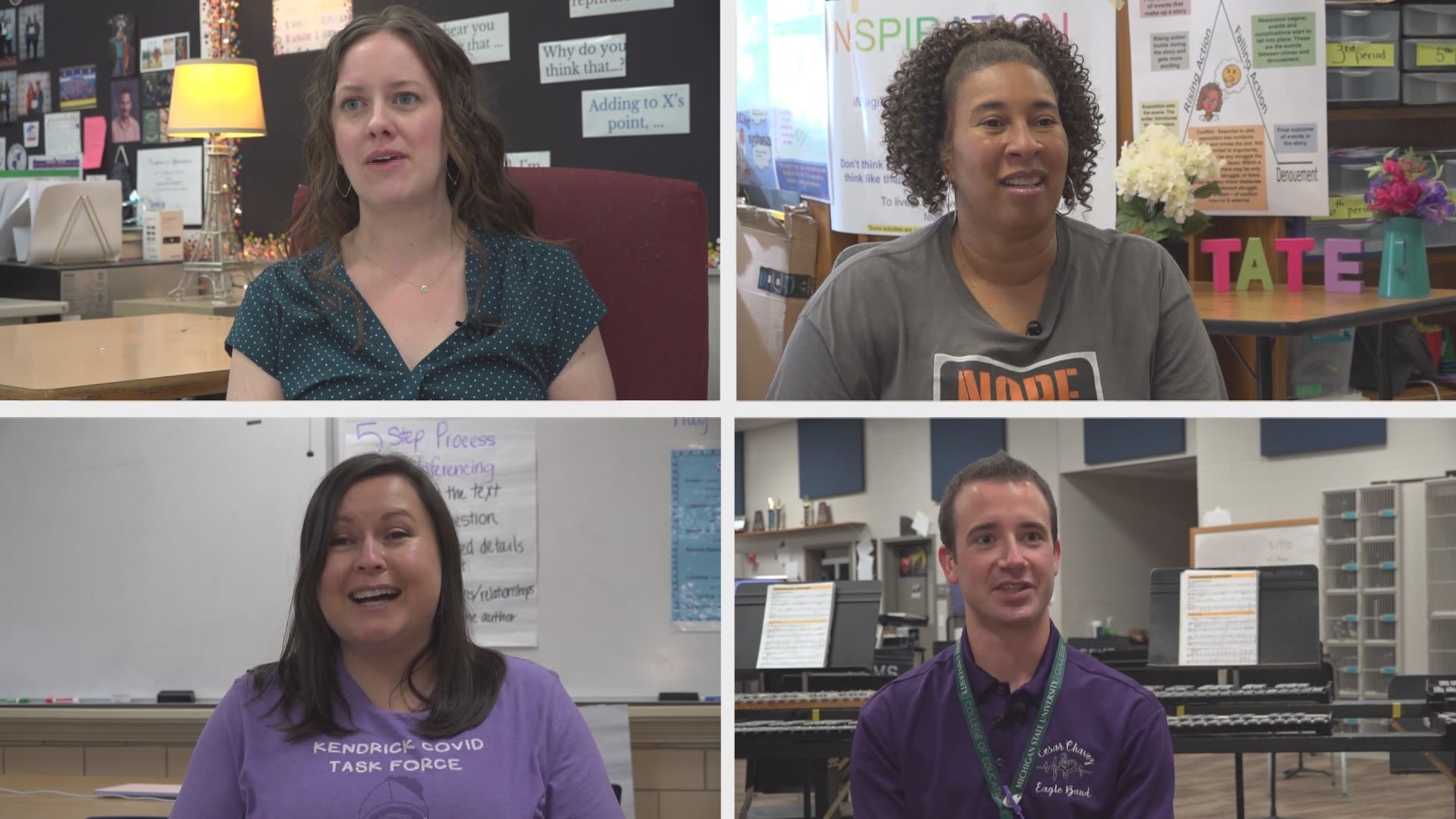 TEMPLE, Texas — During a COVID-19 school year, students were impacted academically, mentally and emotionally. Educators are hopeful for a brighter tomorrow but they're aware of all they work that needs to be done to get students on the same page and fill the gaps that were created in a school year unlike any other.

Teachers like Kaleigh Verett and Pamela Tate at Temple ISD and Kristina Munoz and David Grenada at Waco ISD were on the front lines partnering with parents who took on the roll of part-time teachers at home.

"It was very overwhelming to be honest," Verett said.

"It was unmarked territory," Tate said.

"It's been the most unique for sure," Munoz said.

"It was just kind of a whirlwind," Gerada said.

The struggles were unlike anything they've experienced before with remote and in-person instruction simultaneously.

"I teach French which is a language that's very difficult to teach when you don't have a person in front of you," Verett said, who's been teaching for 11 years.

"How do we teach band students about band concepts when they're sitting behind a computer screen?" Gerada said, who's an assistant band director.

Teachers had to make sure students were all on the same page, but there were some gaps between those learning from home and in-person.

"Now they're going to have to work harder to catch up to be up with everyone else," Munoz said, who's been an elementary school teacher for 14 years.

The struggles were there in extra curricular activities like band as well.

"We had about six to seven months of them not playing an instrument and normally you hear about the spring break and summer break regression of student knowledge, well we had double that," Gerada said.

Due to the circumstances during the pandemic they had more grace with their students who were falling behind.

"You have to take care of home first and so it's very different trying to worry about teaching them about math when they just needed to know where am I going to eat or are my parents going to work," Tate said, who's been a teacher for 25 years.

One of the biggest struggles was making a connection with their students, so these four teachers implemented check-ins for their mental health every day.

"I think some of those teaching days were life days and learning about how are they doing how are they feeling," Tate said.

"I was like hey I don't care if you complete every assignment this week, are you ok?," Gerada recalled.

"I've tried to implement more time for them to connect and maybe it's just two to three minutes at the beginning of a lesson and we're not taking a ton of time to talk about how they're doing, but really providing an opportunity for them to be known and to be seen," Verett said.

They've realized how much kids are able to adapt and just how much they're capable of, but they're all just ready to move forward.

"We've learned so much as teachers about what works and what doesn't work," Verett said.

"We really do just want the best for our kids, we really want them to succeed and we just know this is another hurdle," Munoz said.

"To all the parents I just say thank you, I mean all of a sudden your house became school, your job became a burden because your student was at home, and we overcame so many struggles," Gerada said.

So how much did the pandemic truly impact students? There's no telling just yet and it may even take years to find out. One thing educators can all agree on is if students overcame this past year, they can overcome anything that comes their way.

Local superintendents reflect on the past year: