From the Silos, Magnolia Table, Silos Baking Co., and Magnolia Press, the Gaines family put the city of Waco on the map. Now, the couple is dishing on a new project. 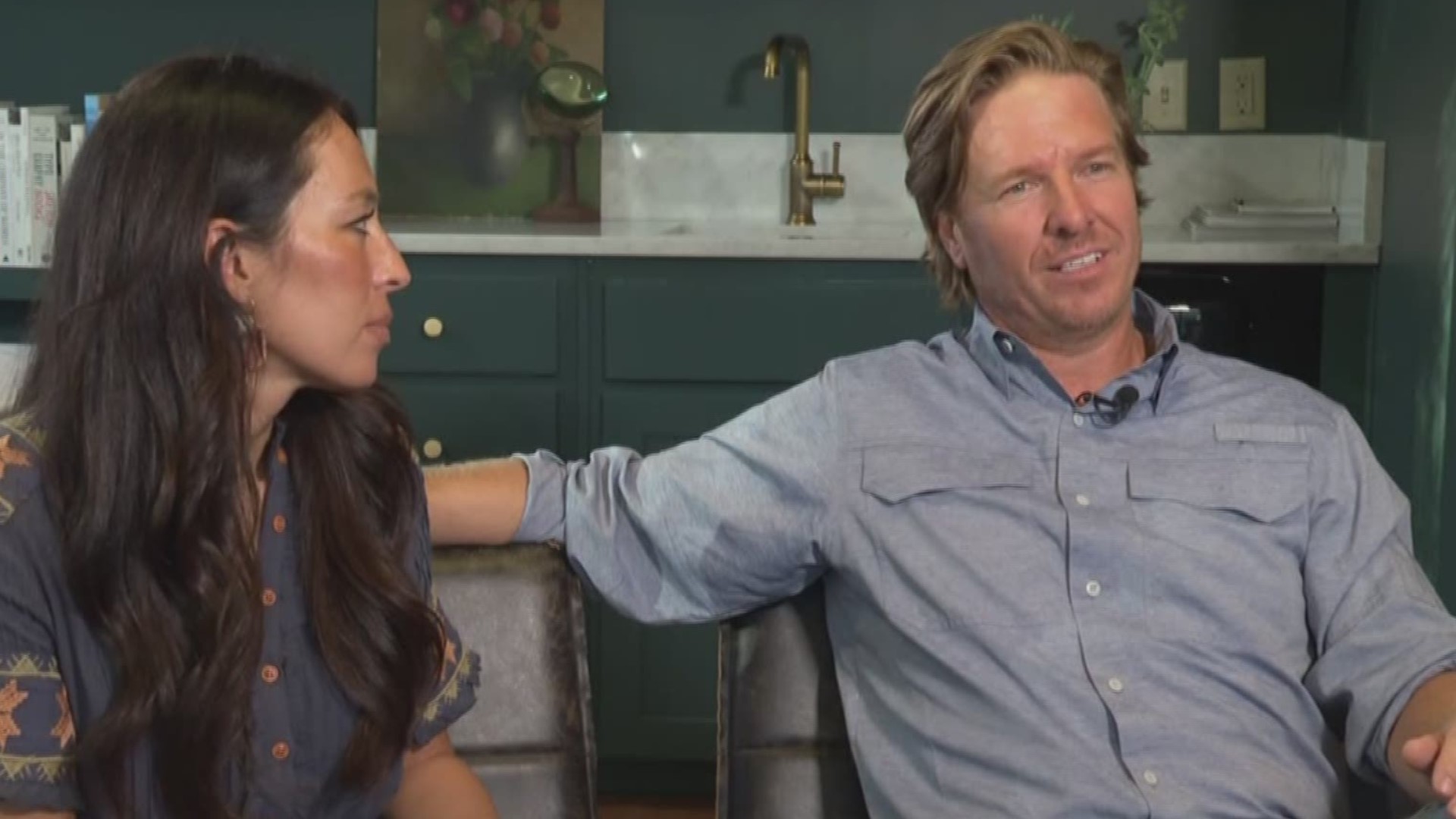 WACO, Texas — A lot of people consider Chip and Joanna Gaines Texas royalty. Texas Today anchor Heidi Alagha got to sit down with the couple to discuss what’s next and the future of Waco.

From the Silos, Magnolia Table, Silos Baking Co., and Magnolia Press, the Gaines family put the city of Waco on the map, drawing in hundreds of thousands of people to the city each year.

When the couple got married, Chip discovered that Joanna had a list of business ideas she one day wanted to conquer. Heidi had to ask the big question: “I’m so curious to know what ideas have you not checked off the list at this point?”

“All we’ve got to do is figure out where we're going to put this spa one of these days,” Chip said.

The couple may have the perfect location for the spa. They plan to turn the old Karem building downtown into a boutique hotel by 2021.

“I mean there will be some type of spa, I’m pushing for that. We’ll see what happens, but I would love that to be a part of it for sure,” Joanna said.

For anyone who’s been to the building, don’t worry, Joanna plans to highlight it’s unique architecture.

“We want to preserve a lot of the historic elements of the building," she said. There’s just some beautiful trim work, windows, things that are just killer-- the ballroom. You can just walk in and see it and imagine what it was and what it could be.”

Aside from the hotel, the Gaines’ recently purchased the Cottonwood Castle. Let's face it, not many people can say they own a castle. So we asked the dynamic couple what they plan to do with it.

“We’d love to. Can you tell us what we should do?  It’s been one of those things” Joanna said.

“I like to buy stuff then we figure out later what to do with it. But I’ve wanted the castle for like 20 years,” Chip said.

If it’s one thing we know, no matter what they do with the castle, it’s sure to be just as great as all their other projects. Chip and Joanna are also launching their Magnolia TV network set to debut in Oct. 2020.

RELATED: Chip and Joanna Gaines to launch new TV network based in Waco

Despite having to juggle all of their projects, Joanna said it’s their love for the city that keeps them going.

“We love what we do, and yeah, there’s challenges and it’s hard work, but I think for us, it’s just bringing life back into some of these spaces that have kind of been left for dead in some way,” Joanna said.

“We want to be good neighbors. We want to shine a light on Waco, Texas and kind of feature or showcase some of the really great features of this town that everybody knows exists here,” Chip said.

The couple rose to fame thanks to their hit show, "Fixer Upper." That fame has turned into international fame. Calling Waco home has helped them and their five children lead a normal life.

“We like being famous in Waco. I’m sure it would be a lot more complicated if we were in a big city," Joanna said. "Waco has been a great place for us. I mean, Waco kind of supports our little family.”

“We love Waco. I mean, bottom line, we adore this town,” Chip said.

In the spirit of fun and a new tradition, we couldn't let the Gaines' get away without answering six rapid-fire questions. Of course, they had some pretty funny answers.

RELATED: Chip and Joanna Gaines' Magnolia Foundation to give out sports gear to kids in need