Mother of missing Temple man: "I can't make it without my son"

TEMPLE, Texas — The Temple Police Department said it is still investigating the disappearances of Michael Swearingin and Jenna Scott, who went missing on Jan. 4.

Swearingin's mother, Deborah Harrison, said she, along with Scott's parents, her friends and members from First Baptist Church-Academy have passed out fliers in Lorena, Killeen and Austin.

"We don't know where they are," Harrison said. "We don't have the foggiest idea. If anybody sees them, or if anybody remembers seeing them Thursday night, or Friday morning, call the Temple Police Department."

Harrison said her son is a caring person, who is always willing to lend a helping hand, especially during tough times.

"I lost my husband three years ago, and Michael was my rock," she said. "Anytime I need him, he will be right there."

Swearingin and his mom planned on going to Houston last weekend to celebrate a late Christmas. 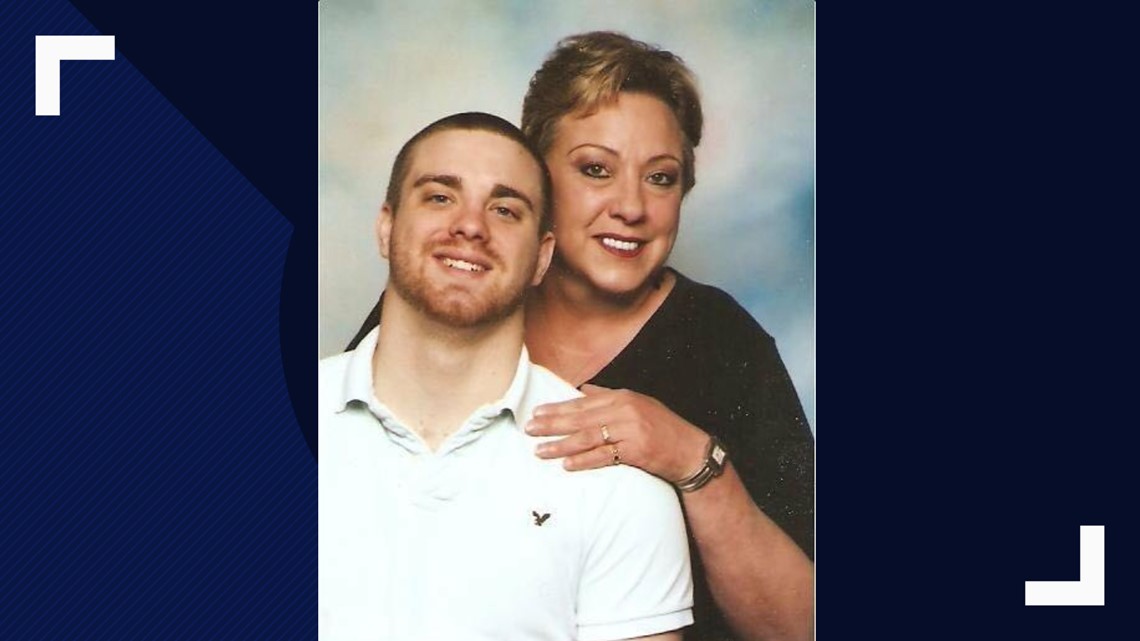 "They're my husband's grandchildren, but I'm Nana, and Michael is Uncle Michael," she said. "We don't have any 'step' business in there. We're the real deal. They didn't get their Christmas Saturday."

Harrison said she believes somebody abducted Swearingin and Scott in Temple on Jan. 3.

"It's a mother's beliefs, that's my feeling. There's no definite proof of that," she said.

Police said that the last time Swearingin and Scott sent text messages was early Friday morning. Harrison said she thinks an abductor was the one texting.

"We know it wasn't a wreck because we found the car in Austin," she said.

Harrison said after he disappeared, Swearingin's house alarm was going off for hours and some security footage was missing.

She said her son isn't the type of person who would turn his back on the people he loves.

Swearingin's older sister, Rhonda Daniel, is legally blind, and he has helped take care of her for years.

"This is her little brother, and she loves him dearly and she needs him. Please pray for us," Harrison said.

Scott and Swearingin first met while she was in nursing school at UMHB. Swearingin was interested in one of Scott's friends.

"It's not two kids that have run off for something," Harrison said. "These kids have a platonic relationship, they're like brother and sister."

Swearingin has a girlfriend, and Harrison said she told her she's ready to get married to him.

"She said she wants to give me some grandbabies," she said.

Harrison said she is very grateful for all the help and support her son's friends have provided during this difficult time.

"Michael's friends have come out of the wood work, they've been helping so much in trying to piece everything together," she said.

Harrison said that a lot of speculation on social media is flat out wrong.

She also said Temple police are doing a whole lot of work, but the department can't share everything with the families, since it might hurt the investigation.

"Those people, some of the ones they're questioning aren't good people, and it is scary," she said. "If that person took them, I don't know, I'm really scared to death."

Harrison said one way she's been coping is by calling Swearingin's phone to hear his voicemail greeting.

"I have to do that so I can hear Michael's voice," she said. "I just call his phone so I can listen, cause he is my baby."

Although it's been emotionally draining for her, Harrison said she isn't giving up until she finds her son.

"I want people to continue to pray. We don't want the momentum to die down. We need people praying, we need people putting up posters," she said. "I can't make it without my son."

Anyone with information about Michael Swearingin and Jenna Scott's whereabouts, contact the Temple Police Department at 254-298-5500.