Several dozen people gathered outside the Killeen Police Department Saturday to call for the arrest of Officer Reynaldo Contreras. 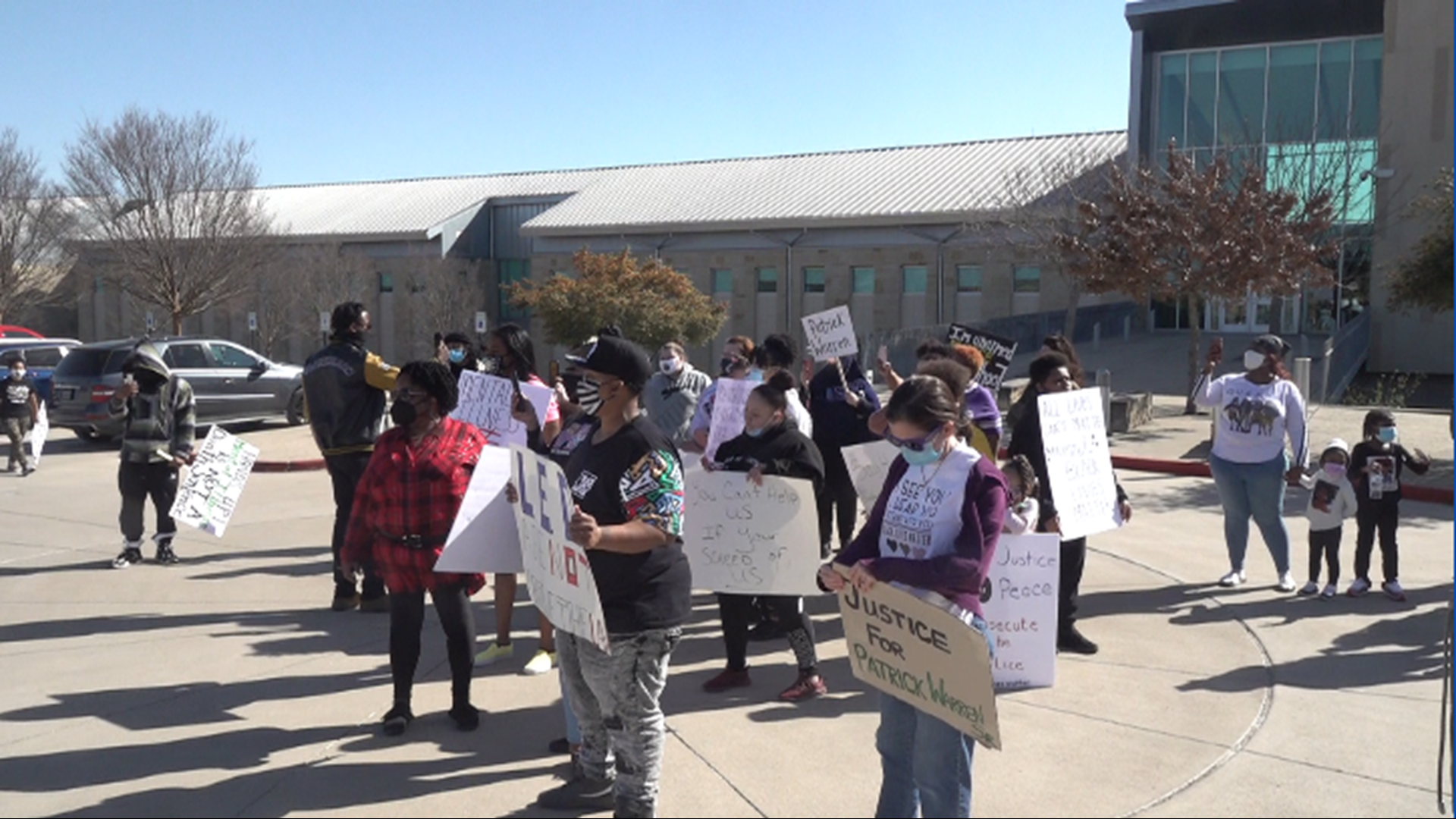 KILLEEN, Texas — Cries echoing the chant "arrest Reynaldo Contreras" rang out in front of the Killeen Police Department Saturday as local citizens came together to protest the shooting of Patrick Warren Sr., 52, by a Killeen police officer on Jan. 10.

It happened just after 5:30 p.m. on the 1600 block of Carrollton Avenue. A Killeen PD press release states it was in reference to a 911 psychiatric call.

Warren's son, Patrick Warren Jr., told 6 News Saturday the family had actually called a number for the Bell County Sheriff's Department Crisis Response Division. Warren Jr. said a Sheriff's office deputy who specializes in mental health came out to their house the previous day and took their father to get help. He said they were trying to get the same deputy on Sunday.

"We called the mental health hotline they had gave us," Warren said. "We never were told a police officer would come out."

Doorbell video shows the moments leading up to when Warren was shot and killed. The video shows Warren come out of his house while waving his hands. The family said Warren was hit with a taser-like weapon and later shot three times.

Warren told the story in front of a group of protesters Saturday afternoon. Other protestors spoke, demanding more accountability from the Killeen Police Department.

"We are gathered here today with the community to bring change, to bring about accountability," said Bryan King, founder of Brothers Against Community Crimes (BACC).  "We want peace, but we want accountability. We want to know that we can call on the authorities and know that our people are taken care of. I'm not here to say who is right or who is wrong, but more than one person is affected by this. Our community is affected by this."

The protest lasted for less that two hours and ended peacefully. Warren Jr. said he wanted local leaders to hear his father's name every day for justice to be done.

Warren also told the crowd multiple times he doesn't want to see any violence as a result of the shooting and hopes the city will stay peaceful.

"I really want everybody to be peaceful. Don't burn the city down or nothing like that," Warren Jr. said. "We just want this officer arrested. We want to feel like the city is doing the right thing."