Walking on the sidewalk outside Globe Life Park, two families became the heroes of dinner. 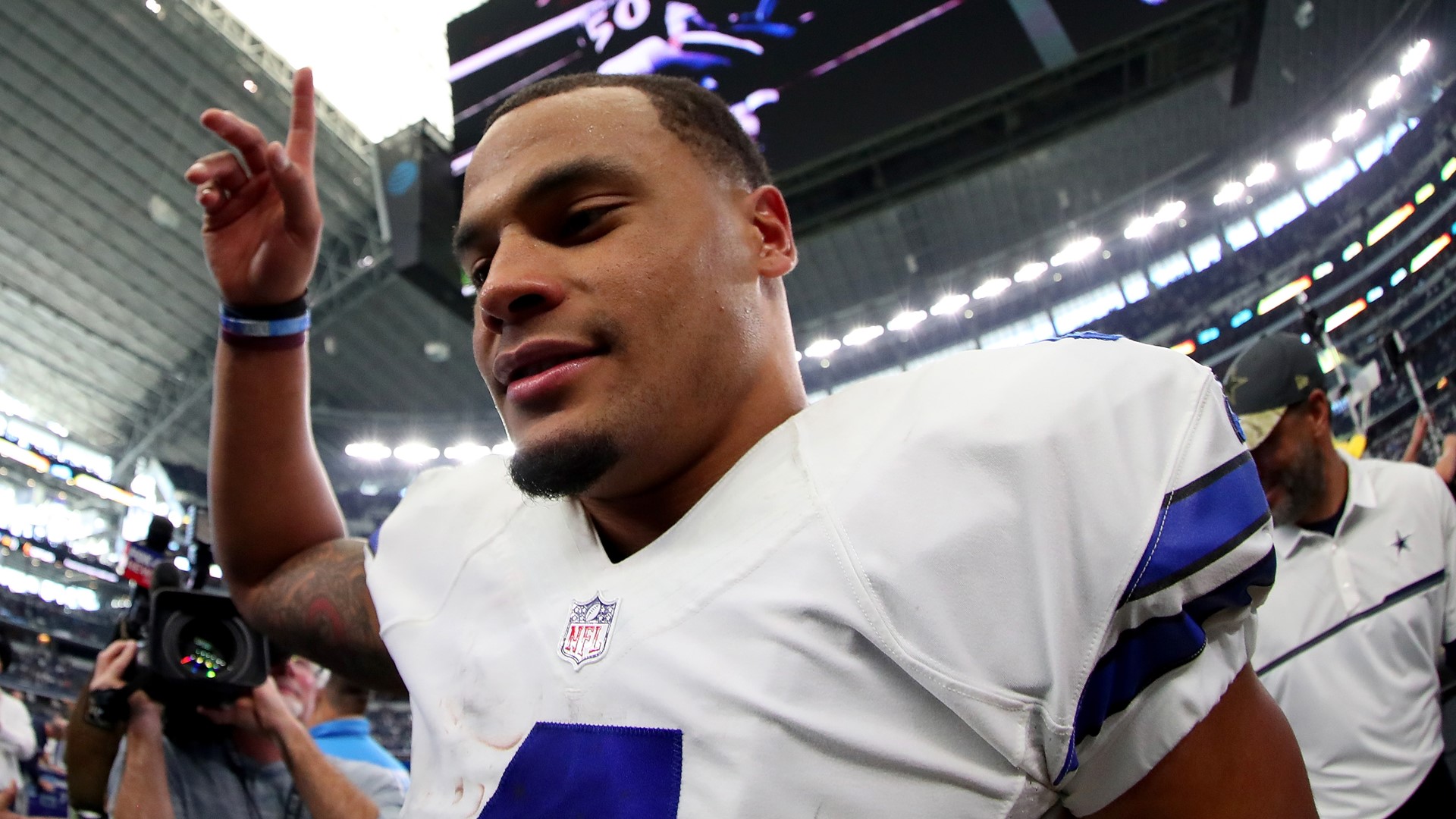 GROESBECK, Texas — Friday night, two families from Groesbeck became the heroes of dinner for a member of America's Team.

The Urban and Brightwell families made the trek to the Rangers-Royals game Friday night since they had free tickets.

While walking on the sidewalk outside Globe Life Park in Arlington, a large black SUV pulled up and someone asked for for a taco.

"Some guy behind us kept hollering, 'Hey, give me a taco. Give me a taco,'" Brian Brightwell said. "When you're walking with your family, you don't know who it is, so I ignored him at first. Then, we got stopped and realized he was nice, so I sent one of the boys to give him a taco."

A friend of Brightwell's 11-year-old son, Braydan Urban, grabbed a taco, not knowing which type he grabbed, and ran it to Dallas Cowboys quarterback Dak Prescott's rolled-down window.

"I was just so excited," Urban said.

Brazos Brightwell, Urban's friend, said the tacos came from the nearby Taco Bell. "It was either a Doritos Locos taco or a regular supreme one."

Shortly after, Prescott gave the group a shoutout on Twitter, which received more than 8,000 likes.

"‘I want to thank the amazing family who gave me a taco while sitting in traffic on (the) way to (the) Rangers game! I love families because of families like you.," the tweet said.

Because the light turned green, Urban said he couldn't ask for an autograph, as Prescott and a car full of people began to pull away.

"I wish I had something for him to autograph for me," Urban said.

Brian said he was amazed at how nice of a person Prescott was and that while he's still a Patriots fan, he'll cheer for Prescott from now on.

"For me to see Dak Prescott is like the greatest thing that could ever happen to me," Urban said.