Three doctors from Austin, Houston and San Antonio hosted a webinar where they expressed their concerns for the health and wellbeing of children in our state. 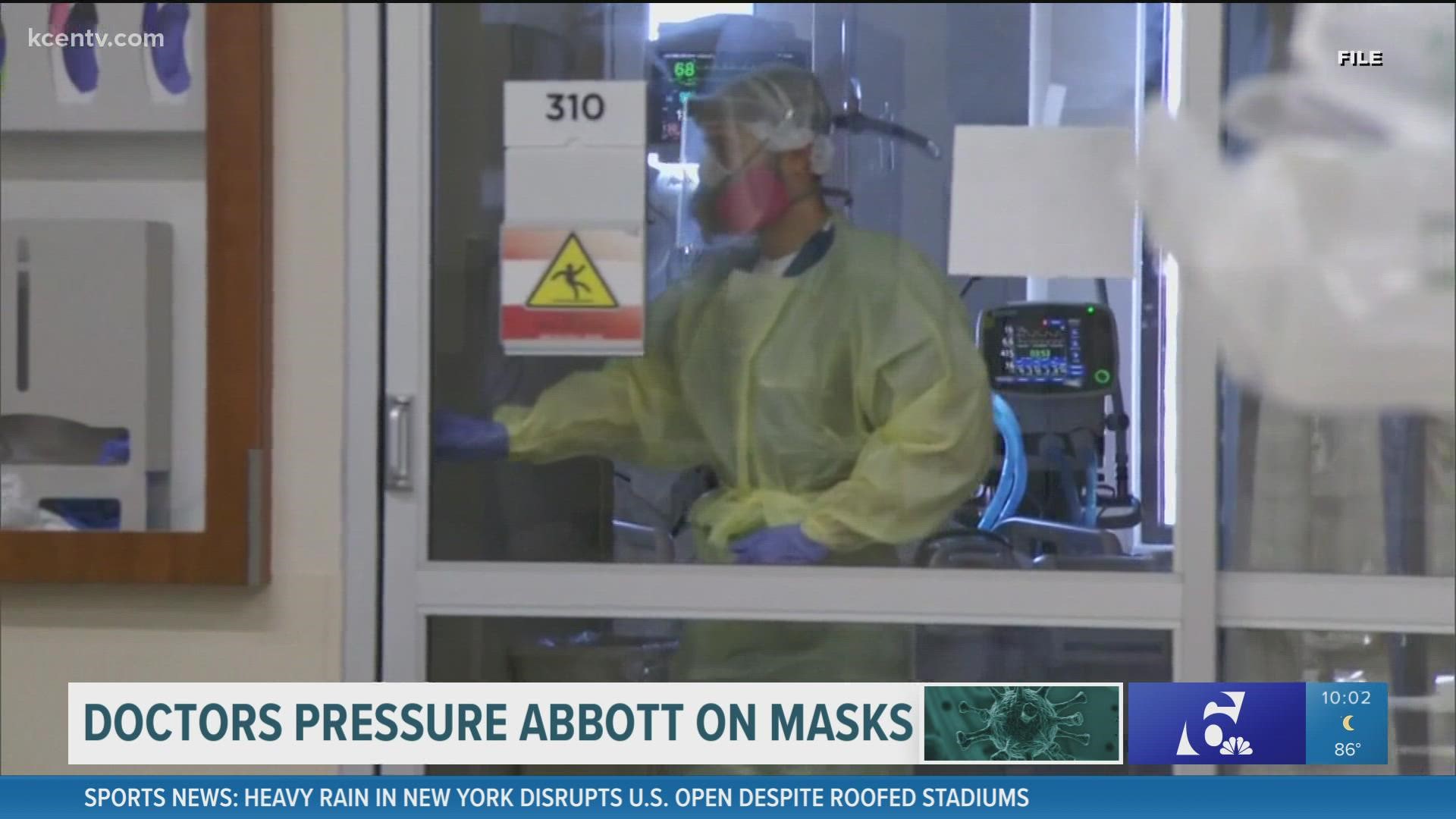 Three doctors from Austin, Houston, and San Antonio hosted a webinar where they expressed their concerns for the health and wellbeing of children in Texas.

"Governor Abbott has failed us," Dr. David Portugal said, a cardiologist from Houston.

The doctors said they are frustrated and angry that state Republican leaders are willfully endangering the lives of Texans.

They said more than 20,000 COVID-19 cases have been reported among students in the state since August alone.

"That's about 600 students every day getting sick from COVID-19," Dr. Erin Amjadi said who works in Austin.

Dr. Amjadi said that as a physician and a mother she is concerned.

"This vulnerable and unable to get vaccinated population is depending on us to protect them, and the current Texas administration is doing everything but that," Dr. Amjadi said.

"They have chosen to endanger us by doubling down on these reckless strategies that undermine public health and will lead to more outbreaks, more suffering, and more deaths," Jimenez-Gutierrez said.

Dr. David Portugal, a cardiologist in Houston said it's been 18 months since the pandemic started and he doesn't understand how it has become a political issue.

"It is a human issue. Texas physicians and public health officials are trying to take the lead and protect its patients but Governor Abbott and the Republican legislature is getting in the way," Dr. Portugal said.

The rise in cases has led to a surge in hospitalizations. Those hospitals are now relying on out-of-state health workers for help.

ICU beds are in short supply and they're limiting elective procedures.

Dr. Portugal said hospital staff are being pushed to exhaustion.

"Morgues are filling up with dead people who should still be alive," Dr. Portugal said.