Mental health | Would the Warren case have ended differently if Bell County responded?

Family members of Patrick Warren said they called to ask for a mental health deputy. A Bell County Sgt. breaks down what happened and how they respond to calls. 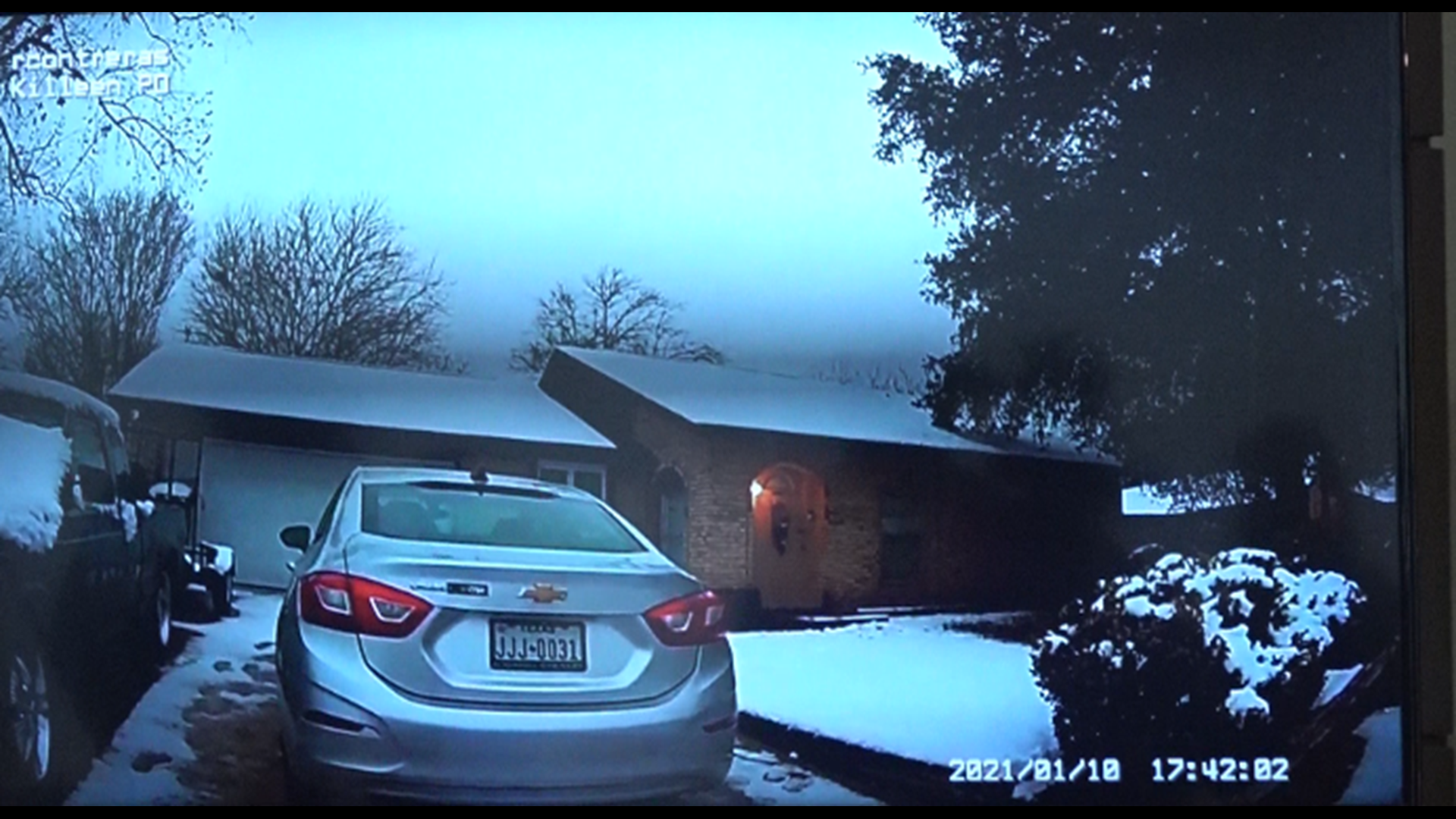 Bell County Crisis Response Division Sgt. Christopher Ellis walked 6 News through how their deputies train, what happened at the Warren residence on January 9 and whether anything could have happened differently.

He said the 1850 course is required for sheriff's deputies and police officers. Both training programs focused on de-escalation and active listening skills. The courses have role-playing scenarios with actors to better handle situations in the field.

He said Bell County deputies also do additional training with local mental health authorities, but those are not required. Ellis said, even with the training, dealing with mental health problems will always be difficult.

"It really is a very difficult situation because you are dealing with an unknown. Each call is an individual call that has its factors. Dealing with these individuals, a lot of times we are going into their homes. It's not a secure location," Ellis said.

Ellis said deputies in the Crisis Response Division dress in plain clothes to be less intimidating and they typically research an individual's call history before confronting them at a location.

Ellis said Bell County Deputy Daryl Coleman, who responded to the Warren Residence on January 9, had taken both training courses.

The Killeen Police Department stated Wednesday that their officers take the TCOLE 1850 course.

In a surprising twist, however, this does not automatically mean deputies are better equipped to handle the situations. Ellis said the two courses use nearly the same material.

"It's almost verbatim. They throw a few things in dealing with the Sandra Bland (case), but it's basics. It's the same training," Ellis said.

Responding to the call

Ellis said no two calls are going to play out in the same way. Still, there are several things they can do to respond to a person who was in a manic state.

"If you have someone in a manic position, we will try to talk them down. If we are able to, we will pull up a chair and ask them to sit down with us instead of being in a defensive posture type situation. Ideally, we do this with another officer there," Ellis said.

Ellis said deputies that responded would typically get the call history for the address they are going to, read reports about those interactions before showing up and could even reach out to the family by phone. He said these are things a patrol officer would not have the time to do.

Deputy Coleman responded to Patrick Warren's home on January 9. Ellis said the Killeen Police Department was first on the scene for that call, just as they were on the following day.

"Killeen arrived, they identified a mental health consumer," Ellis said. "Killeen then called us out and then we responded to the call. It comes in through their dispatch or 911."

Ellis said the main difference between the Saturday and Sunday calls, as far as he could see from the available video, was Warren's current state.

"I have spoken with Coleman. When Coleman arrived, Mr. Warren was very calm. He was willing to speak. We were able to sit down and have a conversation with him to determine that he also contact our mental health authority."

Ellis said Warren spoke to the mobile crisis outreach team with Central County Services. They assessed Warren and they gave a recommendation for hospitalization. Ellis said Warren was taken to Advent Hospital that day to be assessed.

"Mrs. Bobbie Warren called 911 on January 10," Kimble said in a press conference. "She did ask for a mental health deputy, but she also told the call taker that her husband was aggressive, almost physical with their 25-year-old son in the house. Based on that aggression, and also that the call-taker heard yelling and screaming throughout the 911 call that we assumed was Mr. Warren, the dispatcher dispatched the Killeen Police Department."

Ellis said it would have been typical for Officer Contreras to make contact and then contact a Bell County mental health deputy like they did the day before. Ellis said a deputy might be 40 minutes away at the time. Ellis also said Contreras would not have had time to do research on the home's call history because of the nature of the call.

"The nearest, closest officer to that residence needs to respond as soon as possible, without having an opportunity to pull over and thoroughly review each incident that has occurred which can take hours," Ellis said. "I feel as though, the way the call came out, they needed to get there to that residency as soon as possible because of some of the stuff the dispatcher was hearing. That is what happened."

Ellis said he did not know everything about the situation Contreras was in on Friday, but he believes Contreras did not have time to make a call to the Bell County Crisis Response Division. The video shown to 6 News during the Killeen PD press conference Tuesday shows only one minute and forty seconds passed between the time Contreras closed the door to the home and the time Warren appeared at the front door.

"That's a hard one, " Ellis said. "Each call that we go on has variables, factors that we have to address, on the fly. I can't say that if we showed up that it would have turned out any differently."