Her survival and recovery is nothing short of a Miracle - which is also her name. 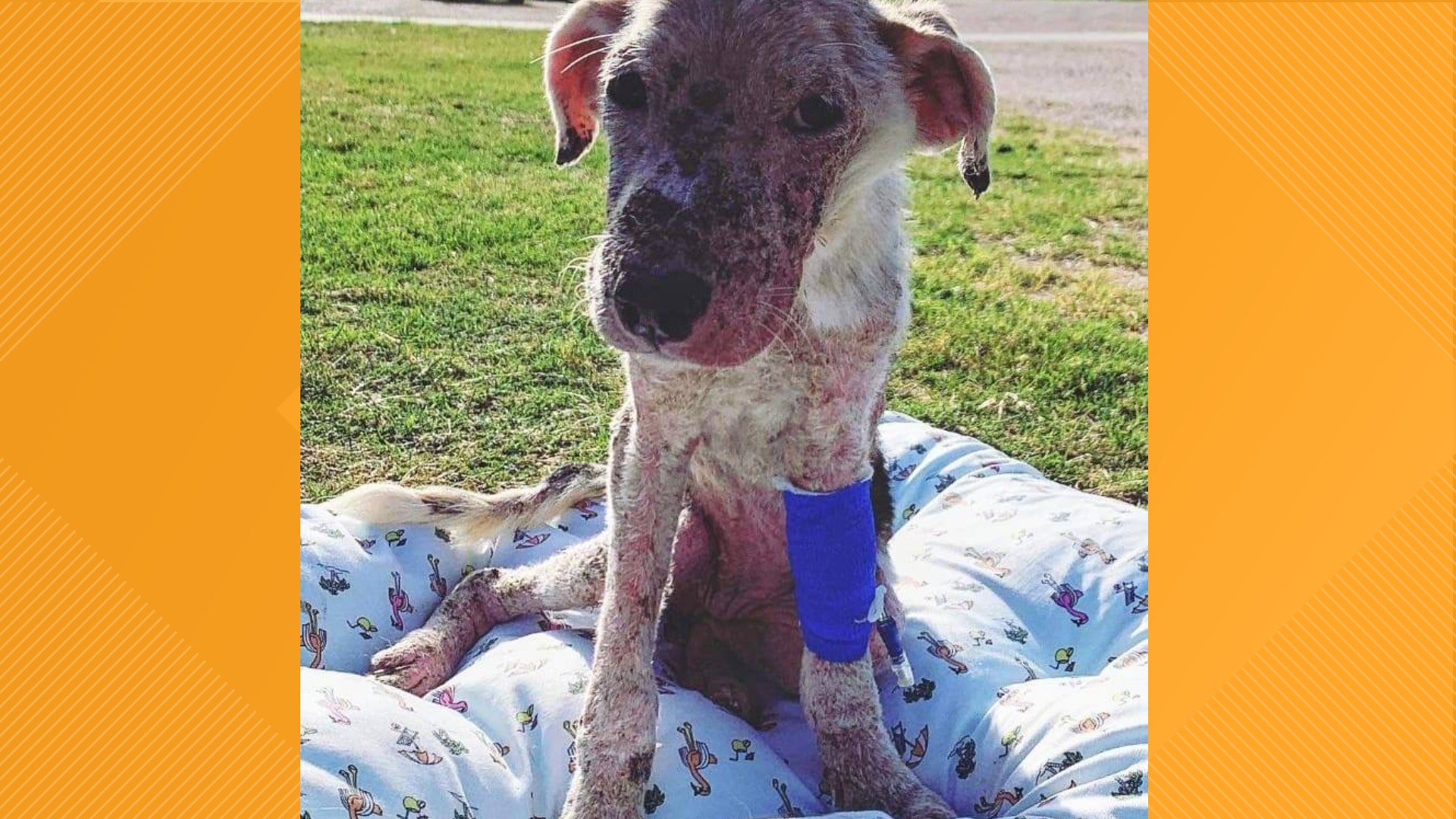 TEMPLE, Texas — A dog left for dead, locked inside a crate and tossed on the side of a Bell County road. Her survival and recovery is nothing short of a Miracle - which is also her new name. In this week’s “Your Best Life” 6 News Anchor Leslie Draffin met Miracle and the Temple animal rescuer who saved her life.

"My stepdad found her. He saw a crate on the side of a road and he stopped to pick up the crate for me because he knows that I do animal rescue, and he ended up finding Miracle. At that time and she was locked inside of the crate, and she was in like absolutely horrible conditions, she was malnourished, she had mange, she had wounds all over her body. She had an abscess on her head, she just looked awful," Shelby Michalewicz said.

In September, someone locked a three-month-old puppy in a crate, zip-tied it and tossed it on the side of the road. That dog needed a miracle and fortunately, she found one thanks to Michalewicz.

"It was the hottest part of the summer too, so if my stepdad wouldn't have found her, she would have died in that crate, and it's just absolutely awful that anybody could even do that to an animal. It's just crazy," Michalewicz said.

Michalewicz’s stepfather brought the dog to her and then they went immediately to a vet. The puppy, who’s new name became Miracle, spent a week getting extensive veterinary care. Then, Michalewicz took her home where she continued to heal.

Almost a year later, Miracle is a happy and healthy dog who loves water, playing fetch, other animals and humans, despite her rough start in life.

Michalewicz said, "She does not sleep on the floor. She has to sleep on the bed at our feet. From the first day, I brought her home I put her up in my bed, even with her scaly skin. My husband was like, ‘Really Shelby?’ But I just wanted her to feel like she finally had a family and I think once I finally got her to bond and connect to my family is whenever her real healing began because she finally knew she was loved."

"I try and leave those to the other rescues but I have a hard time saying no to animals in need," Michalewicz said.

At her place outside Temple, you'll find every animal on old McDonald's farm, and then some. It costs between two and three-thousand dollars a month to feed, water and house the animals. When vet bills come in, like Miracle's, things can get tight.

They usually support the rescue through mobile petting zoos, but with COVID-19, they haven’t been able to work in five months.

Saturday, July 18, they're celebrating Miracle's first birthday and throwing her an outdoor, socially distanced party, complete with a petting zoo, food truck and cake for Miracle. All funds raised will help Michalewicz keep pulling off miracles, like this one.

"She loves other dogs she loves playing, she absolutely loves people, despite what the human did to her she loves people and she loves attention. And thankfully she made a full recovery and she's just an amazing dog," Michalewicz said.

Miracle's first birthday celebration is Saturday, July 18 from 10 a.m. until 3 p.m. at Temple Heat and Air. You can find out more about the event on the event website.