Now, Words Unite Bookstore has three locations. One on Fort Hood, one mobile shop and their newest addition in Harker Heights. 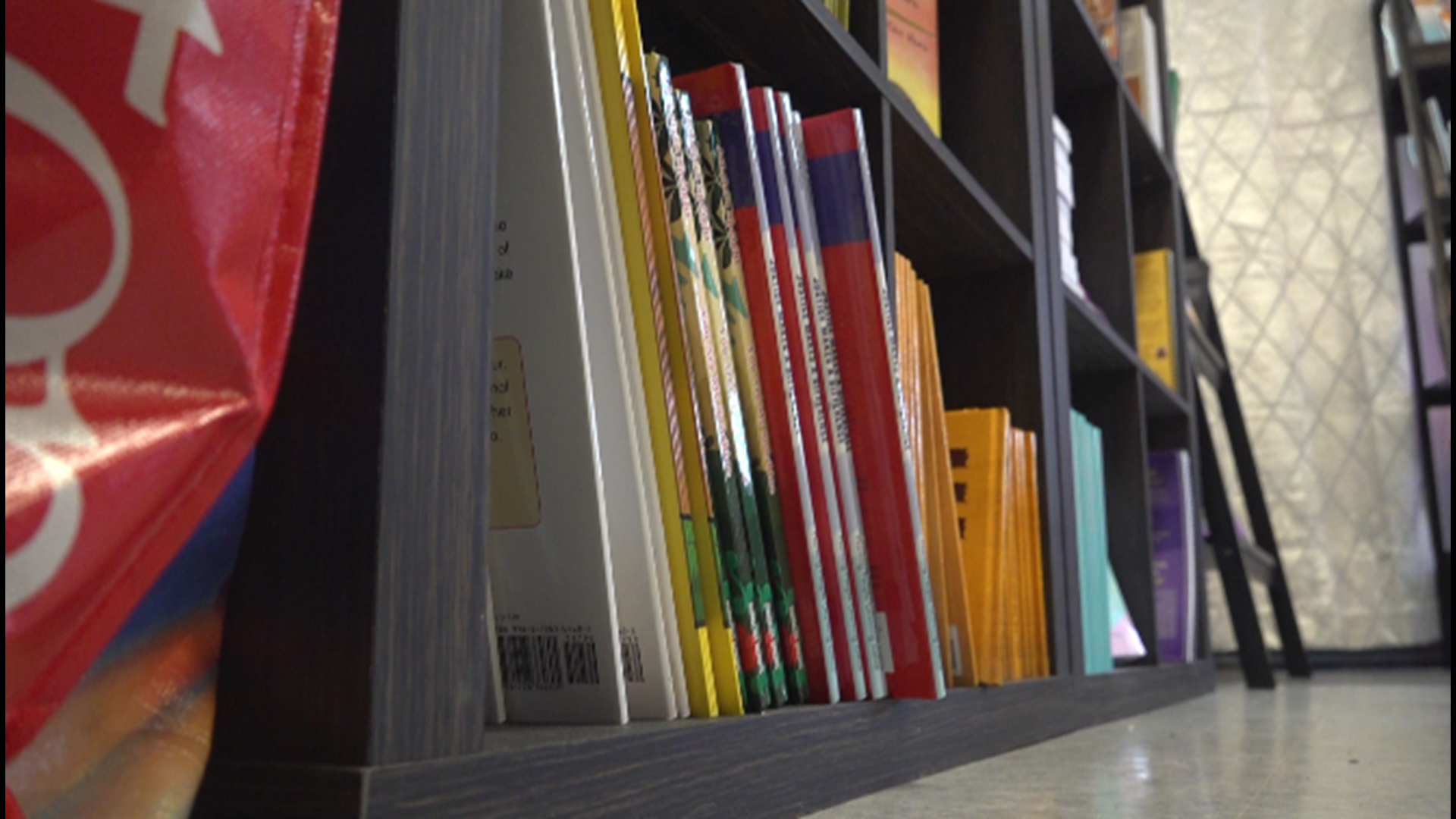 Ashley Marie Booker-Knight, one of the owners of the store, served in the Army for ten years. Following her time in the military, she became a full-time entrepreneur and author. She said she started out selling books as an independent author, partnered with the Army and Air Force Exchange Service. But, she ended up starting a new path with her business partner Qiana Cannon.

"We kind of came together and created this unified force of a bookstore," Booker Kight said.

Now, Words Unite Bookstore has three locations. One on Fort Hood, one mobile shop and their newest addition in Harker Heights.

"We are the profit solution for independent authors. As an individual author, we lose large deductions from mainstream publishing companies or distributors like Amazon and Barnes and Noble," Booker-Knight said.

She said they needed a platform where they could begin to gain a profit for their books. Booker-Knight said the bookstore was the only thing that made sense.

Not only do they work with independent authors, but they also push for younger children to have a passion for literature.

"I got too many kids telling me they can't read, they don't want to read or whatever. It's not the most popular thing they want to do but it can make them dream bigger," Booker-Knight said.

The new Harker Heights location is partnered with the Tap Tap Art School.

"In this time of the pandemic, everybody needs to be thinking of a way to be shifting in a collaboration effort," she said.

The partnership works to ignite a passion for art, literature and music all under one roof. But, the Harker Heights spot isn't just a new bookstore location, Booker-Knight said it's a new location for hope.

"If you need a pick me up, if you need to be motivated to continue on and to press past the suck that we're all facing right now, this is the place to be," she said.

Booker-Knight said they also highlight black authors inside the shop. She said her mentor coached her into the importance of having a black-owned bookstore.

"I wanted to still highlight that and capture that as a black woman and a black-owned business and understanding with my black kids they would need to know what entrepreneurship avenues of us having our own would look like, but also igniting that reading expansion of different subjects and different genres as well," Booker-Knight said.

In addition to everything else, inside there is a "Wall of Honor".

The wall is based around Booker-Knight's battle buddy, Nigel D. Kelly who was killed in Afghanistan. She also has photos of other military members who she has served with who have died as well as Spc. Vanessa Guillen.