The Humane Society of Central Texas is asking people to try and find a stray pet's owner before taking them to the shelter. 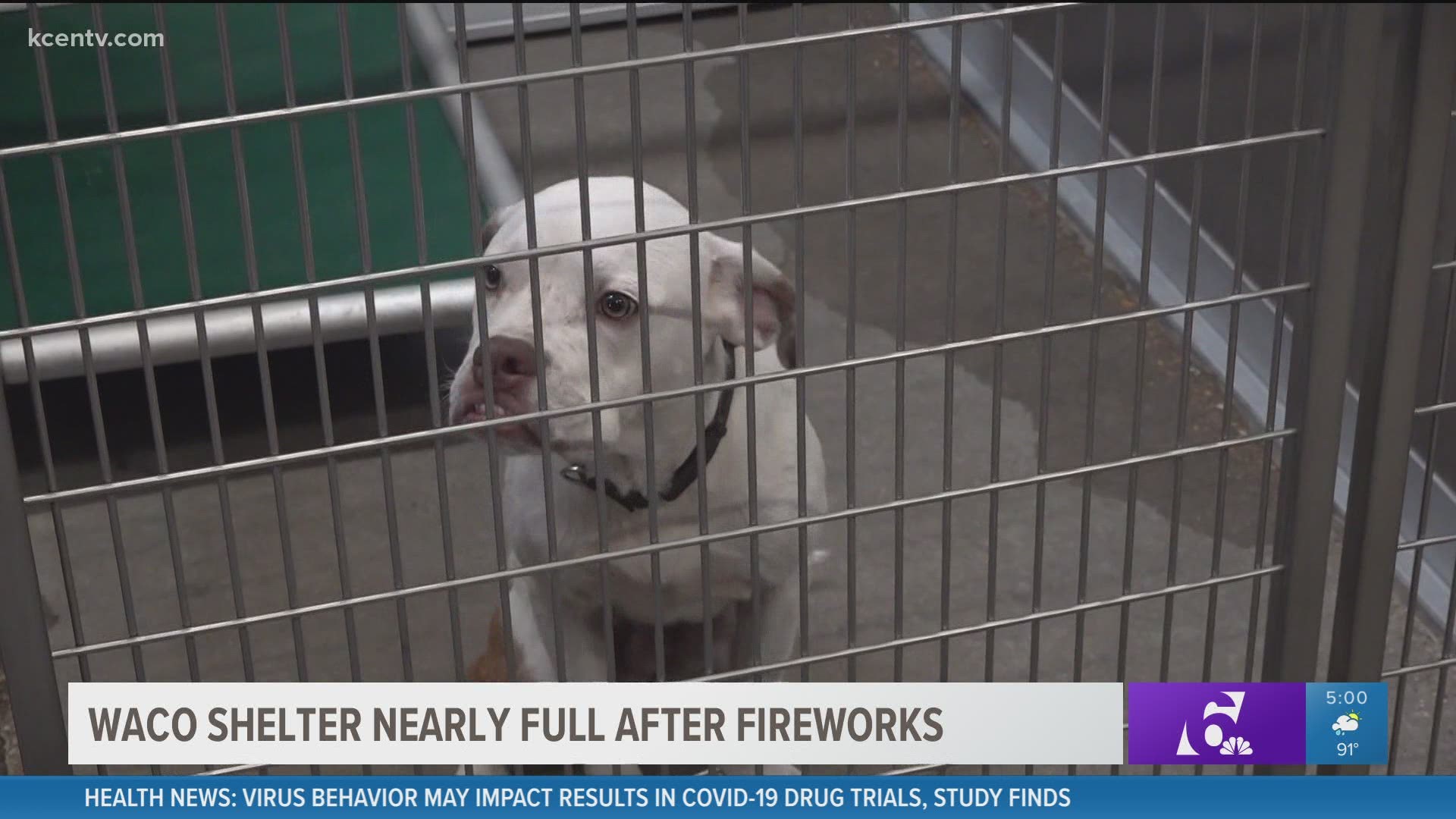 WACO, Texas — The three-day Fourth of July weekend gave people plenty of opportunities to celebrate and shoot off fireworks. Now those festivities have left the Humane Society of Central Texas shelter in a bind. The Waco-area shelter has around 119 kennels to take care of animals.

By Tuesday afternoon, they had only three available.

"It's been a disaster for us here at the animal shelter. We've had an unusual amount of people coming in saying they've lost or found dogs and the phone calls have been non-stop. Hundreds of people have called," Executive Director Paula Rivadeneira said.

Rivadeneira told 6 News the Fourth of July is normally tough on shelters as they always see an influx of strays, but this year was particularly bad.

"This seems much worse than usual," Rivedeneira said. "Thursday, Friday, Saturday, Sunday, everyone's been complaining about fireworks. It's been non-stop."

With almost no space left, the shelter is asking people who find strays to post on the Central Texas Lost and Found Pets Facebook page, and use apps like Nextdoor to locate pet owners. Rivedeneira said the Facebook page alone had more than 60 posts in the last day and that it help pets find their way home.

People who want to find out if a pet has a microchip can visit Humane Society of Central Texas, any veterinarian or a Waco Fire Department station in the area.

If a person can't find an animal's owner right away, the shelter can also provide blankets, food, treats and other supplies to help that person take care of the pet for a few days and give the owner a chance to see the post.

If a person surrenders an animal at the shelter, they generally must pay $50 to do so. If the animal is not spayed or neutered, the owner may have to pay around the same amount to get them back.

The Humane Society of Central Texas is located at 2032 Circle Road in Waco, Texas 76706.