Copperas Cove activist Stephanie Perdue was among hundreds of activists and allies who went to speak against House Bill 25 on Wednesday. 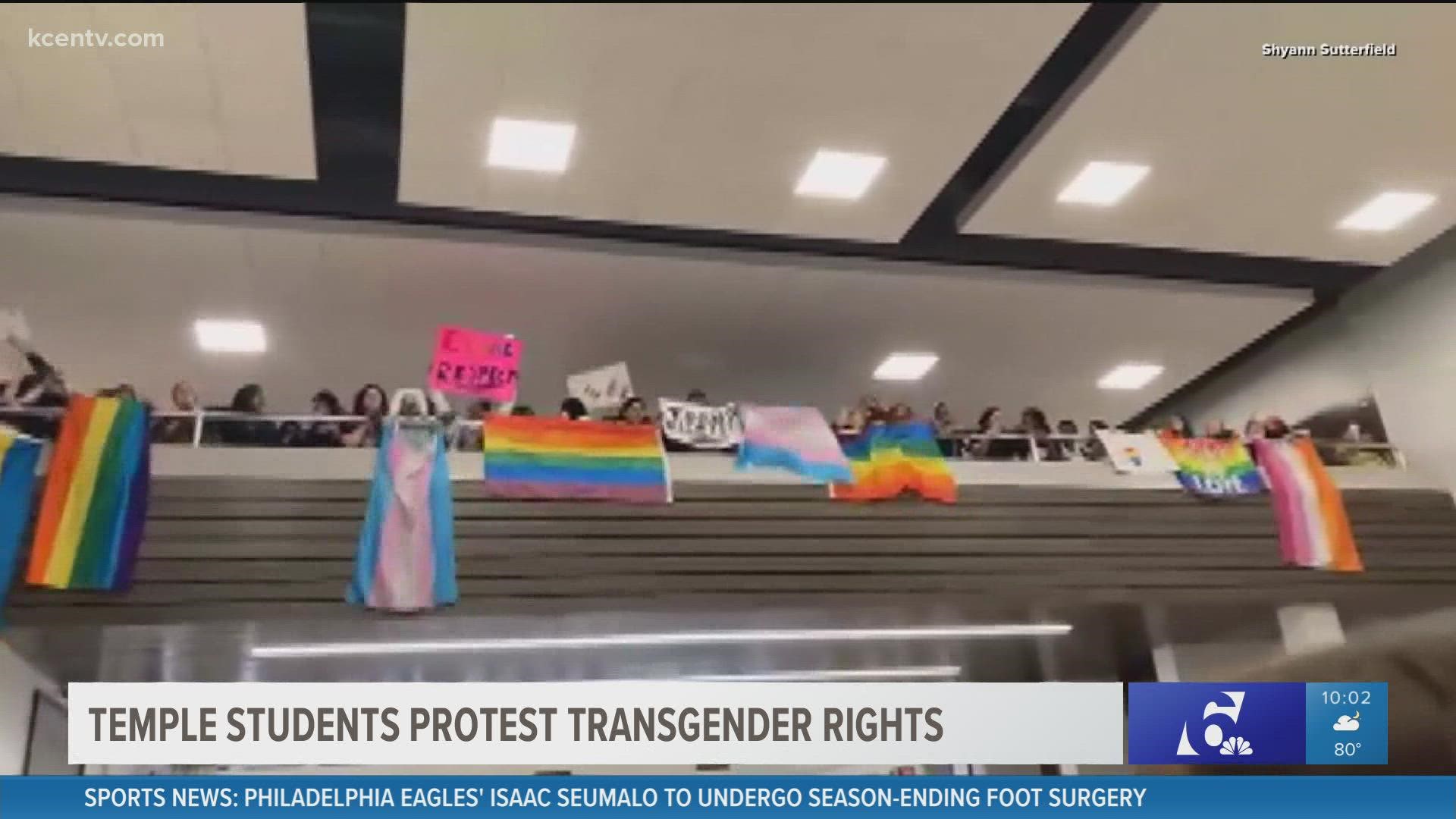 "It always feels good to make a difference and to know that your voice was heard," said transgender educator and activist Stephanie Perdue. "These are children at the end of the day, who deserve to know they are just like everyone else."

Perdue was among hundreds of activists and allies who went to speak against House Bill 25 Wednesday, which requires Texas transgender youth to compete in public school sports under their biological sex.

This was the fourth consecutive legislative session of 2021 surrounding the bill. In under two minutes, more than 99 people had signed up to speak before the House Select Committee on Constitutional Rights and Remedies.

After more than eight hours of emotional testimony, the committee voted 8-4 along party lines to advance the bill. If the bill passes in the House, it will then head to the Senate for approval.

The experience for Perdue is one that she knows well. She has been fighting for transgender rights since 2004. However, the activist really became active in 2017 with the Texas bathroom bill. This was the second time this session she spoke out against the bill.

"I have gotten emails from staffers, telling me I am doing a good job and that my voice is being heard, it encourages me to keep going on," said Perdue. "Every voice makes a difference, every story makes a difference. That's for both sides. We all have our opinions."

Swanson believes the bill is needed to protect biological women in sports.

"We all know men and women are built differently and the results prove the unfairness of forcing our daughters and granddaughters to compete against biological males," said Swanson. "To say otherwise doesn't just reject biology, it denies girls their dignity, self-confidence and humanity."

The bill has passed in the Senate four times in 2021, but died in the House each time. Last time, according to officials, the bill was stuck in the hands of the education committee.

Even with the differences in opinion, Perdue was still happy to know there was positive feedback from not only those in Congress, but also from the LGBTQ+ community.

"I love seeing the community and allies come together," said Perdue. "To see hundreds of people, it just makes a huge difference knowing that you're not alone.

The activist hopes the bill will not pass and has a positive outlook of the future for a better Congress.

"I still have faith that someday we will get together to say that we are supporting great legislation and not bad legislation, one day it will happen," she said.