Vanessa Guillen mural artist: 'We are not going to let the story die'

Vanessa Guillen's sister misses her bright smile. She is grateful for the support from all over the country. 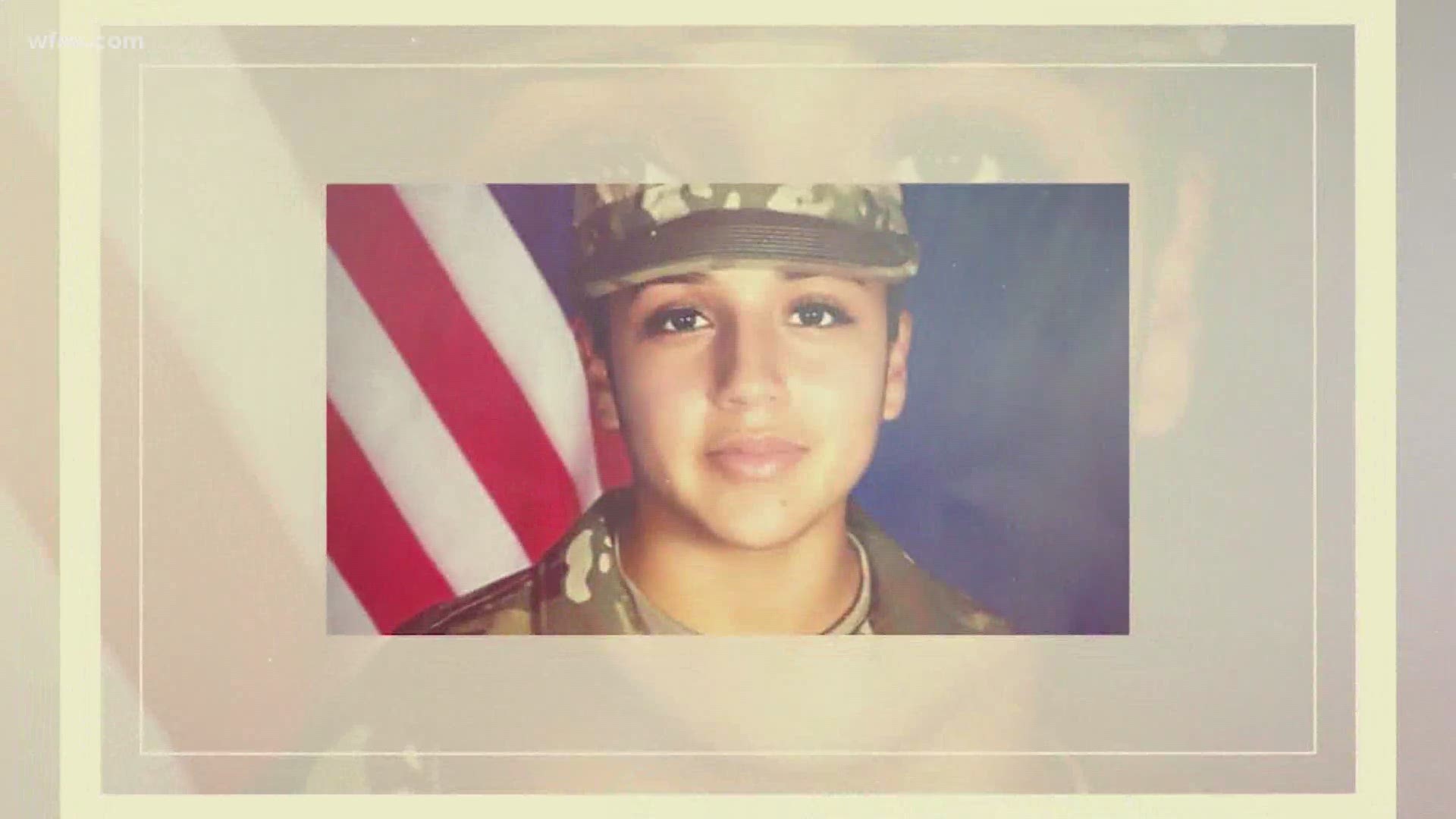 FORT WORTH, Texas — "She always had this bright smile," said Mayra Guillen, the older sister of Army Specialist Vanessa Guillen.

She misses her sister's goofiness. She said SPC Guillen loved playing sports and doing anything outdoors. The two are only one year apart in age and shared a room growing up.

"It was hard to take in," said Mayra. Her sister disappeared in late April.

Investigators say SPC Guillen was killed in an arms room at Fort Hood by another soldier, Aaron Robinson. According to the federal affidavit, he and a civilian, Cecily Aguilar, dismembered, burned and buried the 20-year-old's body.

"I would have wanted them to at least have kept her in one piece, but they couldn't even do that. As long as we give her a proper goodbye, I'll have to be okay with that," said Mayra.

She is grateful for the support the family has received. She said it helps them through this fight to find justice for Vanessa Guillen.

In Fort Worth, Texas, a mural was painted last weekend of Guillen. Hundreds marched the streets in her honor. Flowers and candles are left by the mural to grieve the loss of the young soldier.

Artist Juan Velazquez, in the Army Reserve, and many others will be painting a second mural in Downtown Fort Worth on Saturday. He is disappointed that a soldier would hurt one of their own. But he hopes through the mural, the family can feel strength and comfort.

"There are a lot of soldiers that care," said Velazquez. "We are not going to let the story die."

He said the second mural will be one where SPC Guillen is not in uniform. It will be a portrait of her smiling.

As her sister said, "She always had a bright smile."

Mayra and her family are pushing for change. She wants SPC Guillen's chain of command to be investigated. She also wants a better system for soldiers to report sexual harassment or assault. She hopes her sister's death can help other soldiers in the future.