Vital declared for the draft shortly after the Bears celebrated their 2021 national championship. 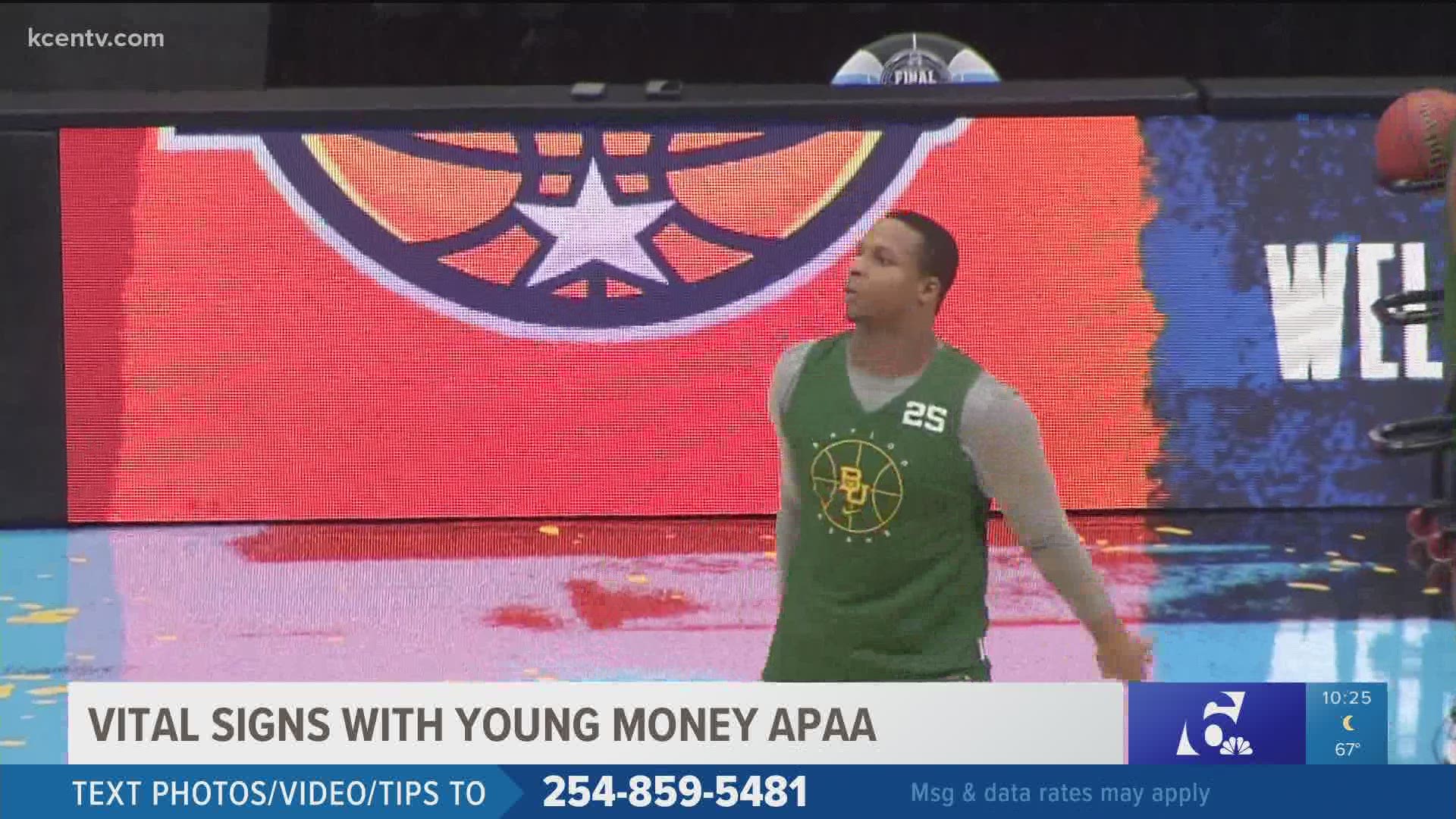 WACO, Texas — Baylor forward Mark Vital has now signed with an agent ahead of this summer's NBA Draft.

Vital averaged 5.6 points per game in his final season at Baylor with 6.7 rebounds per game as a fifth-year senior.

Of the four Baylor Bears to declare for the 2021 NBA Draft, Vital is the third to sign or announce intentions to sign with an agent after guards Davion Mitchell and MaCio Teague.