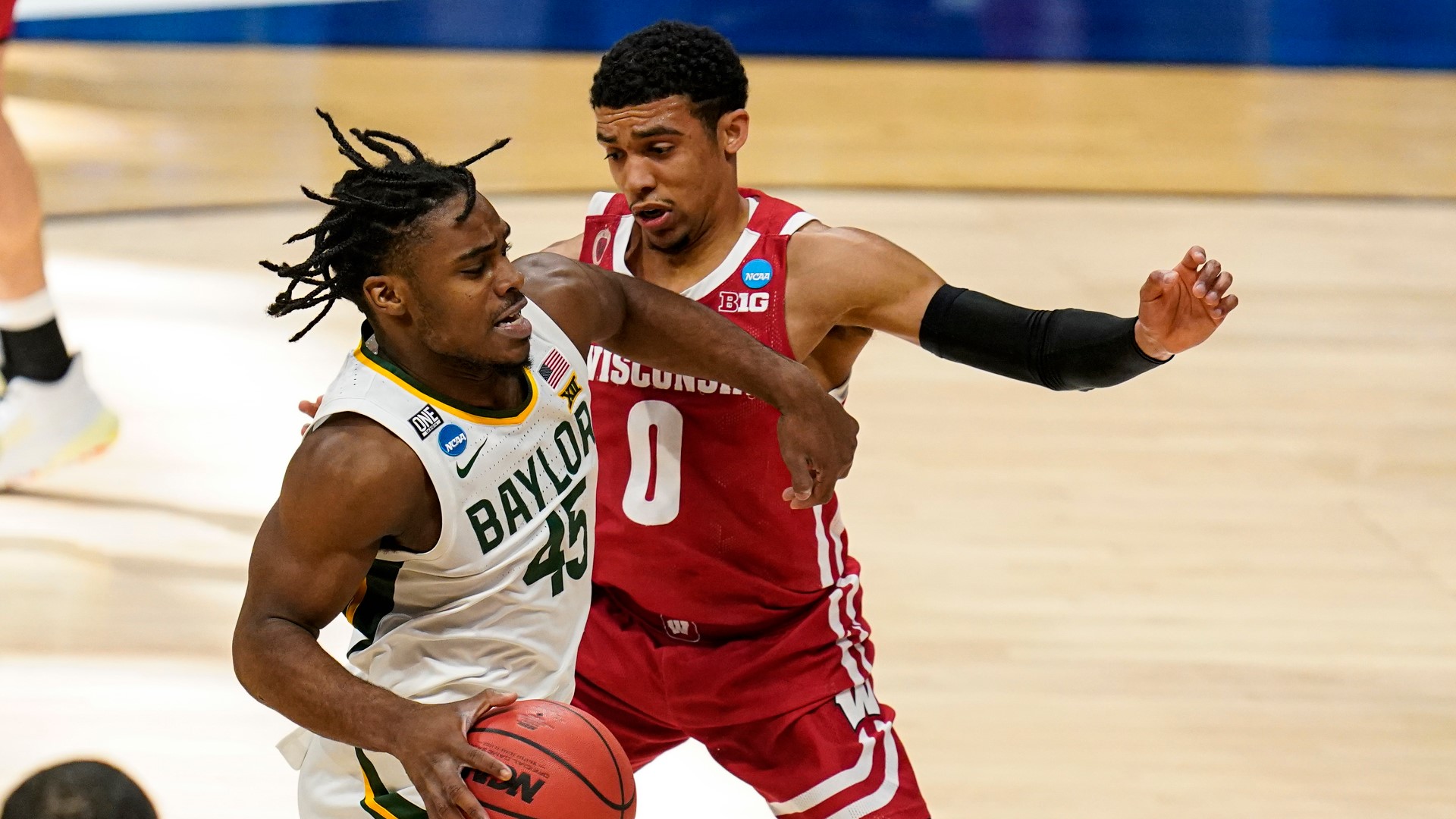 WACO, Texas — Baylor University's Davion Mitchell was awarded the title of Defensive Player of the Year by two different groups on Friday.

Mitchell scored the Naismith Men's Defensive Player title and the National Association of Basketball Coaches tile for his work with the Baylor men's basketball program.

Mitchell was one of four finalists for the Naismith Defensive Player of the Year, and he was selected for the award ahead of Alabama’s Herbert Jones, USC’s Evan Mobley and Utah State’s Neemias Queta. Mitchell was one of 10 semifinalists for the same award last season, along with teammate and 2020 award finalist Mark Vital. Both Mitchell and Vital repeated as semifinalists in 2021

He is the first player in the program's history to win the NABC defensive player title, according to the post.

Mitchell was also named the recipient of the 2021 Lefty Driesell award.

“It’s simple. Davion Mitchell is the best on-ball defender in college basketball and it’s really not even close,” Vice President of CollegeInsider.com Angela Lento said. “The young man they call “Off Night” is special.”

The 6-foot-2 junior earned the nickname “Off Night,” because the player he guards almost always has an off night.

Mitchell was also named an All-America Third Team honoree by the AP, NABC and Sporting news. He is the first player in program history named Big 12 Defensive Player of the Year.

The Lefty Driesell Award is presented annually to the top defensive player in Division I basketball. It is named in honor of legendary former coach Driesell who won 786 games in 41 years at Davidson, Maryland, James Madison and Georgia State. He ranks eighth on the NCAA career Division I coaches victories list and his teams at each stop were known for playing tenacious defense.