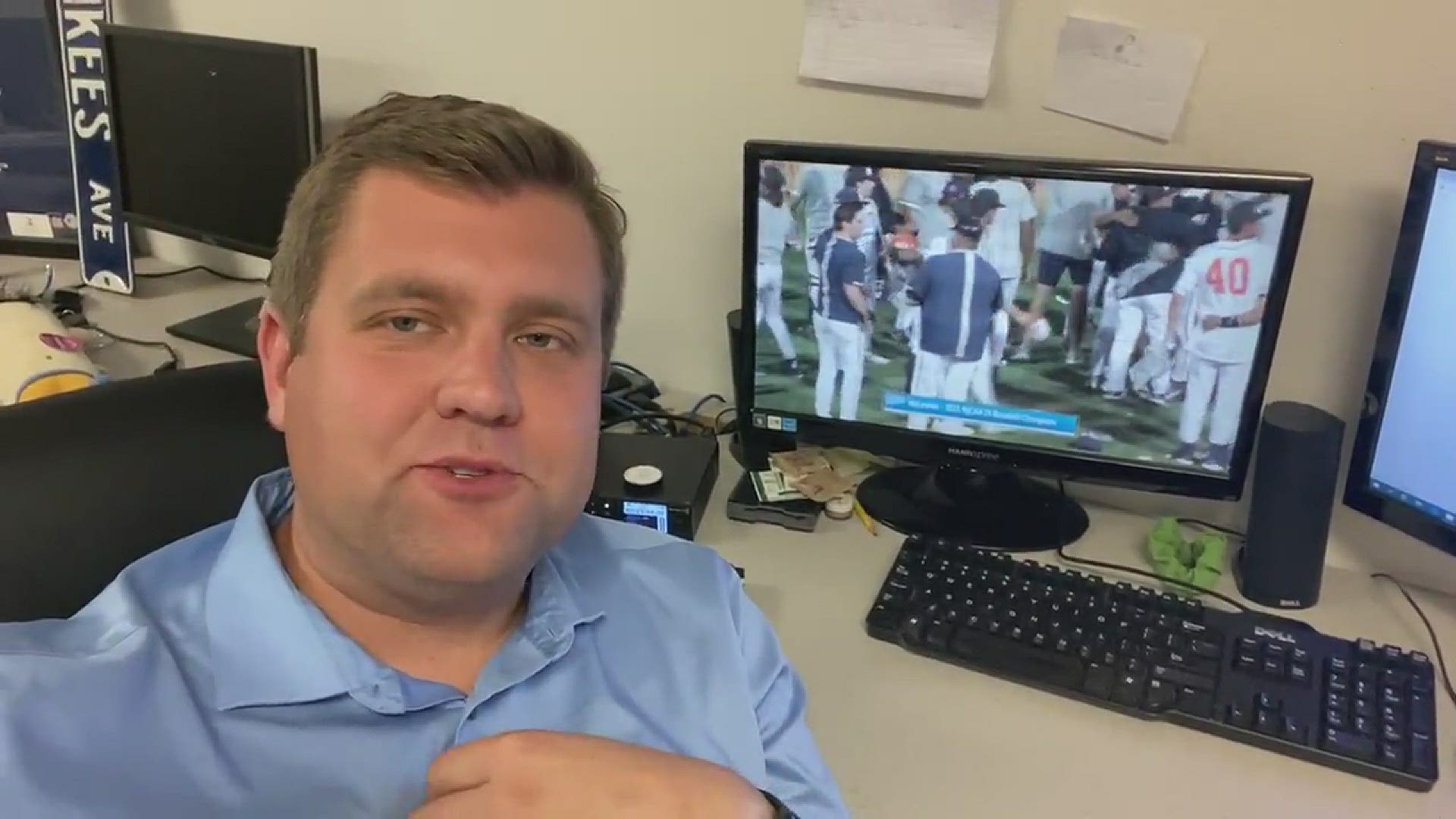 GRAND JUNCTION, Colo. — For the second time in program history, the McLennan Highlanders are national champions in baseball.

It was MCC's first time in the finals since 2015, Mitch Thompson's second season leading the program. The program's only other national championship came in 1983.

The first three runs of the game were all solo home runs from, in order, Central Arizona's Kiko Romero, MCC's Dominic Tames and then the Highlanders' Miguel Santos.

Then, the Highlanders scored four runs in the eighth to seal the deal and bring a national championship back to Waco.