'You should treat people the same way you want to be treated:' Bless Cuts Barbershop in Killeen welcomes children with special needs

A Killeen barbershop is being praised by parents of children with special needs for its welcoming environment. 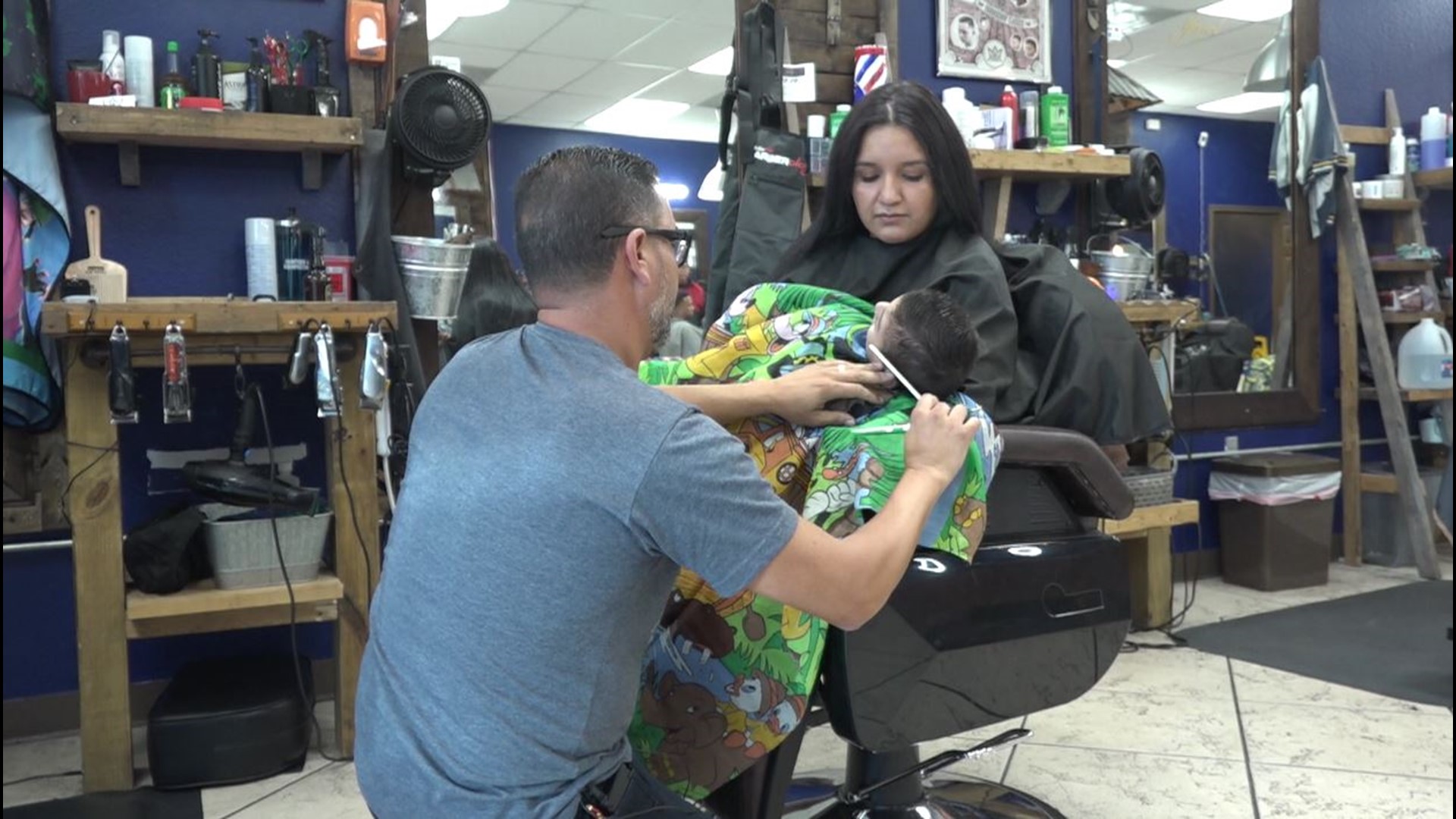 A Killeen barbershop is being praised by parents of children with special needs for its welcoming environment. Parents said they often have a hard time finding the right fit when it comes to barbers.

John Pineda is 9 years old and has dealt with a lifetime of challenges. Pineda has Cri du chat syndrome, a rare genetic disorder. He also has sensory processing disorder, a breathing tube in his throat, was once in a 2-week long coma and requires around the clock care.

"When he was born the only thing they knew was what they found on Wikipedia. The doctors only gave him 24 hours to live," said Pineda's mother Nancy Martinez.

Because of Pineda's condition, his mother said barbers in 17 states have turned Pineda away.

"Sometimes they would make the appointment and once we arrived they would say 'no' and we'd have to leave," Martinez said.

Nancy said other times the barbers would grow impatient and stop mid-way through and send her son home with half a haircut. Martinez, who is a single mother, said she was often left to cut Johns hair herself, which is an hours-long process.

"I had to cut it while holding him in his chair so that became even harder," Martinez said.

Things changed for the better when the mother and son visited Bless Cuts Barbershop in Killeen, where the barbers didn't hesitate to cut Pineda's hair.

"You should treat people the same way you'd want to be treated in that situation. We always like to welcome everybody. It doesn't matter who you are, where you come from, how you are. It's always a pleasure to just welcome you in and get you a nice haircut," said Edwin Tirado and Moises Serrano, the Bless Cut Barbers who cut Pineda's hair.

Parents of other children with special needs caught wind of the welcoming environment at the barbershop and started bringing in their children too. Danielle Fitzpatrick's son, Nakai, has been a customer at the shop for the past year.

"Nakai has down syndrome, he has seizures and he's very sensitive to touch so I was nervous about finding someone he was comfortable with. However, the first day we came, Nakai was very comfortable with the barber. The number one thing that I needed was someone who had patience and they have a lot of patience with him here," Fitzpatrick said.

Danielle and Nancy say the experience allows their children to get the same haircuts as kids their age and to feel included. They're hopeful the strides being made in the barbershop have an impact across the country so that other kids just like John can feel the confidence after a fresh cut too.

"We always talk about spreading awareness about disabilities but we never talk about actually accepting people with disabilities," Martinez said. "So for the barbers to take the time to actually accept him for who he is and just see him as another child who needs a haircut is what everyone should strive for."

If you know of someone who should be in the Central Texas Spotlight, contact Emani Payne.